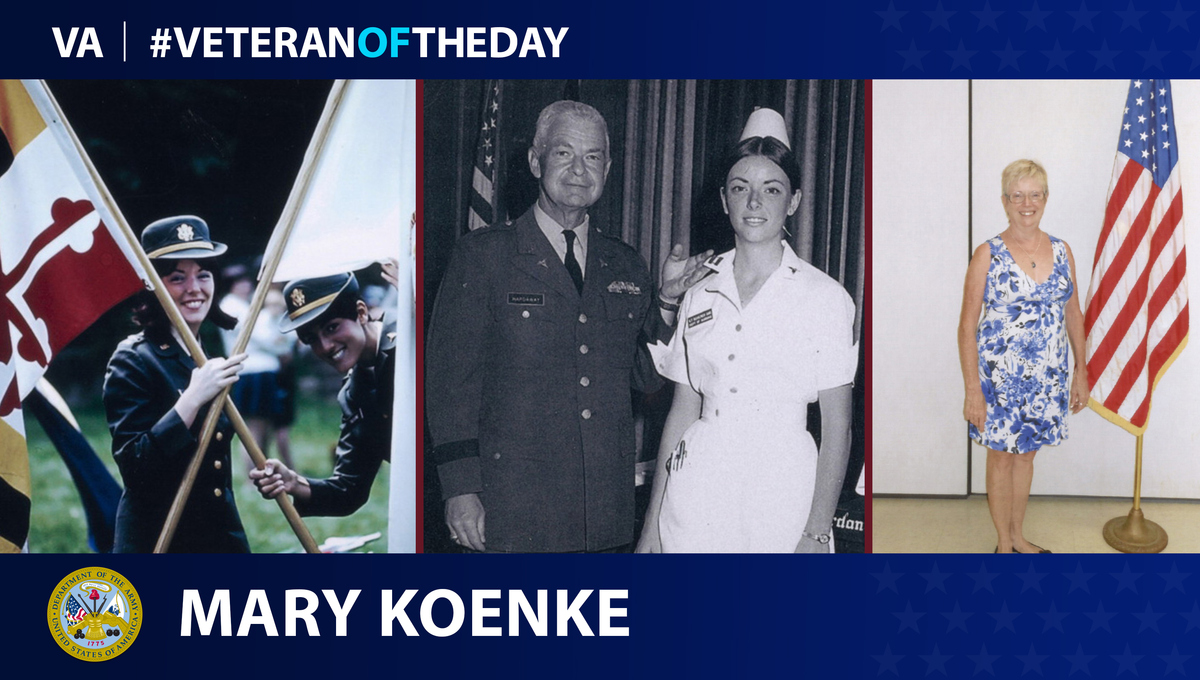 Today’s #VeteranOfTheDay is Army Veteran Mary F. Scherer Koenke, who served as an Army nurse in Texas and Colorado in the 1970s.

Mary F. Scherer Koenke was born in Chicago, Illinois and came from a military family.

“The nurse was the boss. If you had a general as a patient, tough luck!” Koenke said. “You know, when you had him as a patient, you could tell him what to do. So, there was a lot more freedom and I felt a lot more dignity.”

She commissioned in 1970 and went to William Beaumont Army Hospital in El Paso, Texas. While serving there, she met her husband-to-be, an intern studying to become a physician, while taking flying lessons at nearby Fort Bliss.

At first, she served in the intensive care unit but she did not enjoy serving there.

“Intensive care nursing wasn’t for me,” Koenke said. “It was so much involved in acute care and IV’s and you were always on alert, you know. There was little time for any interaction with patients and many were very, very sick, so you couldn’t really interact. I thought to myself, ‘I feel like I’m hiding behind an IV pole.’ So, at that point, after a year of serving within the intensive care unit, I asked for advanced training in mental health.”

In 1976, Koenke received a medical discharge from the Amy. She said the decision was difficult, as she had been deeply committed to serving her country through a career in military nursing.

Soon thereafter, she received a master’s degree and went on to a very successful and fulfilling career as a mental health nurse, while also meeting her second husband. She said her military service broadened her life.

“It exposed me to the reality of the world at the time. I hope that I can use my experience during that time to have a deeper compassion, certainly for those who are on the margins of society and more vulnerable. I enjoyed serving my country -I’m very patriotic.”