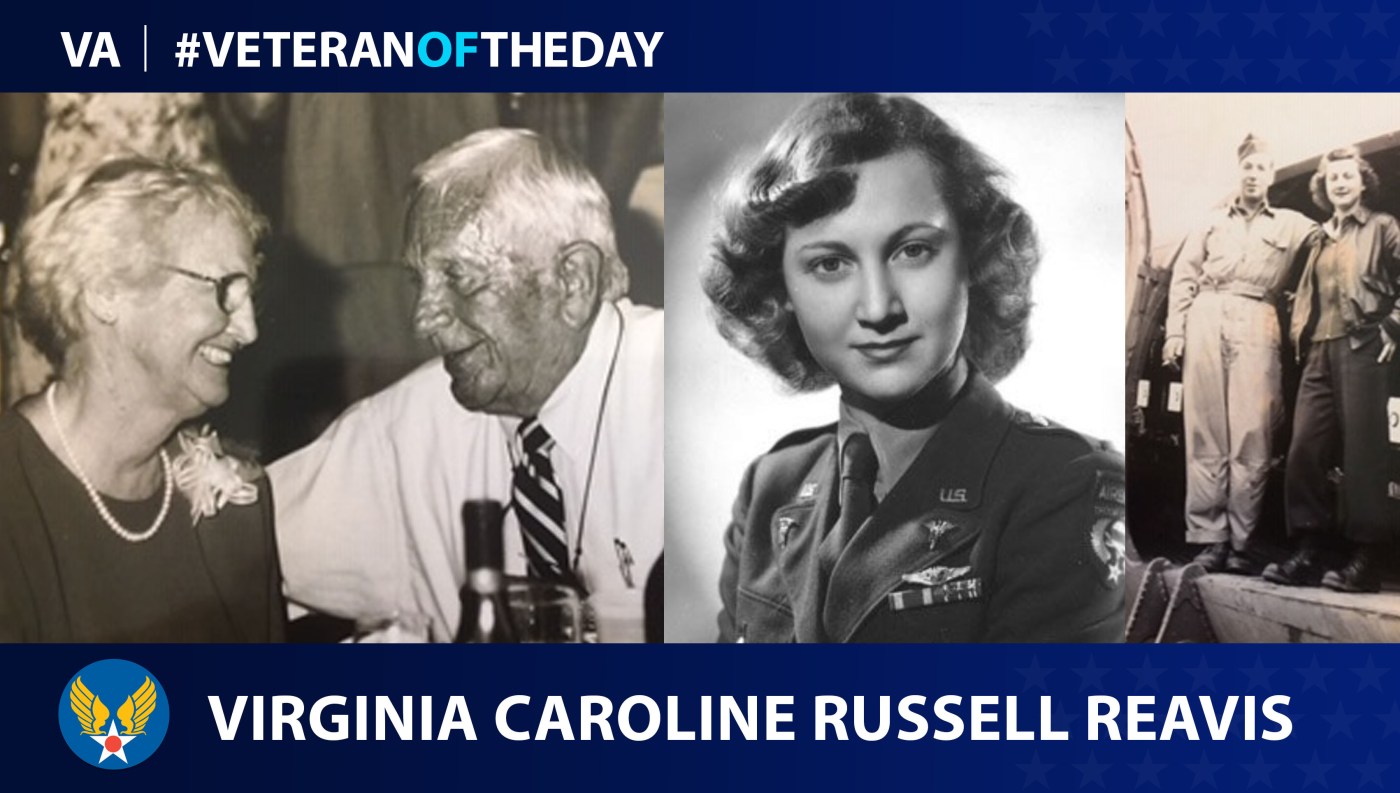 Virginia Caroline Russell Reavis was born in October 1920 in Hubert, North Carolina. She attended high school in Swansboro, North Carolina, and graduated from Louisburg College. In 1942, upon completing nursing school, she voluntarily enlisted in the U.S. Army Air Forces as a nurse at the 65th General Hospital at Duke University.

Reavis joined the Army Air Forces at Fort Bragg, North Carolina. She spent eight months there working in the ward until she, along with her friend Emily Lewis, joined air evacuation. Reavis then transferred to Bowman Field in Kentucky for six months of extensive training. After completing training, she served with the 810th Medical Air Evacuation Squadron, which she remained a part of until the end of World War II.

In December 1943, Reavis’ squadron deployed to England, which became their home base. She spent two years there taking care of wounded soldiers and making transatlantic runs, which served to send out supplies and return wounded soldiers to the U.S. for intensive care. She was often the only nurse on board. It was during one of these flights that Reavis met her husband Clay, who was a pilot.

In 1945, Reavis’ squadron moved to Preswick, Scotland, where they continued to make transatlantic runs until the war was over. Reavis then transferred to Charleston, South Carolina, where she discharged in December 1945 as a first lieutenant. During her service, Reavis received an Air Medal.

In 1947, she married Clay, the pilot she met during the war, and they moved to California, where they lived for 52 years. There, Reavis and her husband raised four children, and Reavis continued to work as a nurse.

In 2000, Reavis moved back to her hometown of Hubert, North Carolina, where she enjoys spending time with her four children, eight grandchildren, and three great-grandchildren.