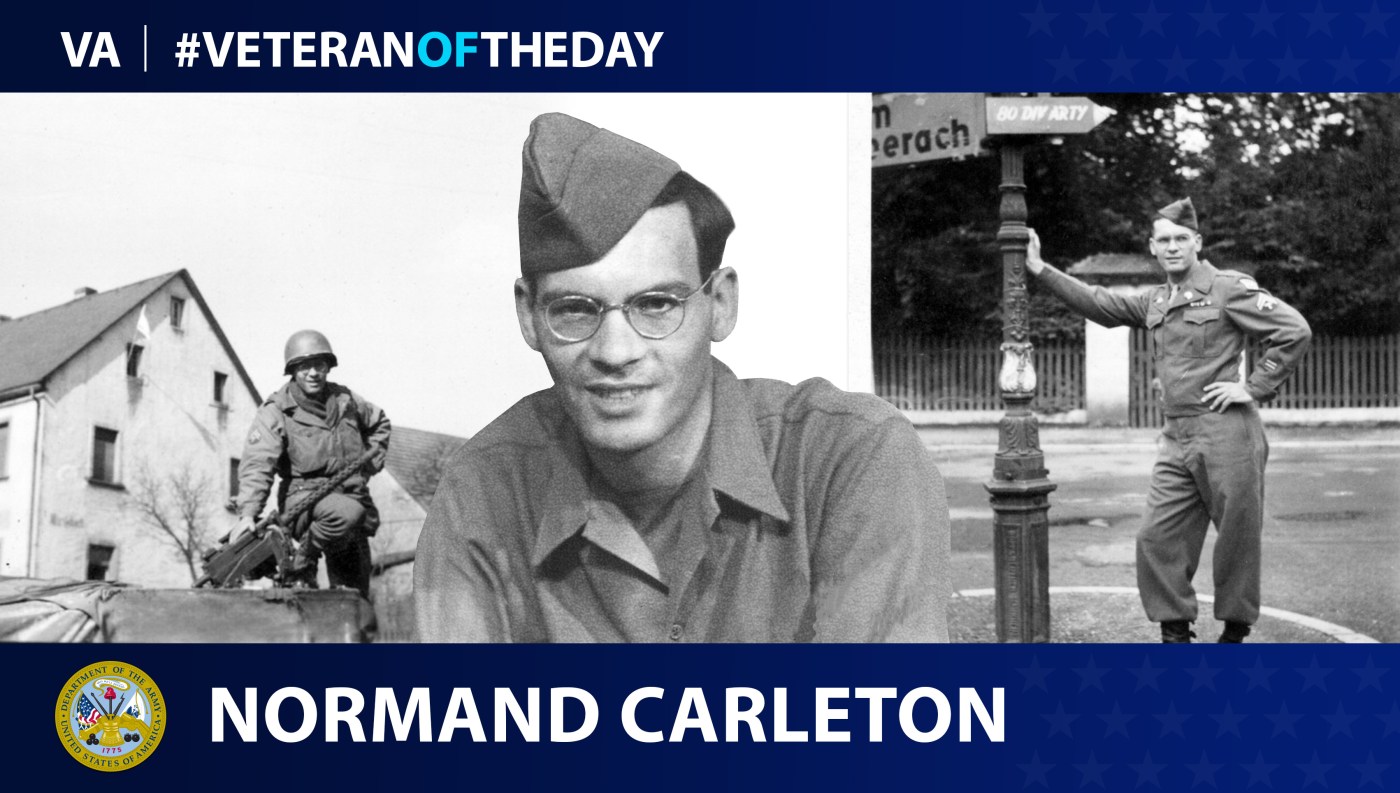 Today’s #VeteranOfTheDay is Army Veteran Normand Henry Carleton, who served during World War II in the European theater as a tank technician.

Normand Henry Carleton was born in February 1920 in Bristol, Connecticut. Upon reporting for his first military physical, the Army said they would not draft him because of his poor vision. After hearing this news, Carleton and his girlfriend Lora married. Just two months after their wedding in 1942, the Army called Carleton once again to report for a physical, this time drafting him immediately. For the first six months of service, Carleton served at Fort Benning, Georgia, where he worked as a vehicle mechanic in the 423rd Armored Field Artillery Battalion, 10th Armored Division. Carleton then transferred to personnel due to his typing skill, where he handled insurance and personnel papers and soon earned a promotion to technician fifth grade.

After a short time at Camp Gordon, Georgia, now Fort Gordon, Carleton and his unit boarded ships and sailed 20 days to the coast of England. While serving in the European Theater, Carleton became a driver and radio operator of M-4 tanks. His division pushed through France, taking cities back from the Germans, including Trier and Metz.

As the German forces retreated, Carleton’s unit advanced into Germany. Normand slept under his tank during German bombing raids, and in one instance drove his tank over a German mine, causing the tank track to blow off. Once, while staying in a house in a small German town, Carleton heard shelling all through the night. In the morning, he looked outside and saw an unexploded 88-shell protruding from the side of the house.

When the war in Europe ended, the Army transferred Carleton to the 80th Armored Division. Carleton discharged Jan. 9, 1946, at Fort Devens, Massachusetts. When he came back from the war, Carleton attempted to join the Connecticut State Police but was turned away due to his poor eyesight. He soon found a position with the post office, where he worked for 33 years until retiring in 1977.