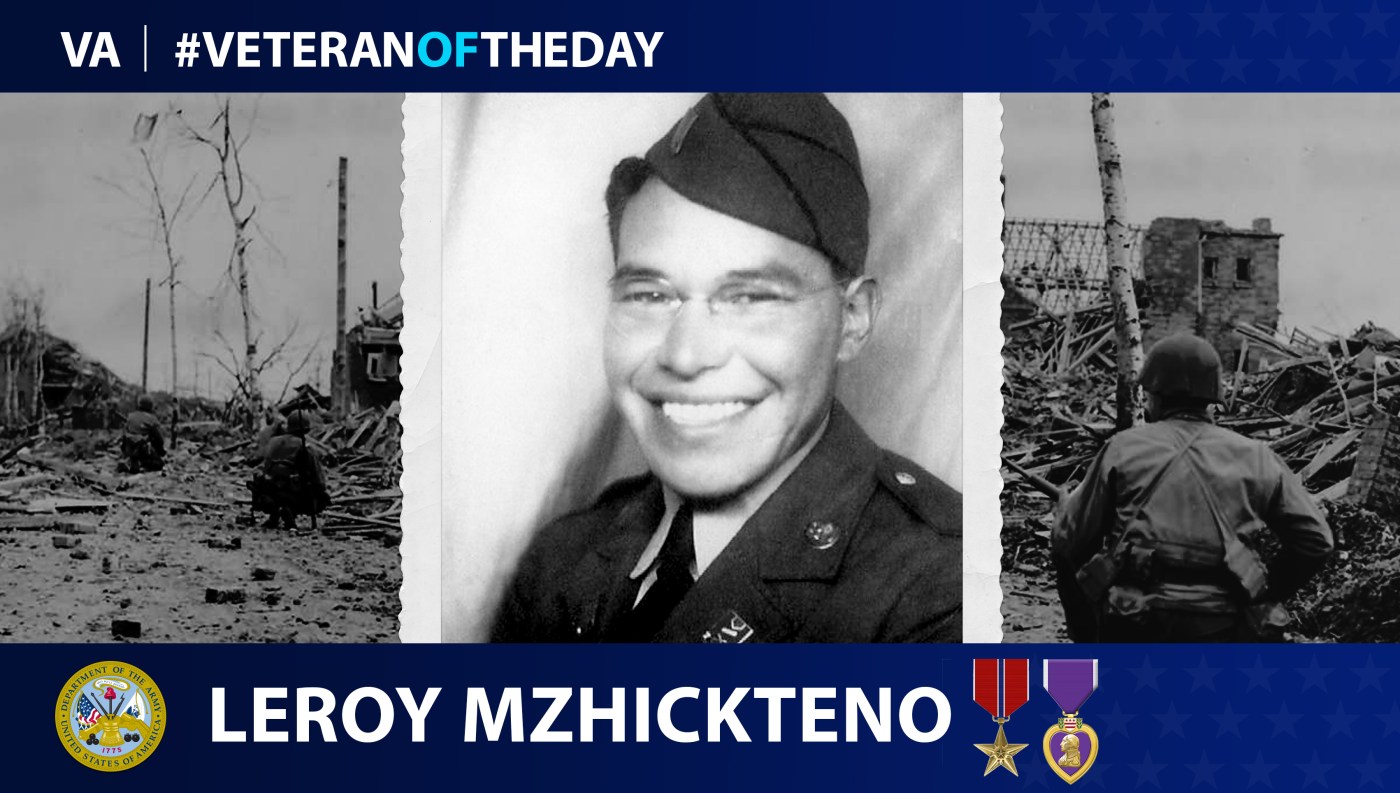 Leroy Mzhickteno grew up on a Potawatomi Reservation during the Great Depression. When he graduated high school in 1939, he decided to enlist in the National Guard. After the attack on Pearl Harbor in 1941, Mzhickteno joined the 137th Infantry Regiment with the 35th Infantry Division.

He was first sent to Fort Ord, California to guard against a possible Japanese invasion along the West Coast. In 1943, Mzhickteno went to Camp Rucker in Alabama, then Camp Butner in North Carolina for infantry training.

After training, Mzhickteno sailed to England and arrived in Liverpool. He reached Omaha Beach in Normandy, France, about a month after D-Day. His regiment’s mission was to chase the retreating Germans throughout Normandy. He traveled with his regiment through France until a mortar shell inured him near the French-German border. He was hit in the back by a piece of shrapnel but quickly received medical attention.

Mzhickteno spent time recovering in hospitals in Paris and England. After he recuperated, he went back to his company, now in the Ruhr Valley of Germany, and continued to pursue the German Army. In Germany on Victory in Europe Day, Mzhickteno celebrated in a nearby town. He then came back to the U.S. to settle down with his wife. The first thing he did when he came home was to get a haircut. During his service, Mzhickteno received a Purple Heart, a Bronze Star Medal, a Combat Infantry Badge and an Order of Saint Maurice Medallion.

Throughout his life, Mzhickteno worked diligently and devoted time to his family. He passed away in 2009.