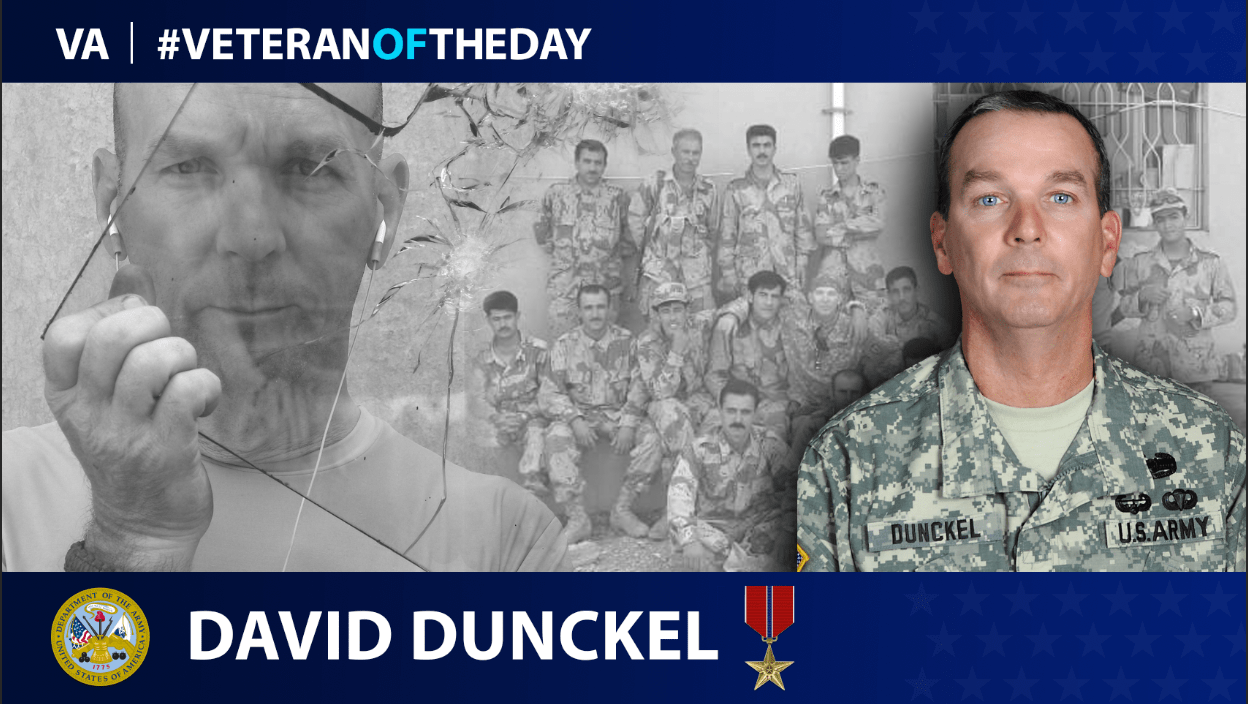 Today’s #VeteranOfTheDay is Army Veteran David Dunckel, who dropped out of high school and served for 26 years, including a tour in Iraq.

David Dunckel grew up in a military family. He felt that he needed to enlist because it was both a tradition and an obligation. His family’s origins of service date back generations.

Dunckel dropped out of high school after finishing his junior year and enlisted in the Navy in 1975. He served on a submarine as a torpedoman. Following his initial enlistment, Dunckel left the Navy and joined the Army National Guard.

Dunckel volunteered for and joined a military transition team. On this nine-member military squad, Dunckel and other Veterans went to Baghdad, Iraq, to train Iraqi soldiers and rebuild the Iraqi force. Simultaneously, his son was serving his third tour as a dismounted ground infantry soldier in Taji, which about was 30 kilometers away. Originally, the two soldiers wanted to meet with each other. Both of their commanding officers approved their meeting, but they realized it would be too dangerous and risky with the roads being constantly watched; the strain on their family would be devastating had both of them been killed in action. Instead, they managed to buy cheap cell phones off the street and regularly talked every night, sharing war stories and being there for one another.

He retired in 2014 as a command sergeant major.

Dunckel received numerous awards and badges over his 26 years of service in the military including a Bronze Star Medal, a Meritorious Service Medal, six Army Accommodation Medals an Army Achievement Medal and a Combat Action Badge.

Dunckel lives in Grand Ledge, Michigan. He works as a strategy specialist for the state VA agency. He assists in creating programs that inform Veterans about their benefits.