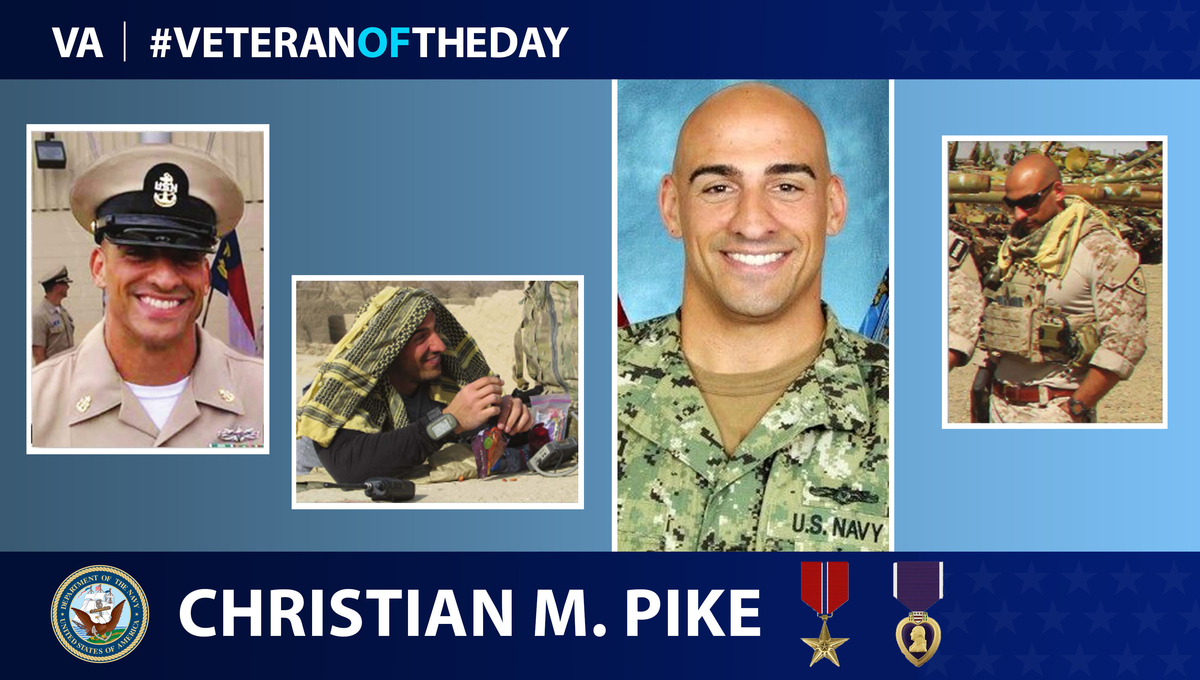 Today’s #VeteranOfTheDay is Navy Veteran Christian Pike, who served as a cryptologic technician during Operation Enduring Freedom in Afghanistan.

Christian Pike’s family had a history of service in the military. His grandfather served in the Navy, his uncle was a Green Beret in Army Special Forces and his mother was an Army cryptologic technician. Pike was born in Berlin, Germany while his mother was serving. He moved from city to city with her assignments. Her final assignment was in Peoria, Arizona, where Pike graduated from high school in 2000. In August 2001, Pike enlisted in the Navy.

In July 2007, Pike served with Navy Information Operations Command in San Diego, California, where he supported Navy cryptologic operations in the Pacific. He also deployed to Iraq in support of Marine combat operations and served at the Navy Information Operations Command (NIOC) in Fort Gordon, Georgia. In 2011, Pike reported to the Naval Special Warfare Support Activity 1 based in Coronado, California and became a Cryptologic Technician for SEAL Team Five. The team deployed to Afghanistan in March 2013.

On March 10, 2013, Pike was conducting stability operations with SEAL Team Five in the Maiwand District in southern Afghanistan when they encountered a group of Taliban insurgents. During the ensuing battle, gunfire hit Pike. The military evacuated him to Landstuhl Regional Medical Center in Germany but he passed away March 13 from combat-sustained injuries.

Pike was buried at Arlington National Cemetery in Arlington, Virginia, in March 2013. He was posthumously awarded a Bronze Star Medal with Valor and a Purple Heart. His additional honors include an Army Commendation Medal, a Navy and Marine Corps Achievement Medal, a Navy Unit Commendation and a NATO Medal.