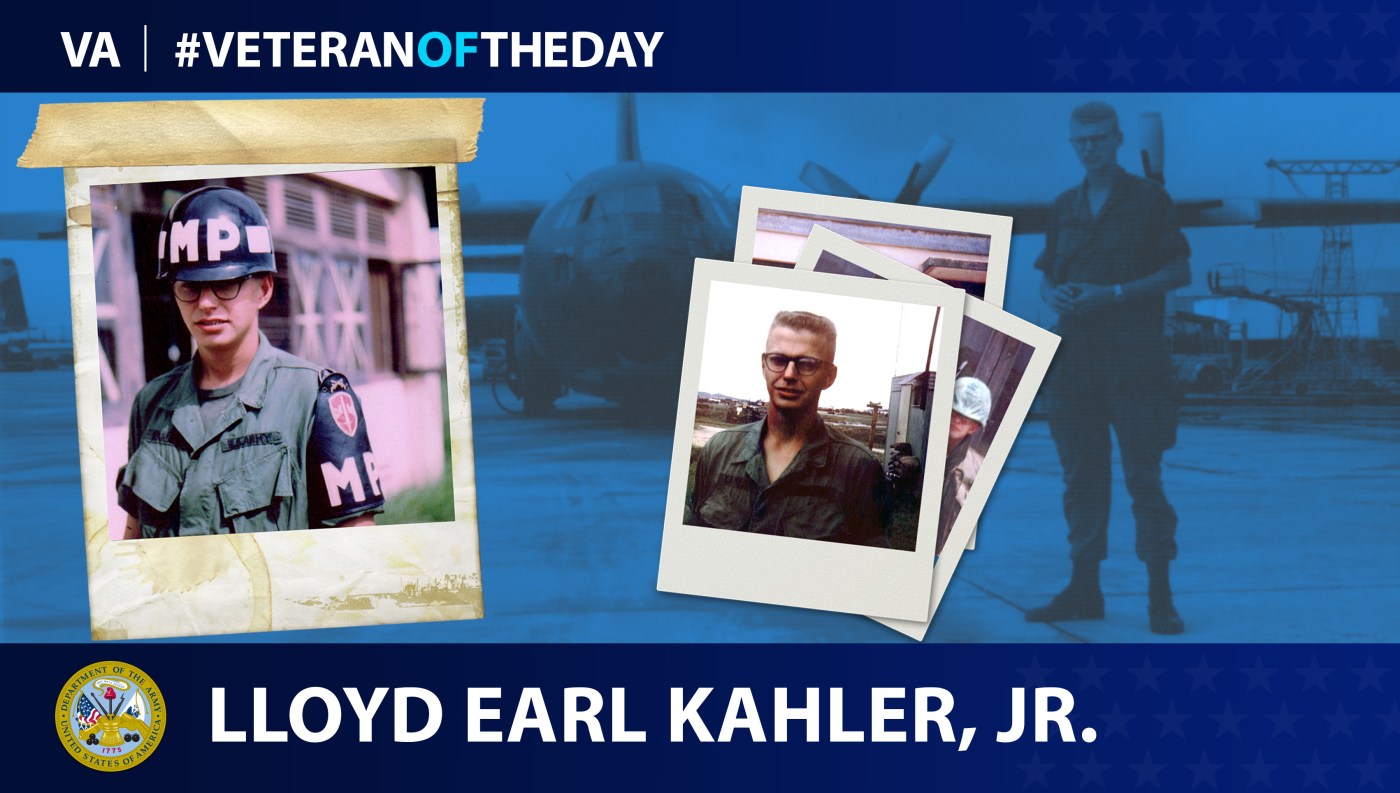 Today’s #VeteranOfTheDay is Army Veteran Lloyd E. Kahler Jr., who served a tour in Vietnam and retired as a master sergeant.

Lloyd E. Kahler’s family, including his father, had a history of serving the U.S. When the draft came around for the Vietnam War, Kahler decided he would enlist. Kahler went on to serve from 1965 to 1985. Kahler went into the Army’s Military Police. Following several months of training, he shipped out to a U.S. base on Okinawa, Japan. After his service in Okinawa, Kahler flew to Vietnam as part of the 8th Radio Research Field Station.

In his first day in Saigon, Vietnam, Kahler was pulled into a ditch because of enemy artillery fire. During his 12 months in Vietnam, Kahler participated in five campaigns, including the Tet Counteroffensive of 1968. Kahler provided physical security for Phu Bai Combat Base, just south of Hue, which received sporadic mortar and rocket fire from the enemy. The base was also under the path of shells fired from the 7th Fleet off the coast of Vietnam, hammering targets inland. During down time, Kahler and his friends took mud bathes in a swimming pool devoid of water, as well as enjoy barbeques and cookouts.

After Vietnam, Kahler went to Germany. There, he met his future wife, who worked as an analyst for the National Security Agency. He was in Germany during the 1972 Munich Olympics and bore witness to the heightened state of alarm following the assassination of Israeli athletes.

Afterward, Kahler returned to the United States and became a recruiter. He spent the last nine years of his service in the U.S. Army Recruiting Command, heading recruiting stations in Westminster, Maryland, and Carlyle, Illinois. Kahler retired from the service with the rank of master sergeant.

During his service, Kahler received an Army Commendation Medal, an Army Achievement Medal and a Double Eagle Award. After retirement, he continued to serve others, working as a senior guidance counselor in Wilks-Barre, Pennsylvania. He currently enjoys retired life in Carroll County, Maryland, with his wife and two daughters.