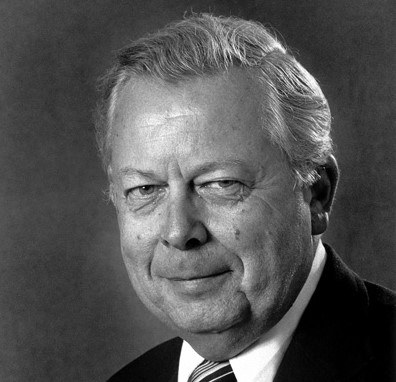 Prostate cancer is one of the most frequently diagnosed cancers among male VA patients. The disease is usually found in its early stages and often grows slowly. Most men live with the cancer for decades without symptoms and die of other causes even without early surgery. But some cases of prostate cancer metastasize and lead to death.

Millions of men have gotten a “Gleason score,” which is used almost universally to predict the aggressiveness of prostate cancer.

Dr. Donald Gleason, who served in the U.S. Army Medical Corps, devised the scoring system in the 1960s while working at the Minneapolis VA Health Care System. The Gleason score has long been considered the most reliable indicator of the potential for prostate cancer to grow and spread. It helps provide a prognosis and guide treatment and is a reference standard in clinical trials testing new therapies.

“Every prostate cancer patient knows his Gleason score,” Dr. Bruce Roth, a professor of medicine and urological surgery at Vanderbilt University and an official of the American Society of Clinical Oncology, told The New York Times following Gleason’s death at age 88 in 2008. “It is remarkable that the Gleason score remains the standard test despite the millions of dollars spent on trying to develop molecular tests to displace it.”

To find a Gleason score, doctors take a biopsy of a patient’s prostate and look at the cells under a microscope. The pattern of cancer cells is ranked from 1 to 5. A score of 1 means cells resemble a normal prostate, with areas of cancer cells small and closely packed. Higher scores mean the cancer cells are more widespread and signal a worse prognosis.

Chief of pathology at Minneapolis VA

Born in 1920 in Iowa, Gleason earned his medical degree in 1944 in the Army Specialized Training Program at the University of Minnesota. He completed his internship at the University of Maryland Hospital and joined the Army Medical Corps in 1945, serving as a psychiatrist, transport surgeon, dermatologist, and venereal disease clinician before being discharged in 1947. He then pursued a pathology residency in a combined VA-university program in Minneapolis. After spending two years in France, he returned to Minnesota and passed his anatomic and clinical pathology boards in 1952. He served as chief of pathology at the Minneapolis VA Hospital from 1954 to 1975.

In 1962, Dr. George Mellinger, the hospital’s chief of urology, asked Gleason to develop a standard pathological testing system for prostate cancer. The American Urological Association (AUA) described the creation of the Gleason score:

Used for prostate cancer treatment around the world

“As chief of [pathology], Dr. Gleason joined the VA Cooperative Urological Research Group study of prostate cancer. With them, he devised a grading system based on the increasing disorganization of the histologic structure [microscopic anatomy] of the prostate cancers. The histologic grades were illustrated with photomicrographs and Dr. Gleason’s drawings, which were easily recognized by other pathologists. The histologic grades correlated with the varying degrees of clinical malignancy of the cancers. Because the Gleason grading system was easily learned from the drawings, it has been accepted and applied to the diagnosis and treatment of prostate cancer around the world.”

Gleason retired from VA in 1976 and spent 10 years as a staff pathologist in the Fairview Hospital system in Minneapolis, before his final retirement in 1986, according to the AUA. The American Urological Association awarded him its prestigious Presidential Citation in 2002.

Click here to read about other VA researchers who served.