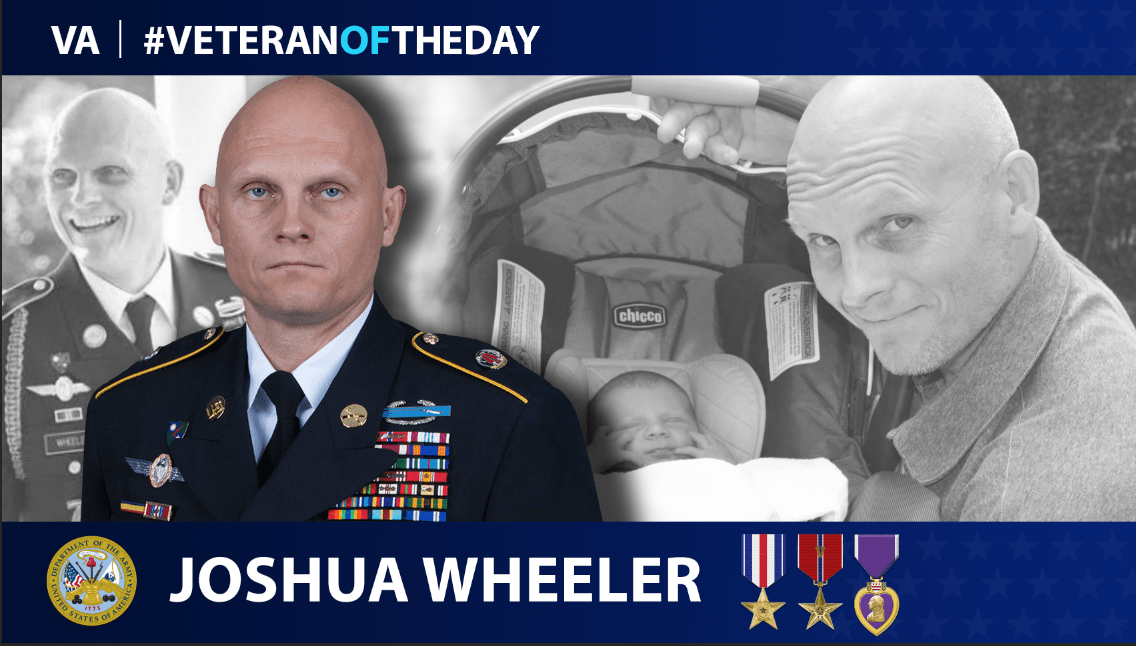 Joshua Wheeler was born in November 1975 in Roland, Oklahoma, and was a citizen of the Cherokee Nation. He graduated from Muldrow High School in 1994 before enlisting in the Army as an infantryman in 1995. Wheeler completed basic training at Fort Benning, Georgia, and was first assigned to Fort Lewis, Washington, with Company C, 1st Battalion, 24th Infantry Regiment.

In February 1997, he transferred to Company B, 2nd Battalion, 75th Ranger Regiment. He served for seven years as a rifle team leader, squad leader, weapons squad leader and anti-tank section leader. While with the 75th Ranger Regiment, Wheeler deployed three times to support combat operations in Afghanistan and Iraq. He deployed multiple other times to the Middle East with U.S. Army Special Operations Command.

In 2015, Wheeler was one of 30 U.S. special operations soldiers who raided an ISIS prison compound in Kirkuk as part of Operation Inherent Resolve. This raid successfully freed 70 hostages, including 20 members of the Iraqi Security Forces.

During the raid, Wheeler was directing the attack. When enemy fire targeted soldiers inside the compound, he ran towards the gunfire. His actions not only ensured mission success but protected his fellow soldiers and allied Kurdish fighters. Wheeler died Oct. 22, 2015, from enemy fire during the raid. He was the first American soldier killed in action fighting against the Islamic State during a commando raid in Iraq.

Wheeler posthumously received a Silver Star and Purple Heart. He earned 11 Bronze Star Medals throughout his career, including four with Valor Devices.

On May 30, 2016, then-President Barack Obama remembered Wheeler in a speech at Arlington National Cemetery. “As a kid, Josh was the one who made sure his brother and four half-sisters were dressed and fed and off to school. When there wasn’t food in the cupboard, he grabbed his hunting rifle and came back with a deer for dinner. When his country needed him, he enlisted in the Army at age 19.” Obama stated. The president spoke of him as a man who came from nothing yet managed to make something of himself.

Wheeler is survived by his wife, Ashley, and four sons. Before his final deployment, he left notes for his unborn son in the books he read.