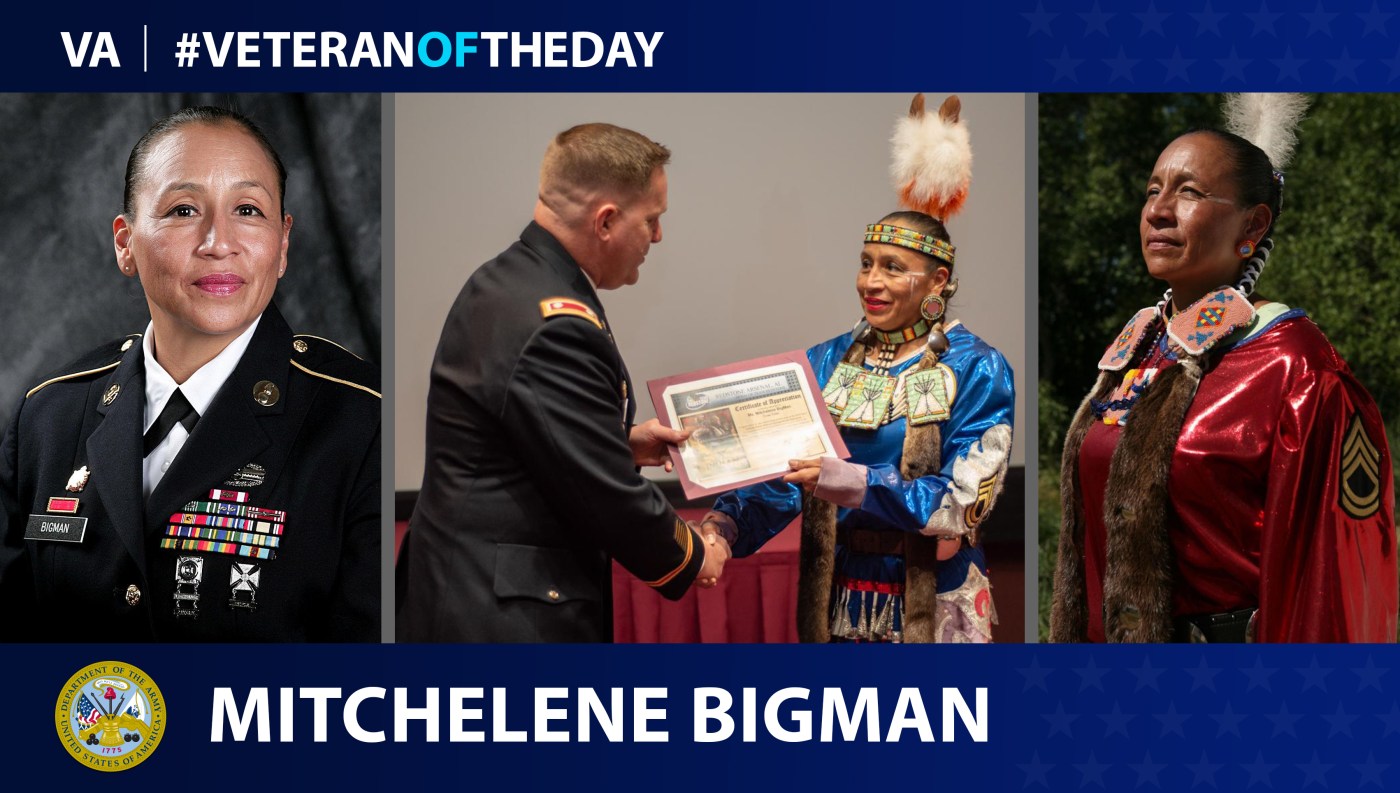 Mitchelene BigMan was born in 1966 on the Crow Reservation in Montana. Prior to joining the military, BigMan worked as a firefighter and dockworker. She enlisted in the Army in 1986.

BigMan often volunteered for missions to prove her capability to the male soldiers in her unit— something which would earn her many accolades and commendations, including a Combat Action Badge for surviving a mortar attack in 2005. BigMan served two tours in Iraq, during which she acted as an engineer equipment mechanic, an equal opportunity advisor, a tax advisor, a financial advisor and a platoon sergeant. She retired in April 2009 with the rank of sergeant first class.

She is the founder of Native American Women Warriors (NAWW), a color guard of female Native American Veterans. The NAWW started when BigMan created Native American dresses for herself and two other women Veterans to wear to a gathering. Until they became designated members, they were often mistaken for the color guard by the elders of the tribe. NAWW’s mission is to bring attention to and honor the contributions of Native American women’s military service. They often dance to heal themselves and others, and have performed at many notable events, including President Barack Obama’s second inauguration.

BigMan currently tours the country with NAWW, working to advance their mission. Her advocacy for Native American Women Veterans earned her the Society of American Indian Government Employees award. She also serves on the advisory committee for the Smithsonian National Native American Veterans Memorial.