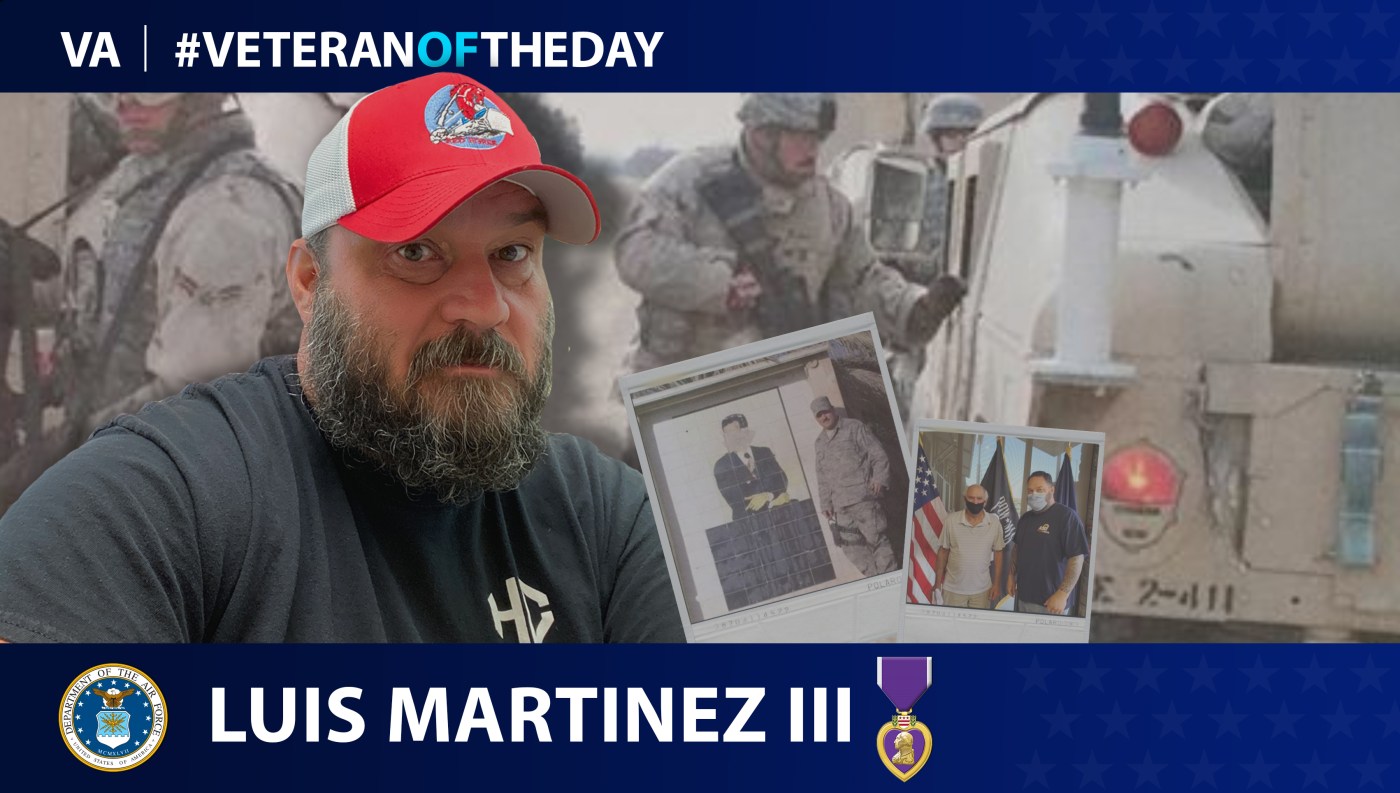 Luis Martinez III served in the Air Force as a pavements and heavy equipment operator. From 1996 to 2012, he did tours in Saudi Arabia, Kuwait, Qatar, Palau, Ecuador and Egypt. In addition, he deployed to Iraq and Afghanistan for Operation Iraqi Freedom and Operation Enduring Freedom.

During his service, Martinez endured several injuries. In 2004, he was stabbed in the abdomen at a vehicle checkpoint; in 2008, he was shot in the left shoulder in convoy; a year later, his vehicle was hit with a blast caused by an improvised explosive device (IED). During his service, Martinez received several awards, including three Purple Hearts, an Army Commendation Medal and an Air Force Combat Action Medal.

In 2017, Martinez completed his higher education, graduating from Howard College and Angelo State University with a bachelor’s degree in social work. Currently, he lives in San Angelo, Texas, and serves the Veteran Leadership Program as a Veterans resource and referral specialist. He is responsible for assisting Veterans in West Texas with issues such as homelessness, mental health, emergency financial assistance, employment and more. Moreover, he has helped build numerous programs and organizations that benefit Veterans. For example, he created Women’s Veteran, the first group in his region dedicated to assisting women Veterans.

Martinez has also contributed to education for Veterans. His hard work for a local college led the school to rank second among the top 10 four-year colleges in Texas for military and Veteran education, according to Military Times. Under his guidance, the college also ranked as the best school for military spouses by Victory Media.

“Too often when you ask a warrior if he/she suffers from PTSD (post-traumatic stress disorder), their answer is no. If you want to know the truth, ask someone who loves them,” he said. He continues to provide support to multiple local Veteran organizations.