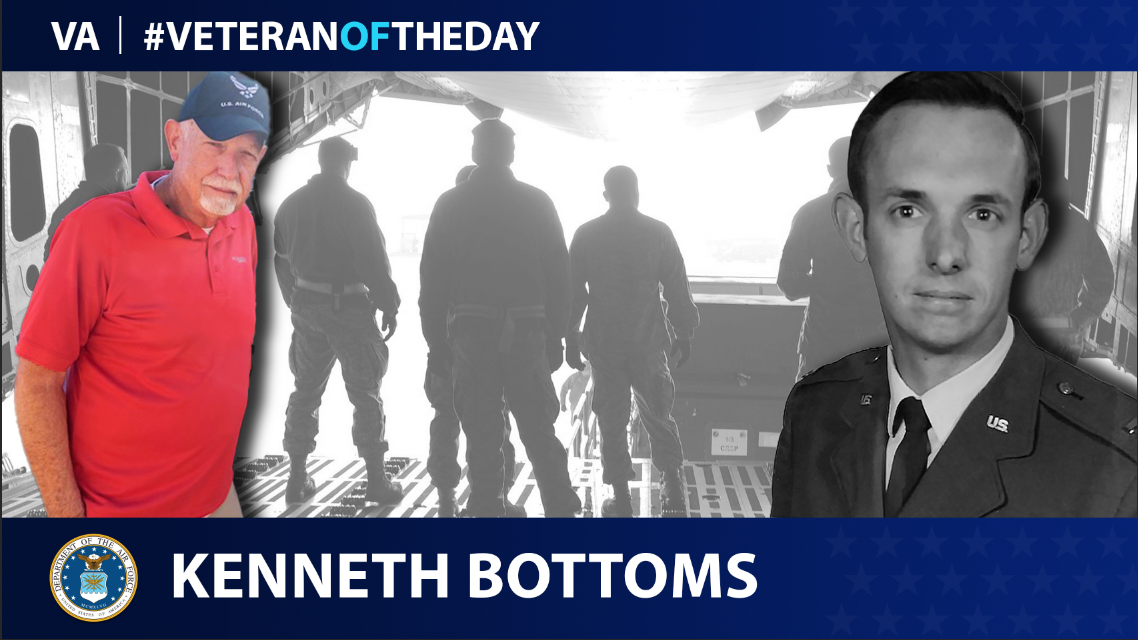 Kenneth Bottoms joined the Air Force in 1968, after graduating from Texas Tech University with a degree in electrical engineering. His first assignment was to improve the reliability of inertial navigation systems on B-52 bombers and air-to-ground missiles. These were used in Vietnam at the time of Bottoms’ service. Bottoms worked on this project for two years.

During the second half of his service, Bottoms collaborated with the Worldwide Airborne Command Post to work on Boeing EC-135 aircraft. He also designed and tested the first minicomputer installed in an aircraft. These microcomputers provided communication with ground mainframe computers. Bottoms had the opportunity to present his work to the general officers at the Pentagon and received an Air Force Commendation Medal.

Bottoms left as a captain after four years of service.

After his service, Bottoms worked as a civilian engineer. He eventually went on to work in management at three different Fortune 500 companies.

Bottoms retired from business and, in 2005, started a ministry for incarcerated Veterans with fellow Veteran Charles Smith. The ministry helps to organize Veterans Incarcerated Groups inside of Texas prisons. Through the groups, Veterans can receive training to re-enter society and learn skills through leadership and participation in committees. These groups have changed the lives of many incarcerated Veterans by providing a sense of community and hope.

Today, Bottoms lives in Grand Prairie, Texas. He is a member of Vietnam Veterans of America and The American Legion. Bottoms is also the former president of the Greater Dallas Area chapter of the National Association of Uniformed Services. Bottoms also serves as a court appointed special advocate for foster children in Tarrant County courtrooms.