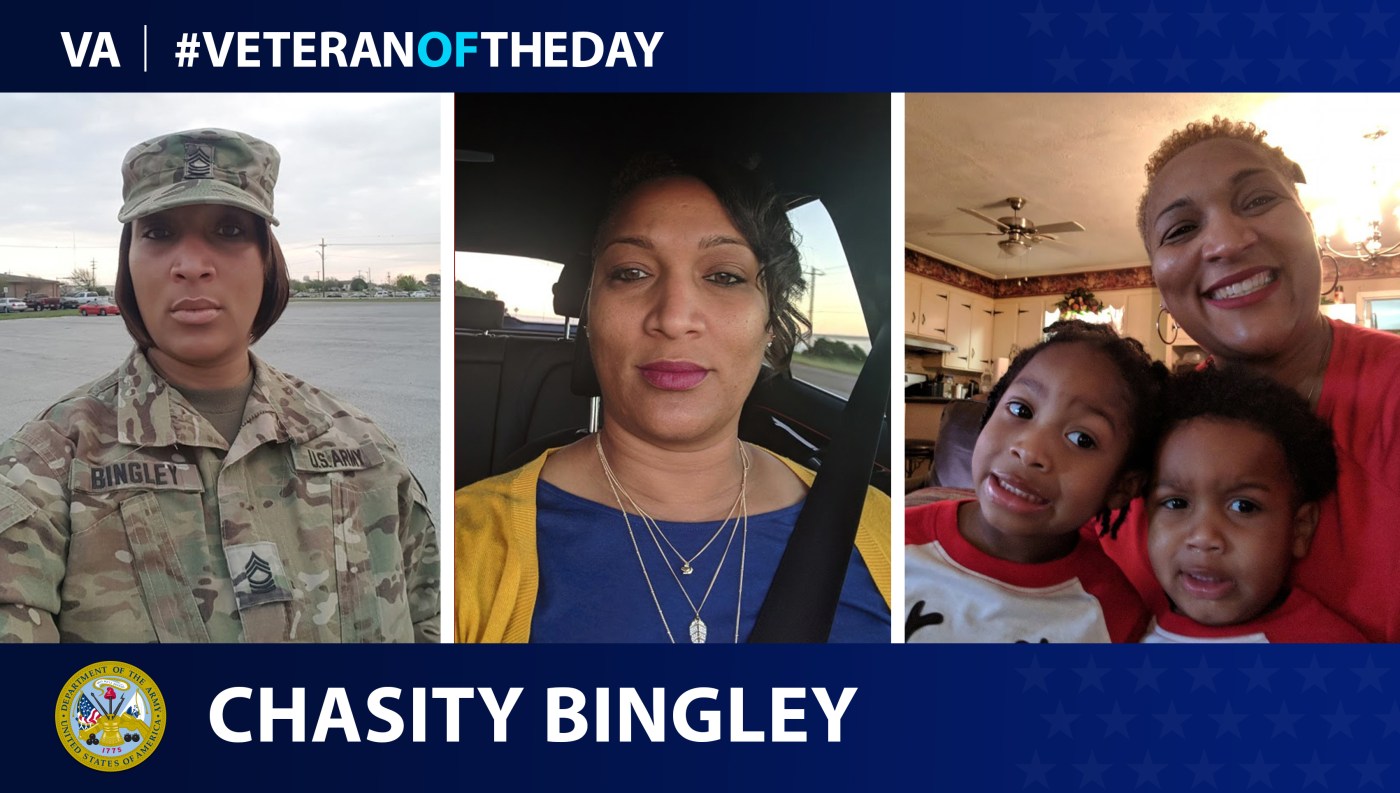 Today’s #VeteranOfTheDay is Army Veteran Chasity C. Bingley, who served in Afghanistan and Iraq as a light wheel mechanic.

Chasity Bingley joined the Army after she graduated high school at the age of 18. She joined because she wanted to be challenged and saw the Army as an opportunity for a better life.

This became the catalyst for a 20 year career in the Army. Bingley served as a light wheel vehicle mechanic. She deployed to Operation Iraqi Freedom three times and took part in missions during Operation Enduring Freedom. When asked about her service, Bingley said her most memorable moment was when she became an instructor and the chief of training at the 7th Army Noncommissioned Officer Academy in Grafenwoehr, Germany. The academy itself offers 10 cycles each year, with an average of 160 to 180 students per cycle.

In 2014, Bingley served at Fort Hood, Texas, where she worked as a senior maintenance supervisor for the 115th Battle Support Battalion and worked to ensure they received proper logistical support and technical assistance. Later she would serve in the same capacity for the 15th Battle Support Battalion also while stationed at Fort Hood. In 2011, she attended Columbia Southern University where she graduated in 2014 with two bachelor’s degrees.

During her service in the military, she earned the Combat Action Badge and two Meritorious Service Medals.

Bingley currently lives in Harker Heights, Texas, where she enjoys spending time with her two young boys. She is also expecting a daughter in the coming months. Presently, Bingley is working on obtaining a bachelor’s degree in human resource management and personal administration. She currently works as a Veterans employer liaison for the Texas Veterans Commission’s Veteran Employment Services Team, where she helps connect Veterans seeking job opportunities with businesses looking to hire them.