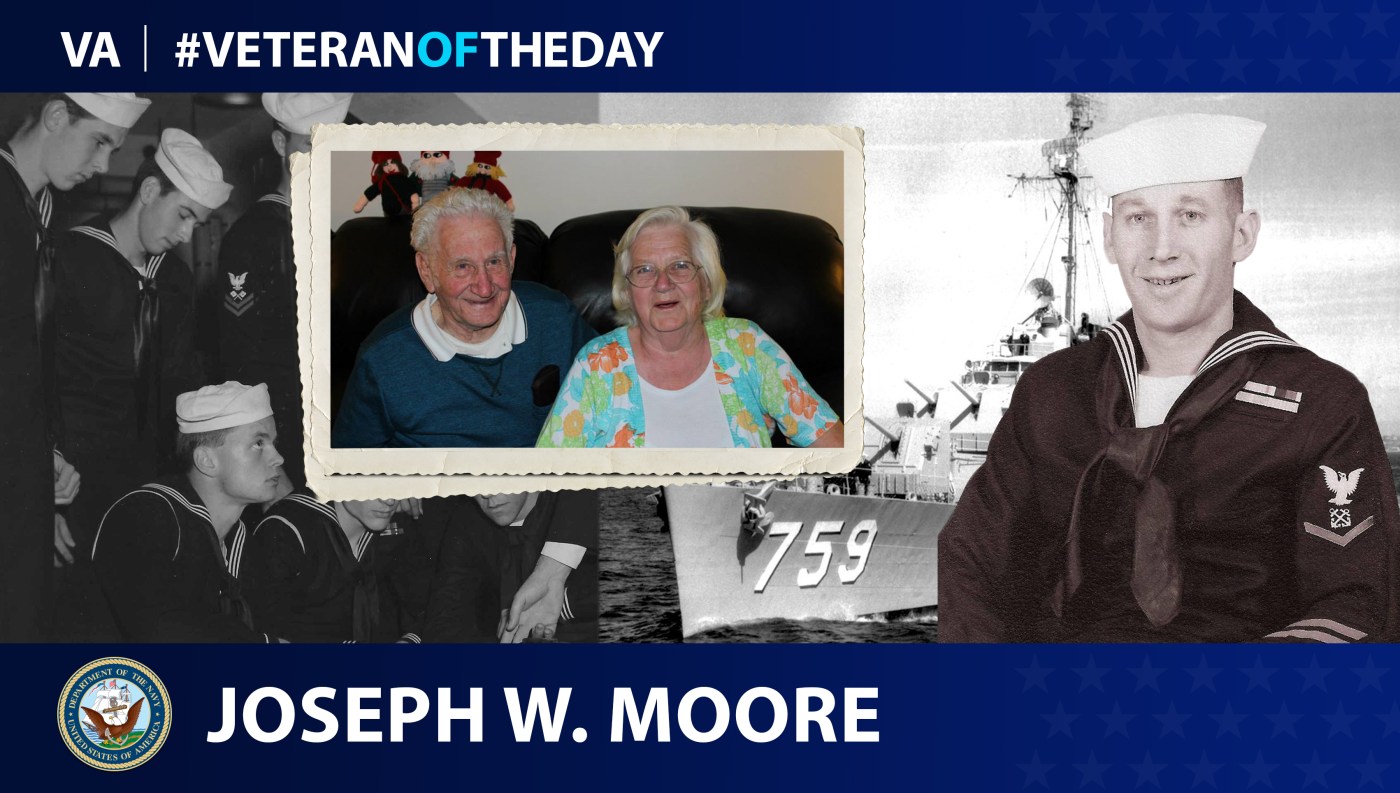 Today’s #VeteranOfTheDay is Navy Veteran Joseph Moore, who served on several ships during his career from 1947-1969, including in Vietnam.

Joseph W. Moore was born in June 1930 in Washington State. He enlisted in the Navy in 1947 at only 17 years old. As a deck supervisor, he was responsible for deck seamanship.

After enlisting, Moore went to the Naval Training Center in San Diego, California. In December 1950, he was stationed at the naval air station in North Island, San Diego until he deployed on the USS John R. Craig DD885 in October 1954. During this time, he was involved in the First Taiwan Strait Crisis, having to evacuate Chinese nationalists.

In September 1969, Moore transferred to the Navy station in Seattle, Washington, for the fleet Reserve, where he retired three months later.

In his life after the Navy, Moore started his own dry cleaner service called Joe’s Cleaners. He also worked for about ten years in private security before retiring in Southern California. Moore and his wife, Bodell, have five children and six grandchildren.