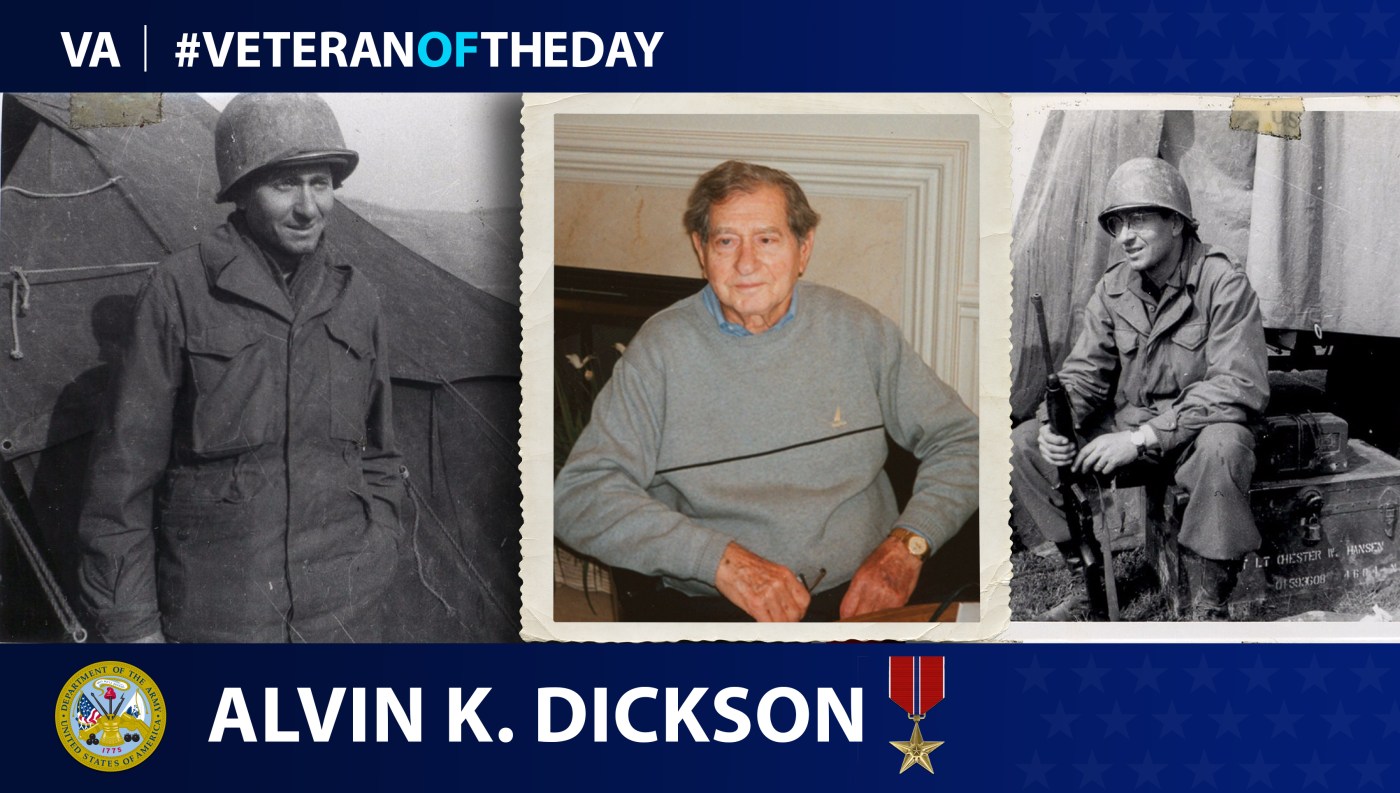 Today’s #VeteranOfTheDay is Army Veteran Alvin K. Dickson, who helped rescue a trapped infantry unit during the Battle of the Bulge.

Alvin Dickson, an Ohio State Buckeye, went down to the draft office upon graduation and told them he was ready to serve. This was after previously requesting a draft deferment so that he could finish his degree. Dickson had to wait, but the Army called him to service in August 1942, just two months after graduation.

Out of some, 4,000 in his regiment, only 14 were singled out to go to officers’ training, and Dickson was one of the 14. After officer school, he went to school again to become a motor officer. He completed his training and transferred to the 11th Armored Division. With the continued training Dickson received, he didn’take it to Europe until the middle of 1943. After working in England ensuring troops had gasoline and ammunition, he went to transport equipment for General Eisenhower to Paris.

Dickson arrived in Normandy three months after D-Day. He recalled seeing tanks and equipment from both sides just left standing there.

On Jan. 14, 1945, Dickson’s unit received an urgent call to unload ten trucks and head to Bastogne. Once there, they had entered what would be known as the Battle of the Bulge. Dickson’s unit defended the highway so that reinforcements and supplies could make it in to Bastogne, and any wounded could make it out. That day, Dickson helped to rescue a trapped infantry unit who was “under very heavy shellfire.” For this, he received a Bronze Star Medal.

Dickson was one of eight U.S. Veterans from the Battle of the Bulge, who, at the battle’s 70th anniversary award ceremony held by the Boynton Veterans Council, received France’s highest distinction, the Order of Légion d’Honneur medal from the consul general of France, Phillppe Letrillart.

Upon his death on April 17, 2017, Dickson still counted his time serving in the Army as one of his proudest accomplishments.