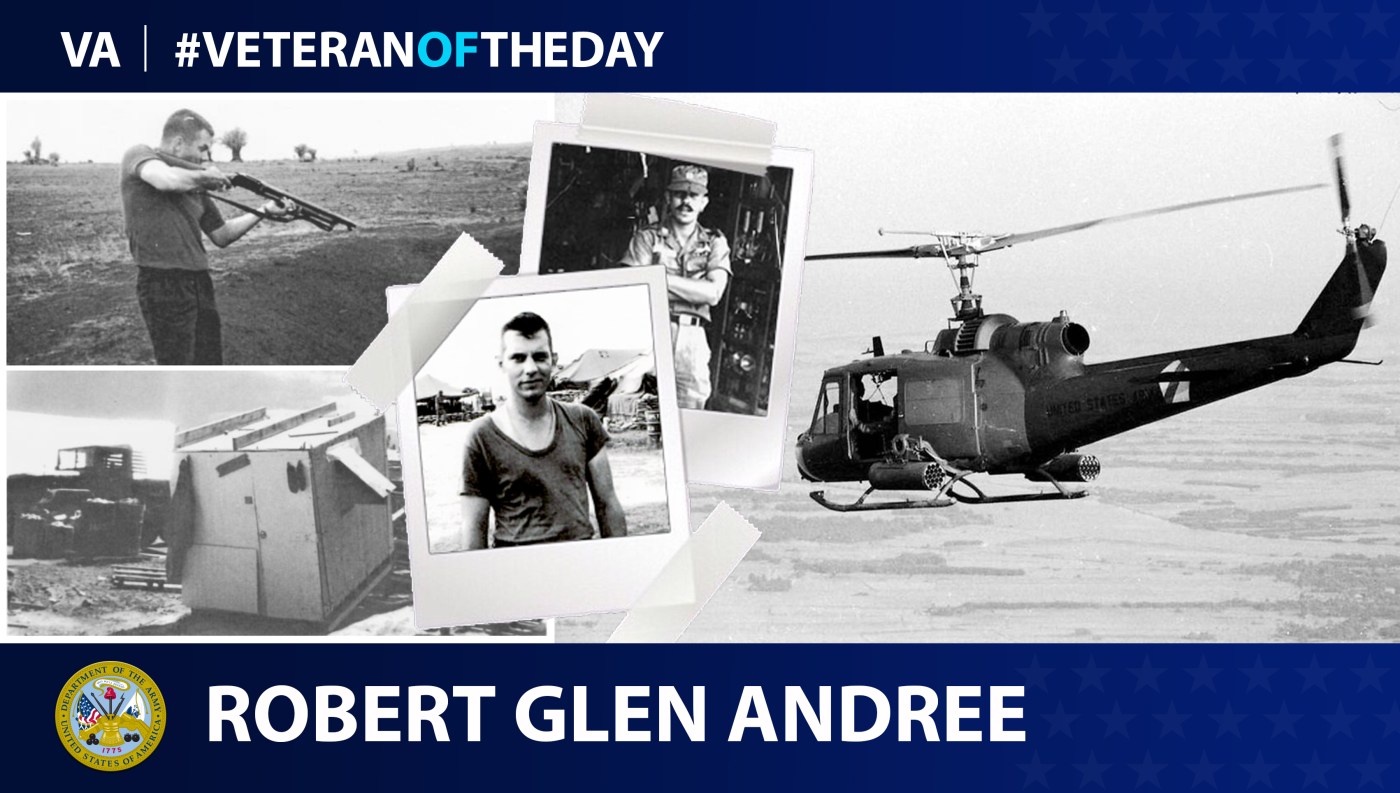 Today’s #VeteranOfTheDay is Army Veteran Robert Glen Andree, who served in the Vietnam War and retired after 21 years of service.

Shortly after graduating high school, Robert Glen Andree was accepted to the United States Military Academy in West Point, New York. After graduating, the Army commissioned Andree as a second lieutenant in the infantry. He attended Infantry Basic School at Fort Benning, Georgia for four months, and then went to Aviation Primary School in San Marcos, Texas.

Shortly after Aviation School, Andree served in Germany where he flew along the East/West border. He became a regimental operations officer and was in charge of the initial defense of Europe and the aviation nit.

After returning from Germany, Andree attended Advanced Armor School, and Helicopter School. He then went to Fort Ord in California. In 1962, the Army ordered Andree to go to Fort Campbell, Kentucky, during the Cuban Missile Crisis. He trained to fly to Cuba and direct artillery until he ran out of gas. However, the U.S. averted the crisis while Andree was in Kentucky, and he returned to his base.

Andree then served two yearlong tours in Vietnam with the 117th Aviation Company, the 52nd Aviation Battalion, and the 1st Cavalry Division, 229th Aviation Battalion. The Army stationed Andree primarily in Pleiku and Qui Nhon. His first tour was in 1963, where his unit served as advisors to the South Vietnamese. Andree’s main missions during the tours included flying gunships, hauling, and escorting aircraft carrying troops.

Andree retired from the Army in 1977 as a lieutenant colonel after serving for 21 years. He earned many ribbons and medals, including a Bronze Star Medal, 12 Air Medals and a Meritorious Service Meal. Shortly before leaving the service he attended the University of Georgia for two years and received a master’s degree.

He later became the director of Computer Services at Indiana University North West, while also teaching information systems. Robert and his wife, Linda, settled in Indiana, the state he grew up in, and had three children.