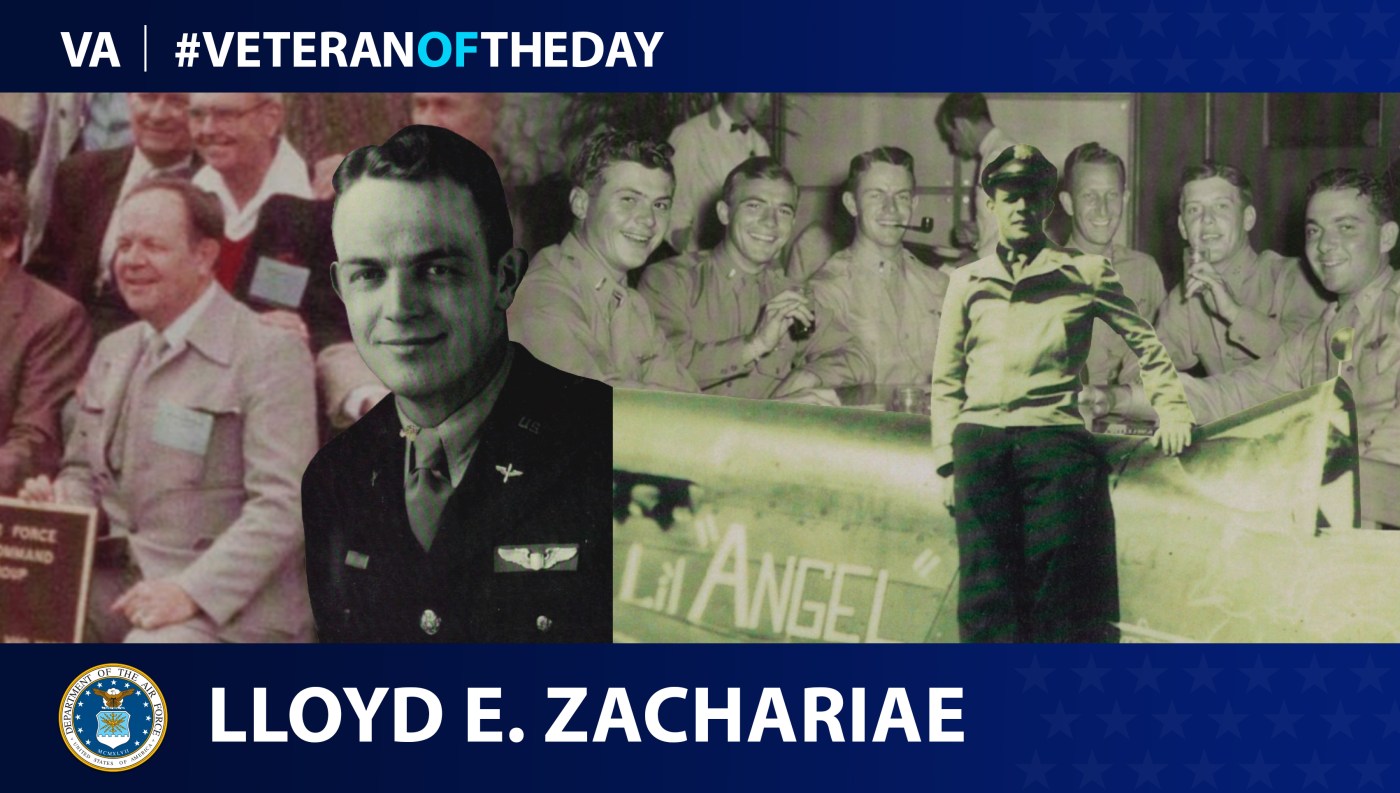 Today’s #VeteranOfTheDay is Air Force Veteran Lloyd Elton Zachariae, who served as a fighter pilot during World War II and in the Air National Guard.

Lloyd Elton Zachariae was born in 1922 in Tulsa, Oklahoma. In 1940 he enrolled in college to pursue a degree in journalism, where he learned about aviation. When the U.S. entered World War II, Zachariae enlisted in the Army Air Forces alongside his younger brother. Although he initially received a three-year deferment, Zachariae started basic training within six months.

After several training courses, Zachariae earned his wings as a fighter pilot and traveled from New York to England aboard the Queen Mary in 1943. He served with the 364th Fighter Squadron of the 357th Fighter Group, based in Leiston, England. During the war, Zachariae completed 50 combat missions flying the P-51 Mustang. His primary job was to escort bombers during their runs, protecting friendly bombers from enemy aircraft.

After the war, Zachariae served in occupation duty in Munich, Germany. During his time in Munich, Zachariae witnessed firsthand the atrocities committed by the Nazis at Dachau Concentration Camp. Zachariae returned to the U.S. and honorably discharged from the Army Air Forces in January 1946 with the rank of first lieutenant. He flew a total of 50 missions. He earned five Air Medals and two Presidential Unit Citations, one of which was awarded after his unit of 64 planes shot down 74 German planes.

Zachariae returned home  and started working in public relations for a local electric company. He joined the Air National Guard for five years, flying the same model of aircraft he flew during the war. Zachariae continued to serve others and worked as a counselor for alcohol and drug recovery programs for over 20 years. Zachariae passed away Sept. 26, 2006, at the age of 83.