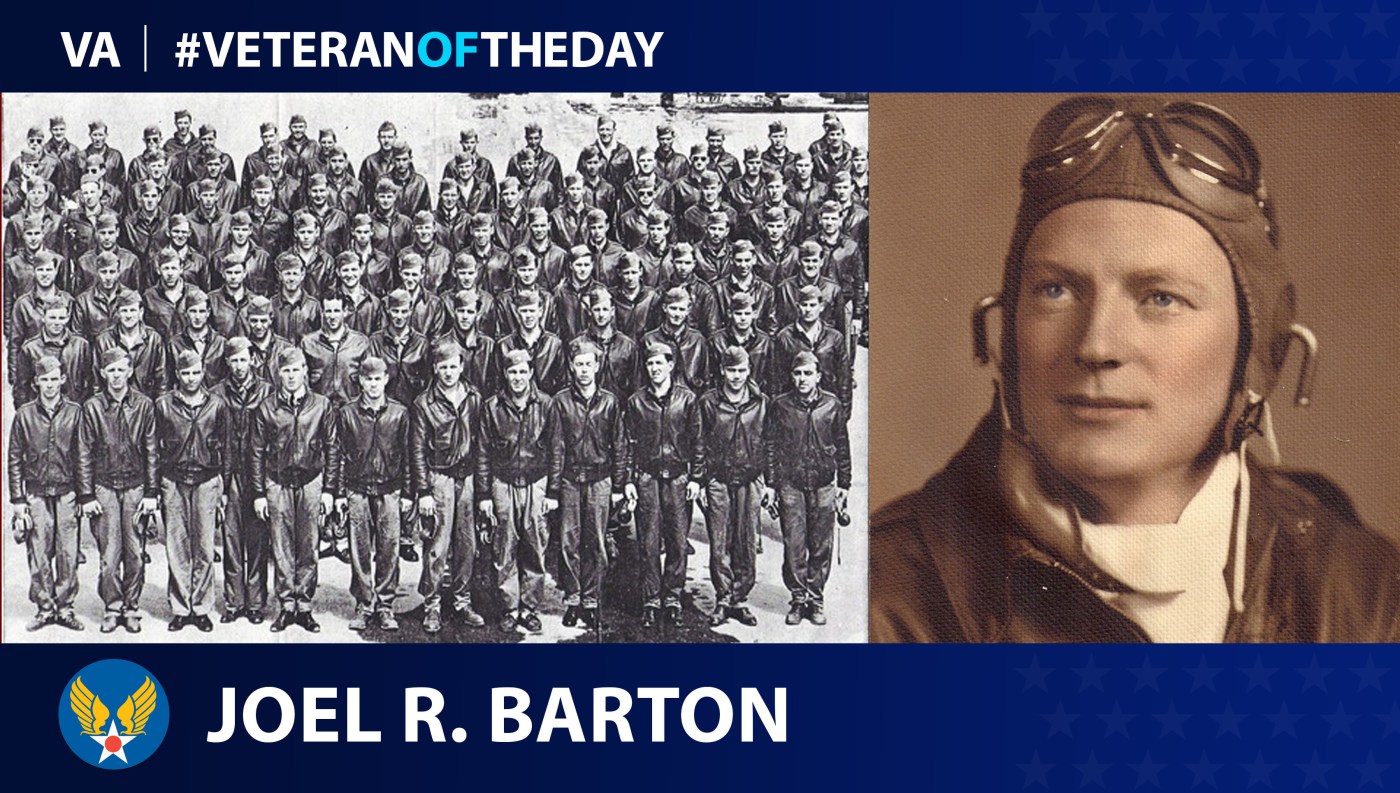 After graduating from Big Lake High School in 1934, Joel R. Barton Jr. attended Texas A&M University in College Station, Texas. He studied ranch management and was a member of the college football team. He also was in the A&M Reserve Officer Training Corps, where he was commissioned as a Reserve infantry officer. After college, Barton returned to his family’s ranch to start farming.

The Army called him to service in 1938. He went to Sacramento, California, to learn how to fly planes and later took advanced flight training. When the war started in December 1941, Barton was at West Point in New York and became a flight instructor for cadets at the U.S. Military Academy. He trained pilots to fly T-6 Texans and B-25 bombers. Barton later transferred back to California and escorted headquarter personnel to the Santa Ana Army Air Base from Balboa Island in Newport Beach. One of his most memorable experiences during this time was flying a plane up to San Francisco with a colonel and flying underneath the Golden Gate Bridge.

Barton discharged as a captain from the Army Air Forces in January 1946. He returned to Calvert, Texas and worked in farming at his family’s ranch. He later took a job working with soldiers returning from the war, teaching postwar skills. Barton also worked at Texas A&M University, teaching electrical welding. He and his wife Betty, both alumni of A&M, were involved in the A&M Legacy Society, which financially supports students at the university.