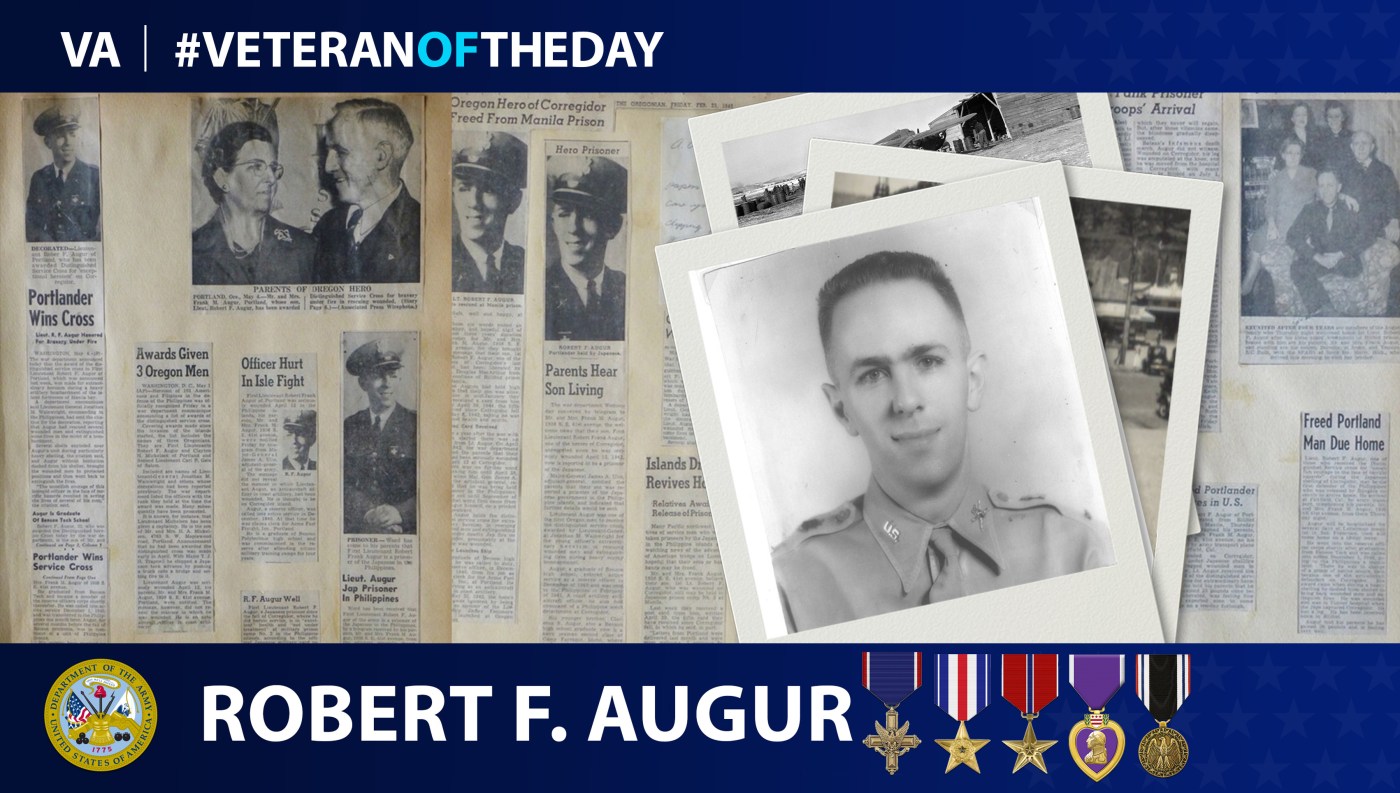 Today’s #VeteranOfTheDay is Army Veteran Robert Frank Augur, who served during World War II and was a prisoner of war in the Philippines for 33 months.

Robert Frank Augur joined the U.S. Army’s Cadet Military Training Corps while in high school. He commissioned at Fort Stevens, Oregon, in 1940. The next month, he went to the Philippines to serve as first lieutenant with the Coast Artillery.

During fighting against the Japanese, an injury cost Augur his left leg above the knee in 1942. The Japanese captured him during the Siege of Corregidor. He spent 33 months as a prisoner of war in Manila, spending two months in the Malinta Tunnel hospital and the remainder of his captivity in Old Bilibid Prison. Throughout his time serving in the field and continuing through his captivity, he kept a notebook, calling it “Uncle Bob’s Black Book”. This journal gives a first-hand account of the life of a soldier during World War II, describing his meals, outlining his expenses, and detailing his surroundings.

After repatriation in 1945, Augur returned to his home in Oregon for a 10-day leave and promoted to captain while recovering in a Utah hospital. In April of 1945, Augur married Anna Anderson, and soon after retired from the Army.

During his service, Augur received a Distinguished Service Cross, Silver Star, Bronze Star, Purple Heart and Prisoner of War Medal. He began his civilian work in the trucking industry, where he remained until his retirement in 1981.