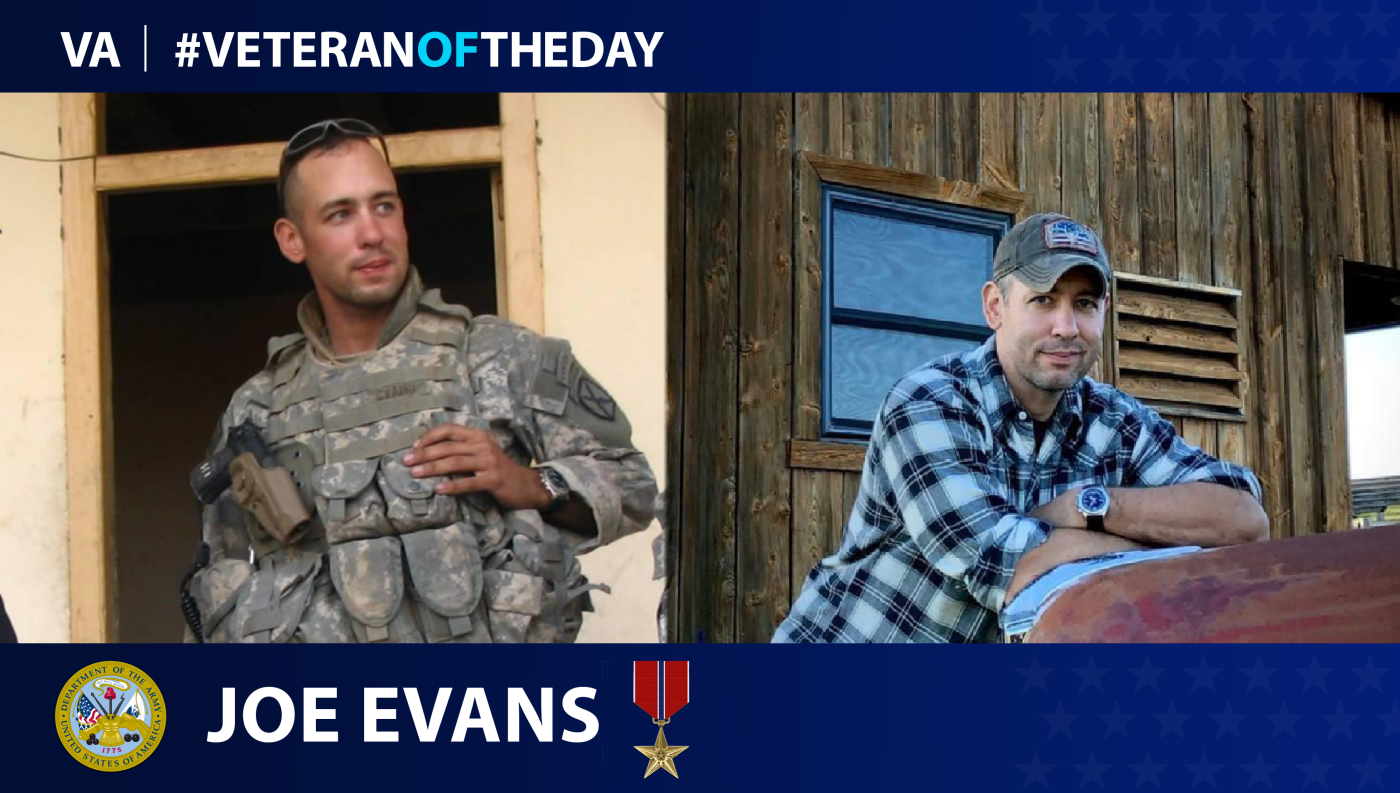 Today’s #VeteranOfTheDay is Army Veteran Joes Evans, who served as an infantry officer during the First Battle of Fallujah during Operation Iraqi Freedom.

Joe Evans, a resident of Royersford, Pennsylvania, commissioned as an infantry officer in 1999. He completed basic and Ranger training at Fort Benning, Georgia, in addition to the infantry officer basic course.

Evans deployed to Kosovo from 2001 to 2002. He conducted peacekeeping operations in response to civil unrest throughout the country, as well as planned and led humanitarian medical missions. Afterwards, Evans deployed to Afghanistan to train the first units of the Afghan National Army and command their operations in the region.

Evans oversaw combat operations in Iraq from 2003 to 2004 as a battalion assistant operations officer and air operations planner. He directed troop movement in the First Battle of Fallujah on April 4, 2004. During this battle, codenamed Operation Vigilant Resolve, American troops captured and killed the individuals responsible for the deaths of U.S. contractors.

After serving in Iraq, Evans deployed to the mountains of Kunar and the Nuristan Provinces of eastern Afghanistan as a rifle commander for 17 months. Under his leadership, his unit conducted counterinsurgency operations. They secured the Pech Valley line of communication and expanded the coalition forces’ presence in the Waigul Valley.

Later, Evans became a South Asian foreign area officer. In Pakistan, he coordinated disaster relief efforts and security cooperation efforts with the Pakistani army. From 2014 to 2017, he served in the U.S. Embassy in Nepal. Although his primary role was in disaster relief, he also took part in a girls’ mentorship program that raised awareness of human trafficking and other human rights issues. The girls who participated in the program went on to write essays, publish articles and start programs in their own communities to continue the fight against trafficking and gender-based violence and discrimination. Additionally, Evans helped to develop foreign policy with Joint Chiefs of Staff and Army staff in the Pentagon. He also coordinated U.S. Army security cooperation efforts with Central and South Asia.

Evans is currently pursuing a doctorate in theology and religious studies at Villanova University in Pennsylvania.