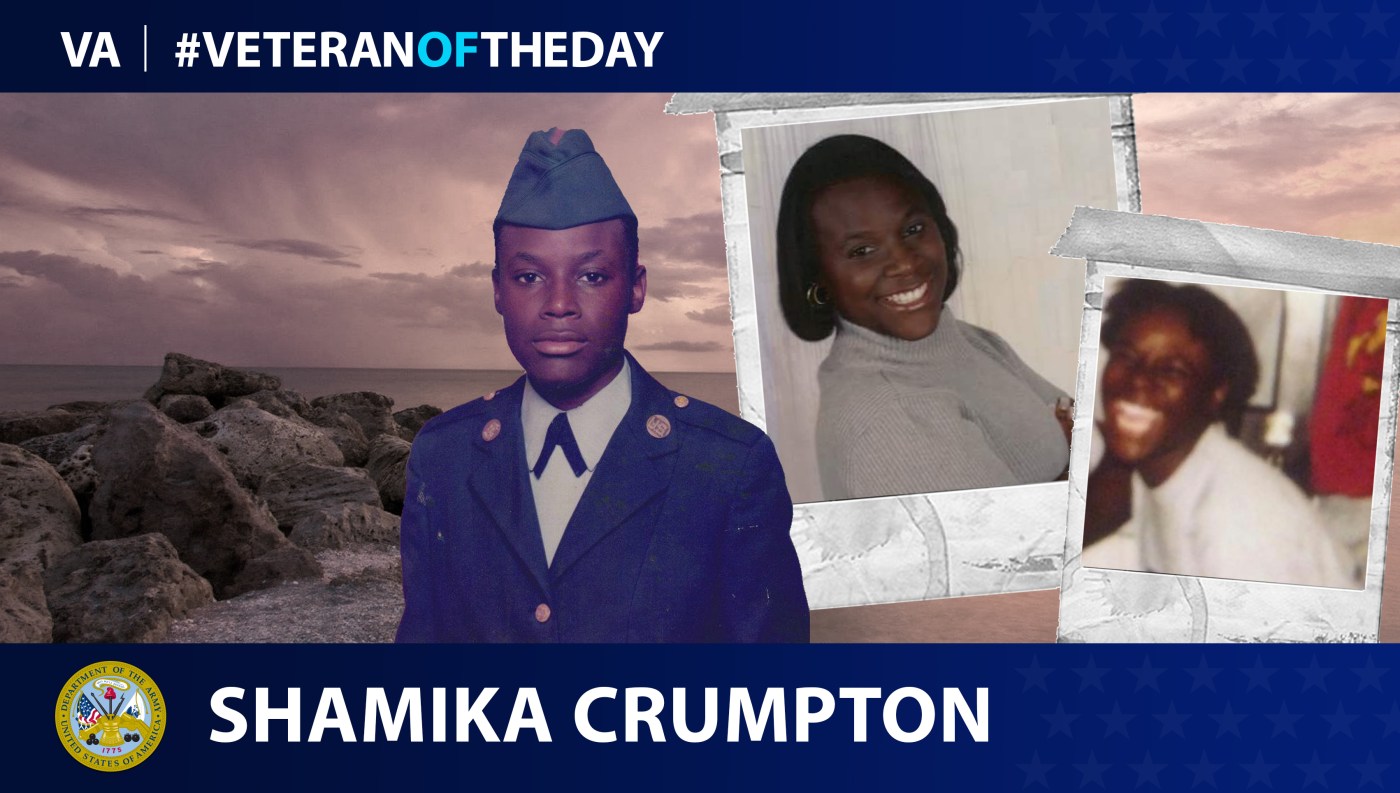 Today’s #VeteranOfTheDay is Army Veteran Shamika Crumpton, who served as a forklift operator and truck driver for five years.

Born in 1977 and from Largo, Florida, Shamika Crumpton enlisted in the Army at the age of 18. It was a long-time goal for Crumpton to serve in the U.S. armed forces. She was inspired by the dedication and service of her cousins and grandfather.

Crumpton completed basic training at Fort Jackson, Columbia, South Carolina. She found the experience to be familiar, as she was a student in the Marine Corps Junior Reserve Officer Training Corps program in high school.

During active duty, Crumpton served at Fort Eustis in Newport News, Virginia. She remained at this base for her three years of active service. Crumpton worked as a forklift operator and truck driver for the first two years of her service. Unfortunately, during job training, Crumpton sustained an injury while transporting equipment. She was unable to travel to Egypt, where she was initially scheduled to deploy. However, there was a silver lining because Crumpton met her now-husband while at Fort Eustis. The two married while they were both still in the service. Crumpton also gave birth to her first child during this time.

In late 1998, Crumpton became a training operator. As a training operator, she prepared and sent reports, in addition to nominating soldiers for awards. Crumpton remained in this administrative role until she left active duty. She served the next two years in the Army Reserve, spending one weekend every month and two weeks during the summer in Palatka, Florida. Crumpton discontinued duty in the Reserve after undergoing several more surgeries needed to address her prior service-related injury.

Some of Crumpton’s fondest service memories surround training and the people she met during that time. She remains in contact with several former soldiers, one of whom she has been close friends with for over 20 years. This same friend is also the godmother of her eldest daughter. Fort Eustis’ annual Family Day was also an event that Crumpton looked forward to, as she could spend time with her husband and daughter, as well as her best friend and her son.

After leaving the Army, Crumpton worked as a stay-at-home mother to her three children. She also earned her bachelor’s and master’s degrees from Saint Leo University in Saint Leo, Florida. Today, Crumpton is retired and resides in Gainesville, Florida.