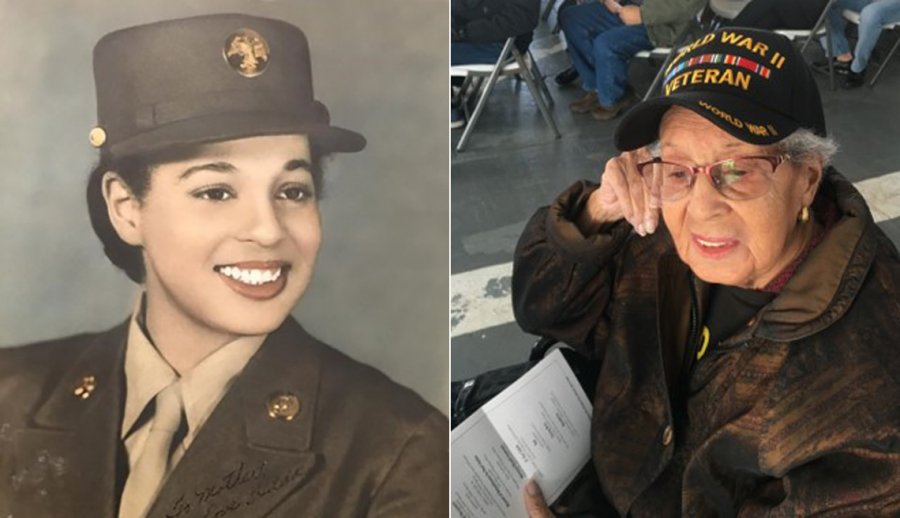 Throughout the year, AARP strives to report on the military service of inspirational African American Veterans. But February is an especially important time to share these stories. Here are two of our favorites in commemoration of Black History Month.

This year marks 76 years since the first and only all-African American Women’s Army Corps (WAC) unit that deployed to Europe during World War II. Hilda Griggs, now 97, was one of the 855 members of that unit, the 6888th Central Postal Directory Battalion, which was tasked with sorting through the two-year backlog of mail intended for service members and other personnel serving in the European theater. The motto of the 6888th wasn’t ambiguous: “No mail, low morale.”

“My mother didn’t want me to leave, but I came to Philadelphia and joined,” Griggs told AARP, adding that she was inspired to enlist because she had five brothers in the service and was lonely at home.

At first, Griggs recalled that her captain thought she didn’t want to go to Europe. “I let her know immediately that that’s not the way I look at it. I wanted to go because I wanted the experience,” she said.

The women processed an average of 65,000 pieces of mail per shift. Given six months by the Army to work through a backlog of nearly 18 million pieces of mail, the 6888th completed the formidable task in just three months. In between shifts, the women were welcomed by locals – first in England, then in France – and even established friendships. (Read more about Griggs’ story here.)

In his 97 years, Frank Macon overcame dyslexia, was one of the original Tuskegee Airmen, spent a career working at a military facility, raised a family, cowrote an autobiography and was awarded one of the nation’s highest honors. But he said he might be proudest of being inducted into the hall of fame – at his high school.

“Oh, my teachers would be rolling in their graves,” said Macon, of Colorado Springs, Colorado. “In the early days, I could barely get an F in recess.”

Macon has a lot of stories like that. His life is one of struggle and curiosity, of service and stubbornness, of reward and disappointment. With the help of Wish of a Lifetime from AARP, in October Macon was granted his request to help “all kids to live with purpose and conquer their challenges.” He held a videoconference with students in Denver, where he answered questions about his Tuskegee Airmen service and the challenges he faced with dyslexia. (Read more about Macon’s story here.)

For more news and information relevant to older adults in the African American community on a variety of topics, go to AARP’s Black Community page. You can also bookmark the Veterans, Military and Their Families page on aarp.org to stay up to date with the latest news and information impacting older Veterans at aarp.org/veterans. AARP resources for Veterans are free and available to nonmembers.

Aaron Kassraie is an associate writer and editor for AARP.