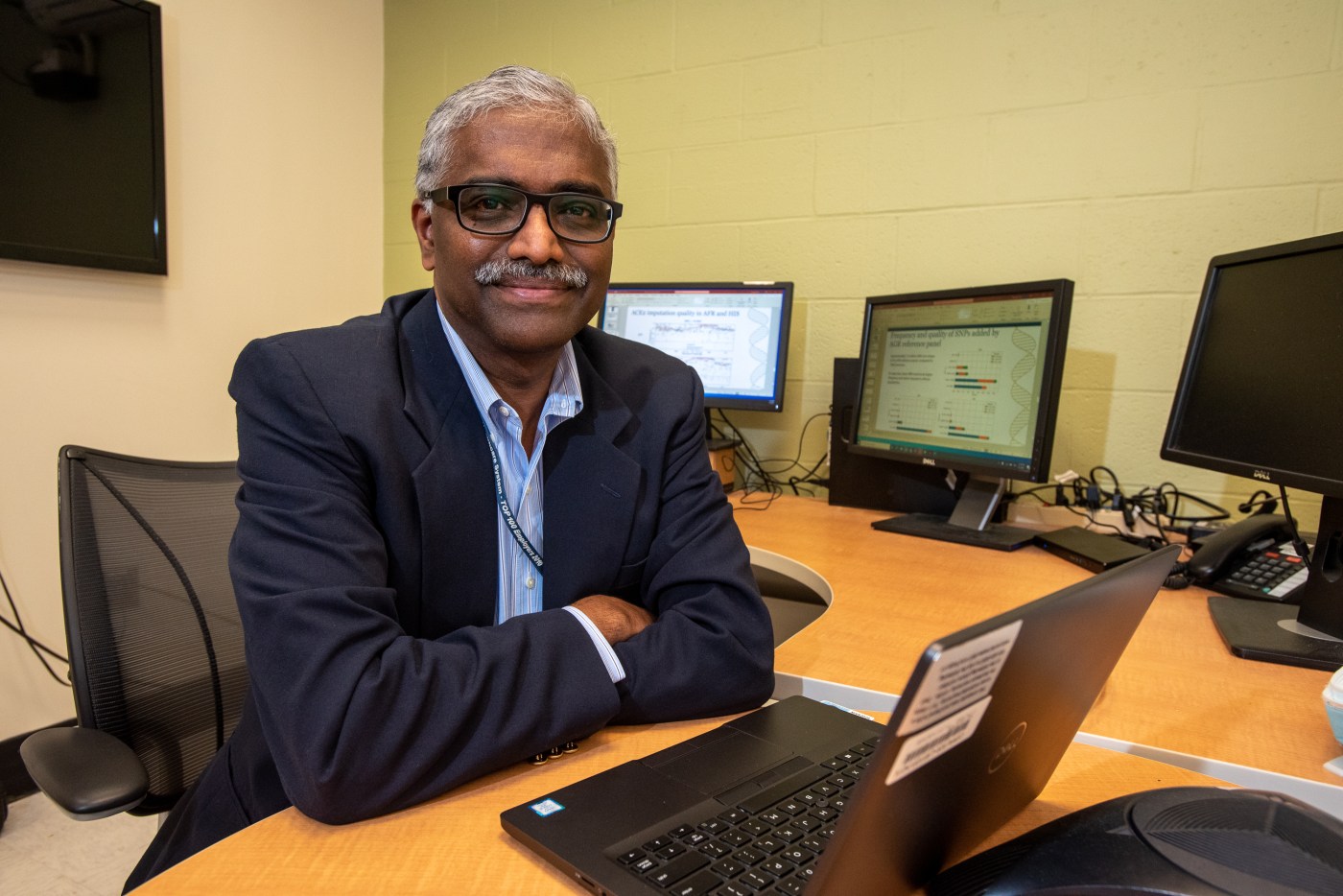 It’s become a clear goal of VA’s Million Veteran Program, one of the world’s largest databases of health and genetic information: to encourage more racial and ethnic diversity in its enrollment. That enrollment is now at more than 830,000 in its climb toward 1 million and beyond. The greater the diversity, the program’s leaders believe, the more opportunities for genetic research into groups that have been traditionally underrepresented in the medical community.

The Million Veteran Program (MVP) is already one of the most genetically diverse health-related databases in enrollment, with African Americans at 20% and Hispanics at 8%. Native Americans and Asian Americans are both at 1% to 2%.

To facilitate this genetic research, MVP recently launched a custom-designed tool that promises to speed breakthroughs to benefit Black and Hispanic Veterans and other racial and ethnic minorities. This “DNA chip” tests for more than 750,000 genetic variants, including over 300,000 that are more common in minority populations and are relevant to their health and well-being. The tool will help VA researchers learn more about conditions, such as cancer, diabetes and heart disease in diverse groups, and to develop targeted treatments.

`This is what precision medicine is all about’

With genetic research, she says, MVP’s goal is to bridge gaps that exist in racial and ethnic populations and to make research relevant across the board.

“Many diseases disproportionately affect racial and ethnic minorities at a higher rate, such as prostate cancer, chronic kidney disease, heart disease, and diabetes in the Black community,” Muralidhar says. “In addition, there are racial and ethnic inequities in access to health care for socioeconomic and other reasons.

“It’s well established that participation of racial and ethnic minorities in research, in general, and in genetic research, in particular, is much lower than participation by Caucasians and people of European descent,” she adds. “Reasons that factor into this include a lack of opportunities and a lack of trust. Thus, research discoveries are sometimes not applicable across racial and ethnic populations, and minority populations are unable to benefit from research.”

The genotyping chip is a piece of silicon about the size of a postage stamp that contains hundreds of thousands of tiny bits of synthetic DNA that include a specific genetic variant, or chemical code. When DNA is extracted from a person via a blood sample, it’s added onto the chip in a test tube with special instruments. Only DNA that has a complementary chemical code will bind to the chip. The rest is washed away. The piece of DNA usually has a detectable marker attached like a fluorescent dye, for example, allowing researchers to identify those that bind and leading to the identification of genetic variants in DNA.

Researchers can then associate certain health traits – like increased risk for a disease or unfavorable reactions to a drug – with specific genetic patterns. This can lead to new therapies for patients with those gene profiles.

Every sample from minority participants will be reanalyzed

The MVP team, Muralidhar explains, has done a comprehensive literature review that enhanced the chip content to be able to detect more genetic variants in Blacks, Hispanics, and other minorities in future MVP studies. The researchers will be reanalyzing every sample from minority participants on the new ethnic-focused chip.

Dr. Saiju Pyarajan, director of the Center for Data and Computational Sciences at the VA Boston Healthcare System, led the design of the DNA chip, in consultation with MVP researchers. Dr. Rachel Ramoni, VA’s chief research and development officer, strongly supported the project and ensured funding for it.