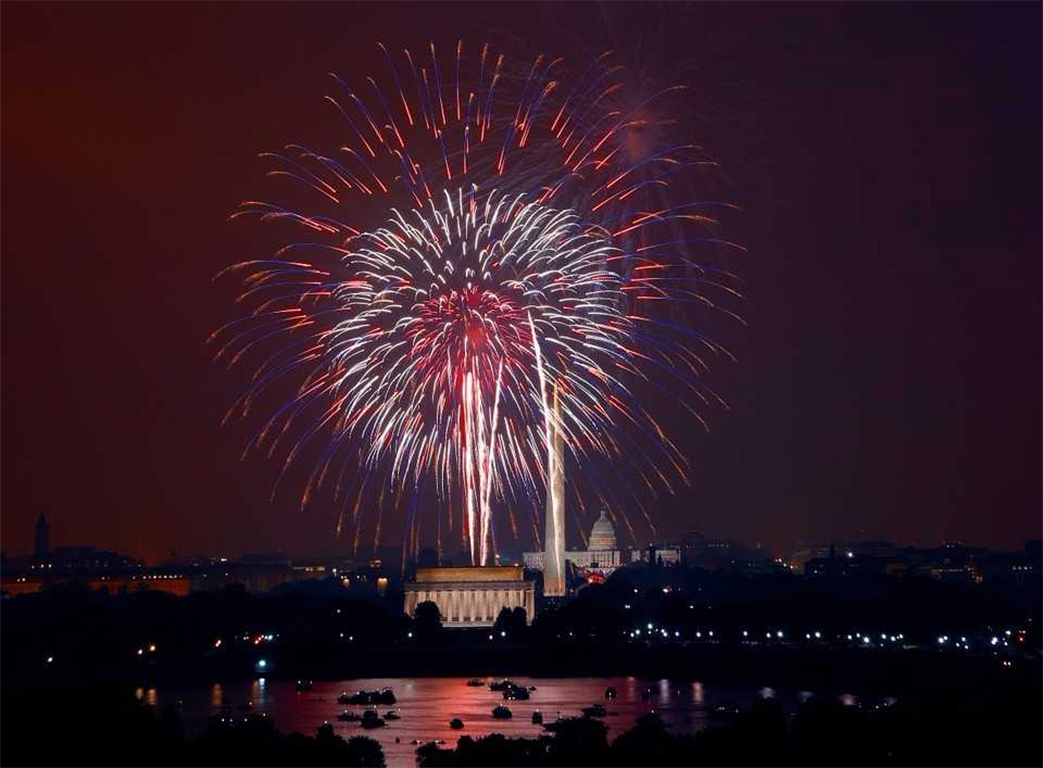 Capital Concerts has announced the 41st annual A Capitol Fourth, America’s Independence Day celebration on PBS, will be hosted by multi-platinum recording artist and star of television, film and the Broadway stage Vanessa Williams. Planning has been underway for many months to be a pre-recorded show due to the pandemic with a live fireworks presentation, in lieu of the traditional live concert on the West Lawn of the U.S. Capitol. The nation’s 245th birthday celebration will feature Williams hosting and performing from Washington, D.C. All-new pre-taped performances from locations across the country will feature top stars from pop, country, R&B, classical and Broadway. Capping off the concert broadcast will be live coverage of the fireworks display over our nation’s iconic skyline captured by multiple cameras stationed around the city.

“I am so honored to be hosting A CAPITOL FOURTH this year,” said host Vanessa Williams. “I first performed on this national July 4th TV tradition in 2005, and it has always held a special place in my heart.”

“As families and friends reunite and the country begins to open up this Fourth of July, we plan to bring you an exciting program with the greatest fireworks display in the nation, performances by the biggest stars and patriotic favorites,” said Executive Producer Michael Colbert. “Make A CAPITOL FOURTH your Independence Day celebration. We have something for everyone’s party.”

The award-winning, top-rated PBS broadcast will bring us together with themes of love, hope, and patriotism, with performances and tributes from around our great country by: Jimmy Buffett, Cynthia Erivo, Alan Jackson, Pentatonix, Jennifer Nettles, Auli’i Cravalho (MOANA, ALL TOGETHER NOW), Train, Gladys Knight, Mickey Guyton, Ali Stroker, Jimmie Allen; Laura Osnes, and the National Symphony Orchestra under the direction of top pops conductor Jack Everly. Renée Fleming will open the show with a special performance of the national anthem.

The National Symphony Orchestra will perform John Williams’ inspiring composition, “Olympic Fanfare,” in tribute to Team USA, honoring the U.S. Olympic and Paralympic Teams as they prepare for the Olympic Games in Tokyo.

The concert will honor men and women of our military and their families for their contributions to our nation and their dedication to service, which exemplifies the American ideals we celebrate on the Fourth of July.

The 41st annual broadcast of A Capitol Fourth airs on PBS Sunday, July 4, 2021, from 8:00 to 9:30 p.m. ET, as well as to our troops serving around the world on the American Forces Network. The program can also be heard in stereo over NPR member stations nationwide, and will be streaming on Facebook, YouTube and www.pbs.org/a-capitol-fourth, and available as Video on Demand for a limited time only, July 4 to July 18, 2021.

The top-rated, award-winning program available on television, radio and digital media will feature a rousing rendition of Tchaikovsky’s “1812 Overture” with the National Symphony Orchestra and The Joint Armed Forces Chorus to accompany the fireworks. Also participating are members of the U.S. Army Band, “Pershing’s Own,” the U.S. Army Herald Trumpets, The Joint Armed Forces Chorus, and The Armed Forces Color Guard provided by the Military District of Washington, D.C.

The program is a co-production of Michael Colbert of Capital Concerts and WETA, Washington, D.C. Executive producer Michael Colbert has assembled an award-winning production team that features the top Hollywood talent behind some of television’s most prestigious entertainment shows.

Capital Concerts is the nation’s leading producer of live patriotic television shows, including PBS’s highest-rated performance specials: National Memorial Day Concert and A Capitol Fourth, the premier celebrations of America’s most important holidays broadcast from the U.S. Capitol building in Washington, D.C. For 40 years, these two award-winning productions have become national traditions, bringing us together as one family of Americans to celebrate our freedom and democratic ideals and to pay tribute to those who defend them. The holiday specials have been honored with over 80 awards including the New York Film Festival Award, the Golden Cine Award, and the Writer’s Guild of America Award.