For VA’s Brandy Wade, making science straightforward is a mission and passion 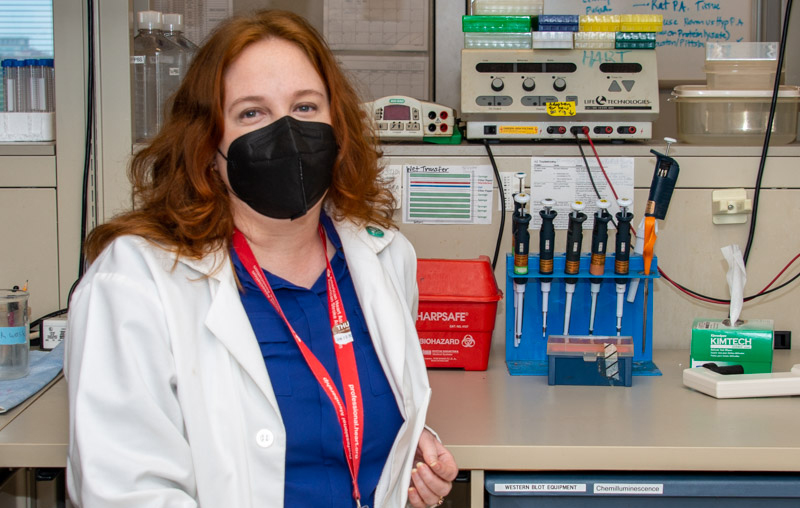 As a kid in grade school, Brandy Wade struggled to grasp concepts that came easily to her classmates. Little did she know that the bane of her childhood would turn into her career super-power.

Today, Wade is a technology transfer specialist for the Technology Transfer Program (TTP), part of VA’s Office of Research and Development. She also cofounded and directs Science for Georgia, a nonprofit organization.

In both positions, Wade uses the same learning skills she labored to acquire as a young student to help her digest difficult ideas—techniques like drawing parallels and creating analogies and relying heavily on images and color. In both her professional roles, Wade serves as an interpreter of sorts, translating complex scientific concepts into understandable messages for particular audiences.

In VA, Wade is a liaison between the science and business worlds. She helps move technology from VA research labs to real-world applications.

“Someone could create the next best therapy in the world to help Veterans and others,” she says, “but it goes nowhere without tech transfer to overcome intricate and very expensive regulatory and marketing hurdles.”

In her role with Science for Georgia, Wade helps inform policymakers and the general public on crucial and complex public policy topics. Among the issues she has helped communicate: the essential role of water in human health and economic development; food affordability; and building children’s language skills through simple steps, such as reading to them.

Why she launched Science for Georgia

Wade’s self-taught tricks for learning complex topics supported her learning long past primary school. They saw her through an Emory University Ph.D. program in genetics and molecular biology and her postdoctoral fellowships at Emory and the Atlanta VA Medical Center. And, she says, the learning tools that helped her unravel intricate concepts also made it easier for her to communicate science to non-scientists.

“During graduate school and my postdocs, I found I was better at talking to non-scientists about science than other people were,” Wade says.

Having pinpointed this talent and identifying a lack of effective courses on how to communicate science, Wade set about creating Science for Georgia. She launched it in 2018 with the mission “to improve communication between scientists and the public, increase public engagement with science, and advocate for the responsible use of science in public policy.”

`Born at the kitchen table’

The nonprofit was “born at the kitchen table,” while she was hanging out with friends, says Wade. As its unpaid director, she works with her team—mostly volunteers—to boil down topics that affect Georgians into straightforward information to educate people and suggest easy-to-achieve follow-up actions.

During the COVID-19 pandemic, for example, Science for Georgia created a fact sheet to explain, in a nutshell, the science-based realities of how people could stay safe by taking steps such as wearing masks, washing their hands, and getting vaccinated. The group has earned a reputation for presenting unbiased information in ways that avoid polarization.

Wade herself conducted lab experiments as a bench scientist for 13 years. She stresses the importance of scientists being able to communicate their findings in a way that captures the interest of the public and policymakers. “To promote evidence-based policies and support the rights of all people, especially those who are marginalized in our society, people need to know about how science affects their daily lives,” she says.

Tamar Nordenberg is a freelance writer supporting the VA Office of Research and Development.