Tenth anniversary of the repeal of Don’t Ask, Don’t Tell 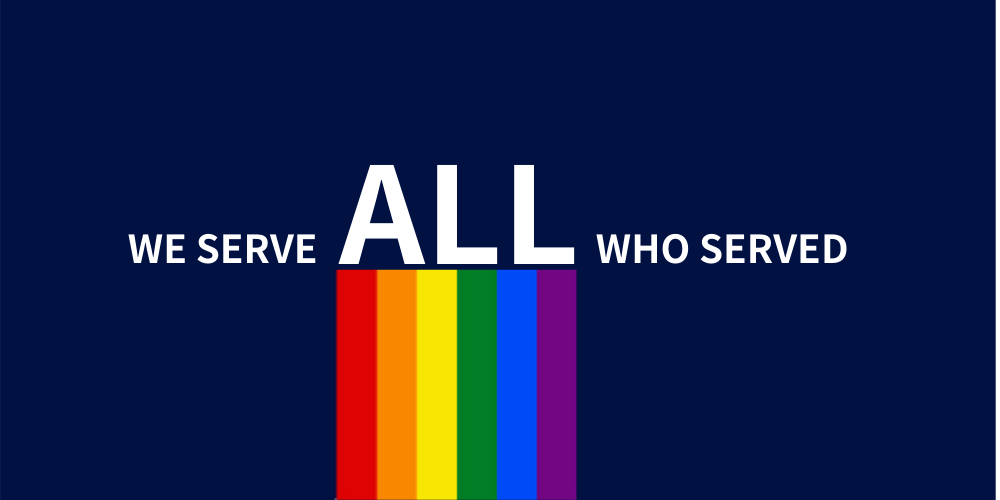 Today marks the tenth anniversary of the repeal of Don’t Ask, Don’t Tell, a policy put into place on Feb. 28, 1994, to prevent lesbian, gay and bisexual (LGB) service members from serving in the military openly. Although the policy was considered a “compromise” from the previous Department of Defense policy dating back to World War II that empowered the military to pursue – or “ask” – service members suspected of engaging in homosexual acts, DADT nevertheless led to the discharge of an estimated 14,000 service members during the almost 18 years it was in place. Today, the Department of Veterans Affairs is working to reverse the harm done to all LGBTQ+ Veterans.

The repeal of DADT gave LGB service members the freedom to serve without having to hide an essential part of themselves. It also recognized what so many of us already knew to be true: That one’s ability to serve in the military should be measured by character, skills and abilities, not who one loves.

As a bisexual Veteran, I chose to present as straight during the push to repeal DADT. It made sense at the time that there was a more pressing need for me as a woman married to a man to say, “No one in my unit cared if anyone was gay while we were in Iraq.” I could talk credibly about how the lack of sufficient Arabic linguists harmed our effectiveness downrange, and my own identity seemed irrelevant. It took many years for me to shed the toxic legacy of having served under DADT and come back out of the closet; I’m proud to recognize this anniversary as my authentic self.

At VA, we continuously work not only to meet the needs of LGBTQ+ Veterans, but also to address ongoing issues that LGBTQ+ Veterans face as a result of the military’s decades-long official policy of homophobia and transphobia. Earlier this year, Veterans Affairs Secretary Denis McDonough made it a priority to ensure that LGBTQ+ Veterans have the same level of access to VA care and services as all other Veterans have. Actions he has taken include establishing a task force to examine how VA policies hinder or prohibit access to care and services and working to remove barriers that transgender Veterans face in accessing gender-affirming care.

Today, we are also taking steps to clarify VA policy for Veterans who were given other than honorable discharges based on homosexual conduct, gender identity or HIV status. Under this newly-issued guidance, VA adjudicators shall find that all discharged service members whose separation was due to sexual orientation, gender identity or HIV status are considered “Veterans” who may be eligible for VA benefits, like VR&E, home loan guaranty, compensation & pension, health care, homeless program and/or burial benefits, so long as the record does not implicate a statutory or regulatory bar to benefits.

This policy statement does not represent a change in law, as Veterans who were discharged under DADT alone have been generally eligible for benefits under current statute and regulation. However, this policy reiterates what constitutes eligibility for benefits under law. In addition, every Character of Discharge case that is initially considered for denial will also get a second look before that action is taken. Given that large numbers of LGBTQ+ Veterans who were affected by previous homophobic and transphobic policies have not applied for a discharge upgrade due to the perception that the process could be onerous, we are hopeful that this policy statement encourages more of them to contact VA to determine their eligibility for care and services.

Although VA recognizes that the trauma caused by the military’s decades-long policy of discrimination against LGBTQ+ people cannot be undone in a few short months, the Biden administration and Secretary McDonough are taking the steps necessary to begin addressing the pain that such policies have created. LGBTQ+ Veterans are not any less worthy of the care and services that all Veterans earn through their service, and VA is committed to making sure that they have equal access to those services.