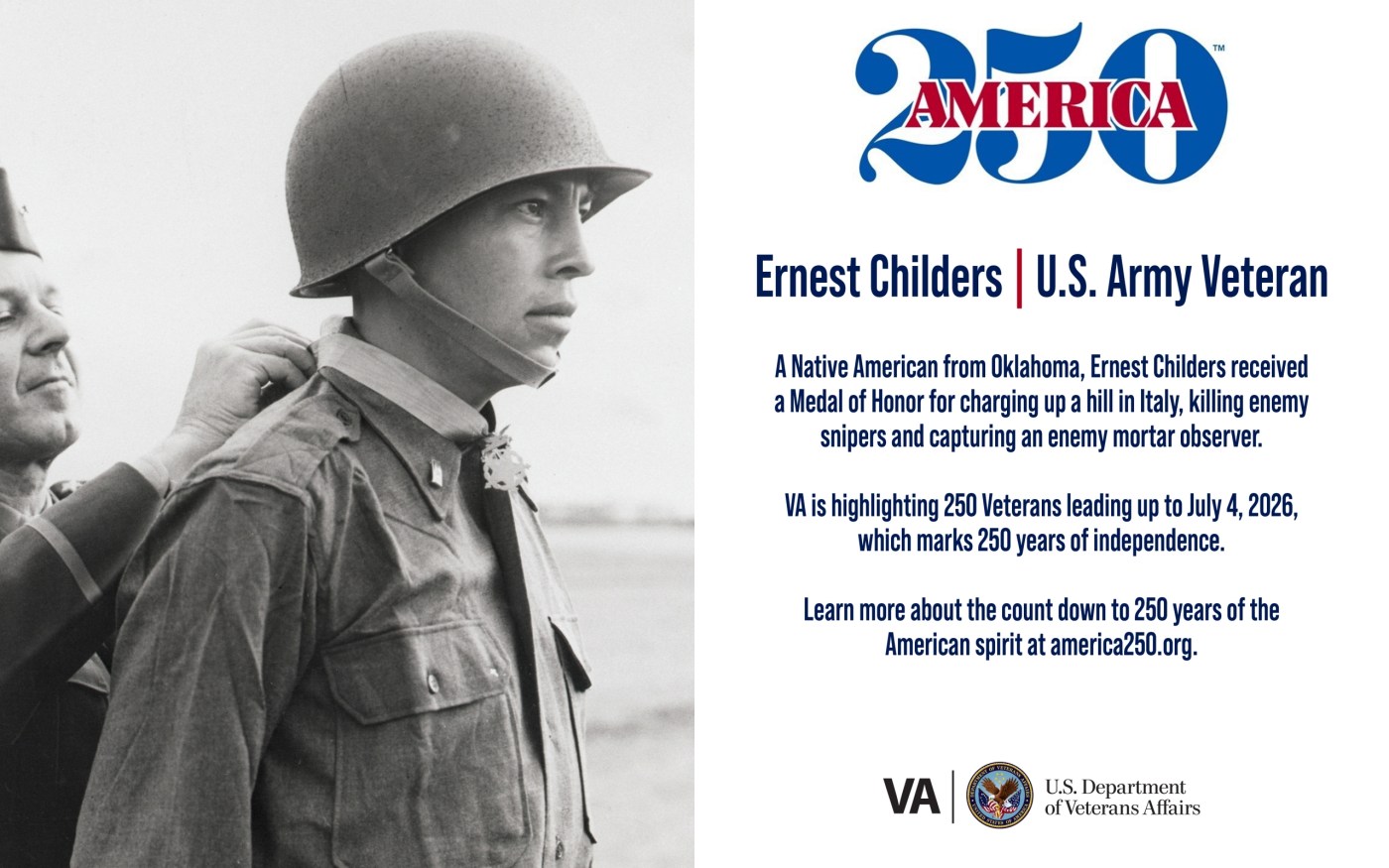 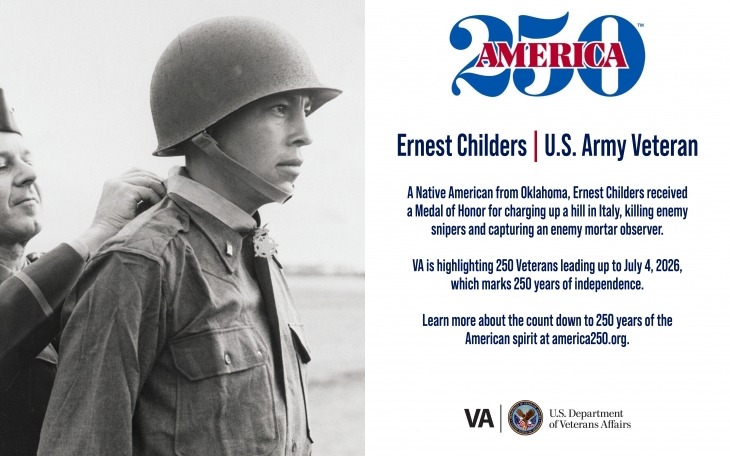 Ernest Childers was a member of the Creek Nation who lived in Broken Arrow, Oklahoma. His father died when he was 12, and Childers learned to hunt to provide for his family, which helped him perfect his sharpshooting. After graduating from the Chilocco Indian Agricultural School, Childers enlisted in the Oklahoma National Guard. He served with Company C of the 180th Infantry Regiment, 45th Infantry Division. Childers rose to become a sergeant based on his leadership skill. In September 1940, the Army activated the 45th Infantry Division for wartime training. Childers’ division went to bases in New York, Massachusetts and Virginia to train in amphibious assault and winter warfare before they deployed to Europe in June 1943.

In July 1943, the 45th Infantry Division participated in the invasion of Sicily and was active in supporting the Seventh Army’s campaign onto the Italian mainland at Salerno. By September, Childers received a promotion to second lieutenant. On Sept. 22, 1943, Childers’ division fought enemy forces at the town of Oliveto in southwest Italy but could not advance through enemy fire. Though injured, Childers led a group of eight men under heavy gunfire into enemy territory.

“I ordered the men to take cover while I went ahead to look for machine gun nests,” Childers recalled in a 2005 Tulsa World article. “There was a German in a stone hut who got smart. Some more just ahead also got smart. By this time, I was out of hand grenades, so I chunked a rock at the machine gun nest. It fell short. I threw another, and it landed in the nest. The Germans, thinking it was a grenade, jumped out and fell back— but they didn’t move anymore.”

According to his Medal of Honor citation, Childers killed two enemy snipers, took out two machine gun nests and captured a mortar observer single-handedly. For his actions at Oliveto, Childers received a Medal of Honor in April 1944. He was the first Native American to receive the honor during World War II.

“Heroism was the furthest thing [from] my mind that day,” Childers stated in a 2005 article in the Los Angeles Times. “I was just trying to stay alive and help keep my buddies alive.”

After recovering from his injury, Childers rejoined the 45th Infantry and was wounded again during the Battle of Anzio in central Italy. Following his recovery, he returned to the U.S., where his hometown honored him.

According to a 2018 article in the Smithsonian’s National Museum of the American Indian, the Interior Department’s publication “Indians at Work” wrote: “Schools and businesses were closed; the entire population of the town and surrounding country turned out; the parade was impressive; and the key of the proud little city was presented to the home-town boy who had indubitably ‘made good.’”

When World War II ended in August 1945, Childers remained in the Army and continued his service during the Korean and Vietnam Wars.

“If anyone says he’s not afraid when he goes into battle, he’s just a liar,” Childers said later about his service. He retired from the Army in 1965 as a lieutenant colonel. His many honors include a Medal of Honor, a Bronze Star, a Purple Heart and an Italian Cross of Valor.

Following his military service, Childers remained active in his community. In 1967, he became a job corps regional coordinator for the Department of the Interior’s Jobs Corps.

“Colonel Childers is a member of a very select society–those who have won the Nation’s highest military decoration and have lived to tell about it,” Secretary Stewart Udall said in a 1967 press release on the Department of Interior website. “Having come up from an underdog start in life, and having worked with all kinds of people the world over, under all kinds of conditions, he is superbly qualified for his new position, which relates conservation to people.”

In 1994, a statue of Childers was erected in Broken Arrow’s Veterans Park. He also frequently made appearances at the middle school named for him in 1985.

Childers passed away in March 2005 at the age of 87. He was buried with full honors in Broken Arrow.