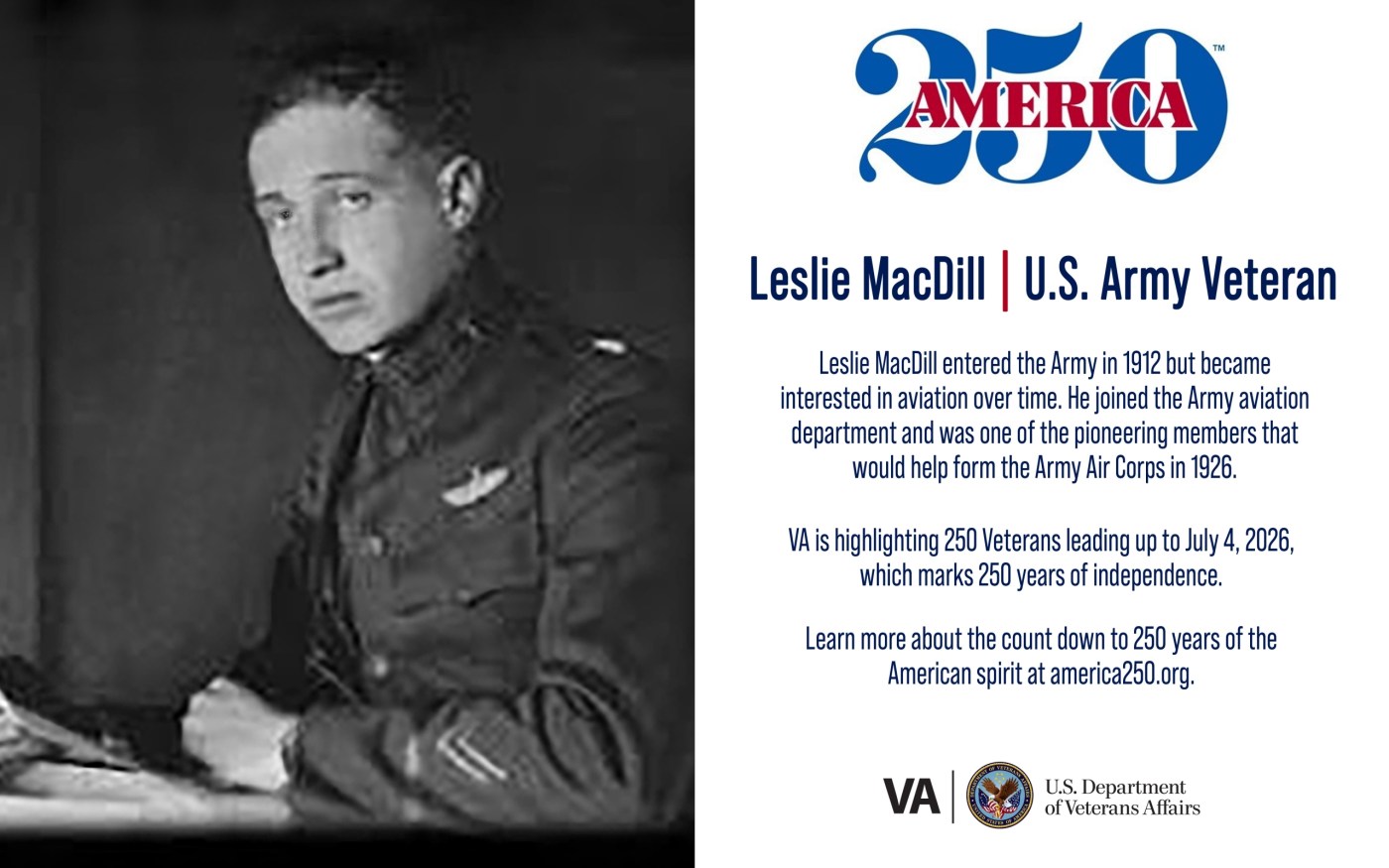 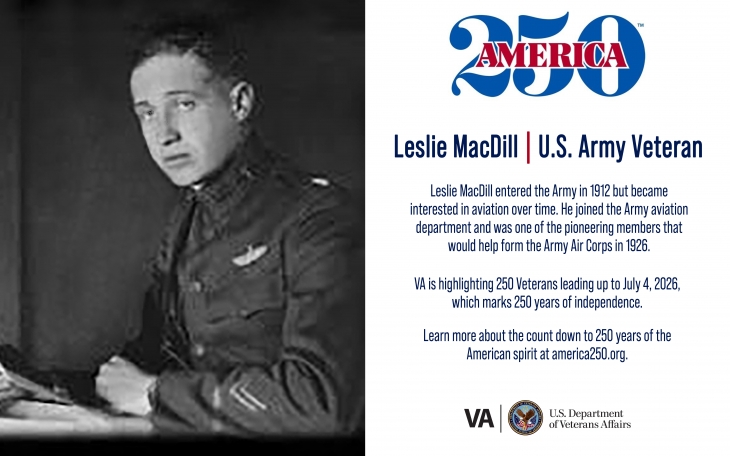 Leslie MacDill joined the Army in April 1912, commissioning as a second lieutenant in Coast Artillery Corps. This branch performed coastal, harbor and anti-aircraft defense work. MacDill completed heavy artillery training at Fort Monroe in Virginia before transferring to Fort Hamilton in New York. During his time at Fort Hamilton, MacDill became interested in military aviation. So, in 1914 he transferred to Army Signal Corps’ aviation section.

MacDill completed aviation training at Rockwell Field on North Island in San Diego, California, which made him a qualified junior military aviator. Because of this qualification he promoted to first lieutenant. His first assignment was with the 1st Aero Squadron at Fort Sill, Oklahoma. He later transferred to the 2nd Aero Squadron, based in the Philippines during World War I. Following his return to the U.S. in 1917, MacDill temporarily served in the Office of the Chief Signal Caller in Washington D.C. Afterwards, he organized a detachment of aviation cadets deploying to Europe. The aviator detachment was assigned to go to Italy but stayed in England, while MacDill served in France as a materiel officer for the American Expeditionary Forces. During this time he also commanded an aerial gunnery school in Saint-Jean-de-Monts, France, teaching the weaponry mechanics of aircrafts like the Nieuport and Sopwith Camel biplane fighters.

After the end of the war, MacDill returned to the U.S., where he worked at the office of the director of Air Service and as a member of the Air Service advisory board. In 1920, he promoted to major and enrolled at the Massachusetts Institute of Technology (MIT) to study aeronautical engineering. He earned a doctor of science degree in 1922.

Following his studies at MIT, MacDill became the assistant to the commanding officer at McCook Field in Ohio. At the time, the field was the center of U.S. aviation research and development. MacDill served intermittently as chief of the engineering division at McCook Field until 1929. MacDill was also active in other departments, working as a technical advisor for the Morrow Board and as an experimental engineer. In addition, he worked in the research and development of airplanes, engines, and propellers, as well as communications equipment like cameras, radio and engine accessories. According to a timeline of MacDill’s life made by MacDill Air Force Base, the Morrow Board was conceived with the intention of reshaping aviation policy. Through his successful advocating for the creation of an Air Corps, the Army established the branch in 1926.

In 1929, MacDill returned to Washington, D.C., to work with the Office of the Chief of the Air Corps. During the 1930s, he worked with the War Plans Division to assist Air Corps efforts to urge Congress to allocate funding for more aircraft. Furthermore, he assisted with producing a proposal of a five-year plan to expand the Army Air Corps. The plan would cost $42 million. The proposal was not accepted. MacDill continued to rise through the ranks by attending the Army and Naval War Colleges from 1933 to 1935. In 1936 he promoted to colonel.

On Nov. 9, 1938, MacDill piloted a BC-1 plane from Bolling Field in Washington, D.C., but he lost control due to engine failure. The plane crashed on a street in D.C., killing MacDill and his mechanic, Pvt. Joseph G. Gloxner, upon impact.

MacDill was buried at Arlington National Cemetery with military honors. During his service, he received the World War I Victory Medal. In 1941, MacDill Field (now MacDill Air Force Base), an air base in Tampa, Florida, activated.