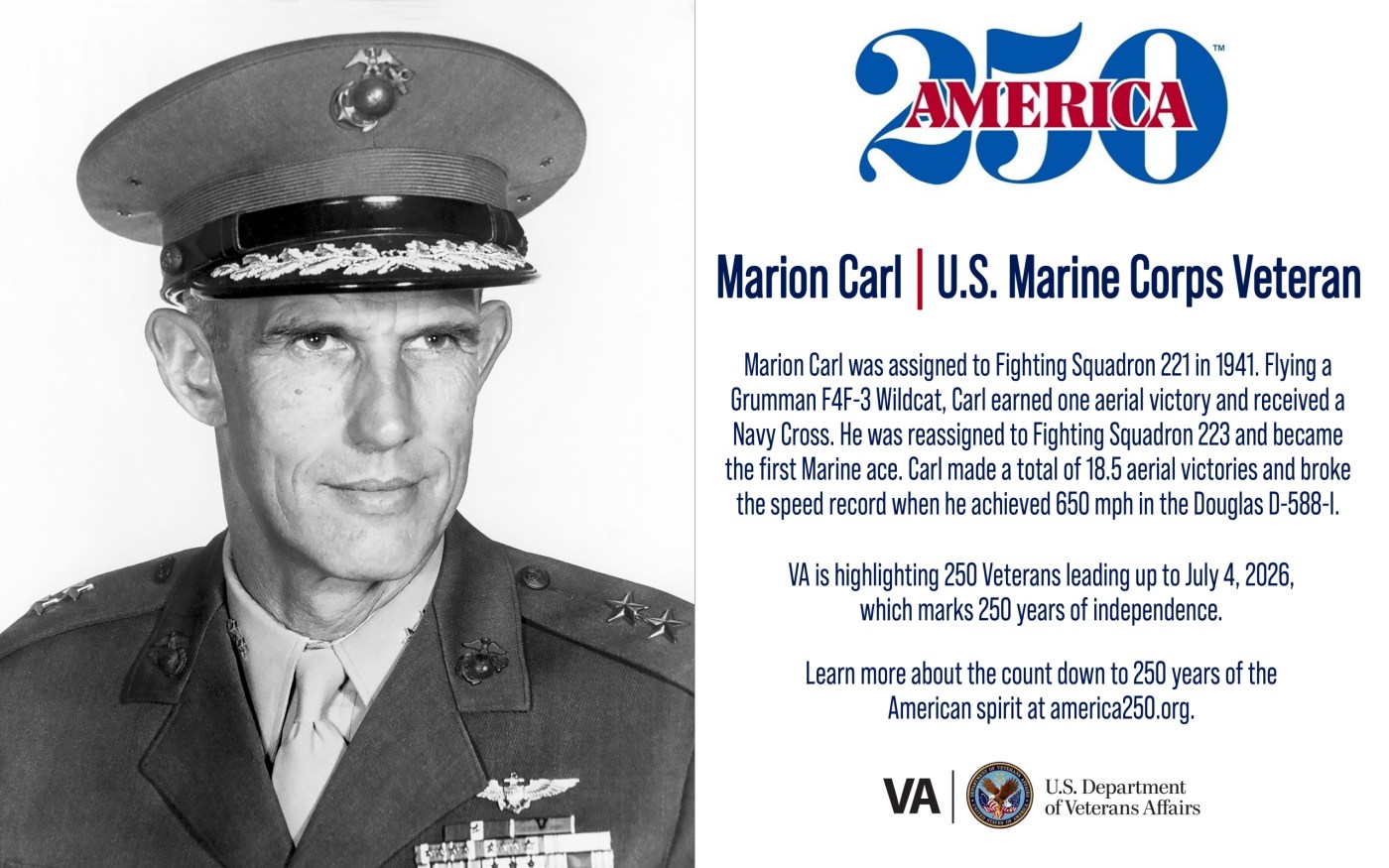 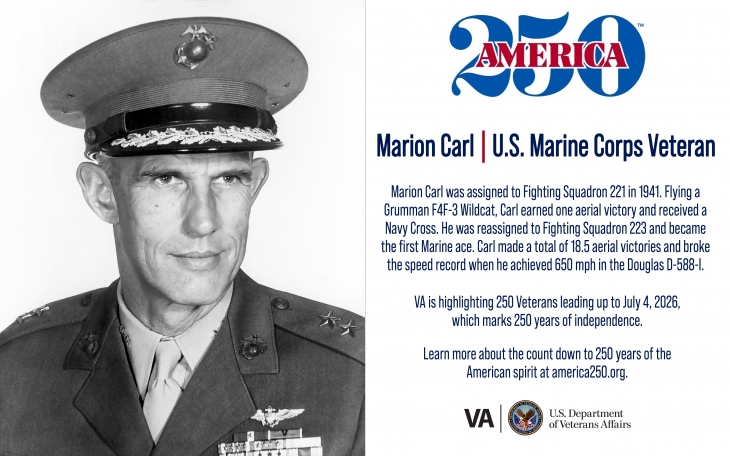 In a different world, Marion Carl may have taken over his family’s farm near Hubbard, Oregon. However, his antipathy for farming coupled with his skills as a mechanic set him on the path to becoming a skilled Marine Corps pilot.

Born in November 1915, Carl grew up on his family’s farm in Oregon. After graduating high school, he attended Oregon State College to study aeronautical engineering. He was also in Army Reserve Officers’ Training Corps and earned a private pilot license. Graduating in 1938, Carl resigned from his Army commission to pursue Navy flight training, earning his Wings of Gold and Marine Corps commission in 1939.

After training, Carl joined Fighting Squadron One (VMF-1) at Quantico, Virginia. In his year with the squadron, he impressed commanders with his skills on the Grumman F3F biplane. In May 1940, Carl returned to Pensacola, Florida, where he served as a flight instructor. Shortly after the attack on Pearl Harbor, Carl deployed to Midway Atoll with Fighting Squadron 221 (VMF-221). There, he worked on patrols until a large Japanese force attacked in June 1942. Flying a Grumman F4F-3 Wildcat, Carl earned one aerial victory in the battle despite his guns jamming midflight. He also received a Navy Cross for his actions during the battle. Despite suffering heavy losses, the U.S. achieved victory at Midway.

After reassignment to Fighting Squadron 223 (VMF-223), Carl deployed to Guadalcanal in the Solomon Islands in August 1942. Situated in a base located in the northern portion of Guadalcanal, the squadron was within range of Japanese artillery and saw frequent attacks from land-based bombers. Nevertheless, Carl completed six missions and claimed six aerial victories within a week on the island. By October, Carl became the first Marine Corps ace in World War II by achieving 16.5 aerial victories, receiving a second Navy Cross.

After rotating out of Guadalcanal, Carl’s squadron went on a publicity tour in the U.S. He returned to the Solomon Islands Campaign in July 1943, this time serving as his squadron’s commander. Now flying F4U Corsairs, Carl earned two aerial victories by December, raising his total to 18.5.

In 1945, Carl worked as a naval test pilot at the Naval Air Test Center located in Patuxent, Maryland. He later broke the speed record in 1947, achieving 651 mph in the Douglas Skystreak D-558-I at Edwards Air Force Base in California. After a stint as the commanding officer of Fighting Squadron 122 (VMF-122), Carl set an unofficial world altitude record in 1953 with the Douglas Skyrocket D-588-II.

Not only did Carl set records, but he also played a role during the Cold War. In 1954, he commanded a reconnaissance squadron charged with flying covert missions to photograph Communist forces in China.

During the Vietnam War, the now-brigadier general commanded the 1st Marine Brigade and flew missions using virtually every aircraft available to him. During his tour, he made supporting Marine infantry his priority. In 1967, Carl commanded the 2nd Aircraft Wing at Cherry Point, North Carolina, until 1970, when he became inspector general of the Marine Corps. He retired in 1973.

Retired, Carl returned to Oregon where he found enjoyment in outdoor activities like hiking and fishing. In June 1998, Carl was fatally wounded defending his wife during a robbery at their home. He is buried in Arlington National Cemetery.