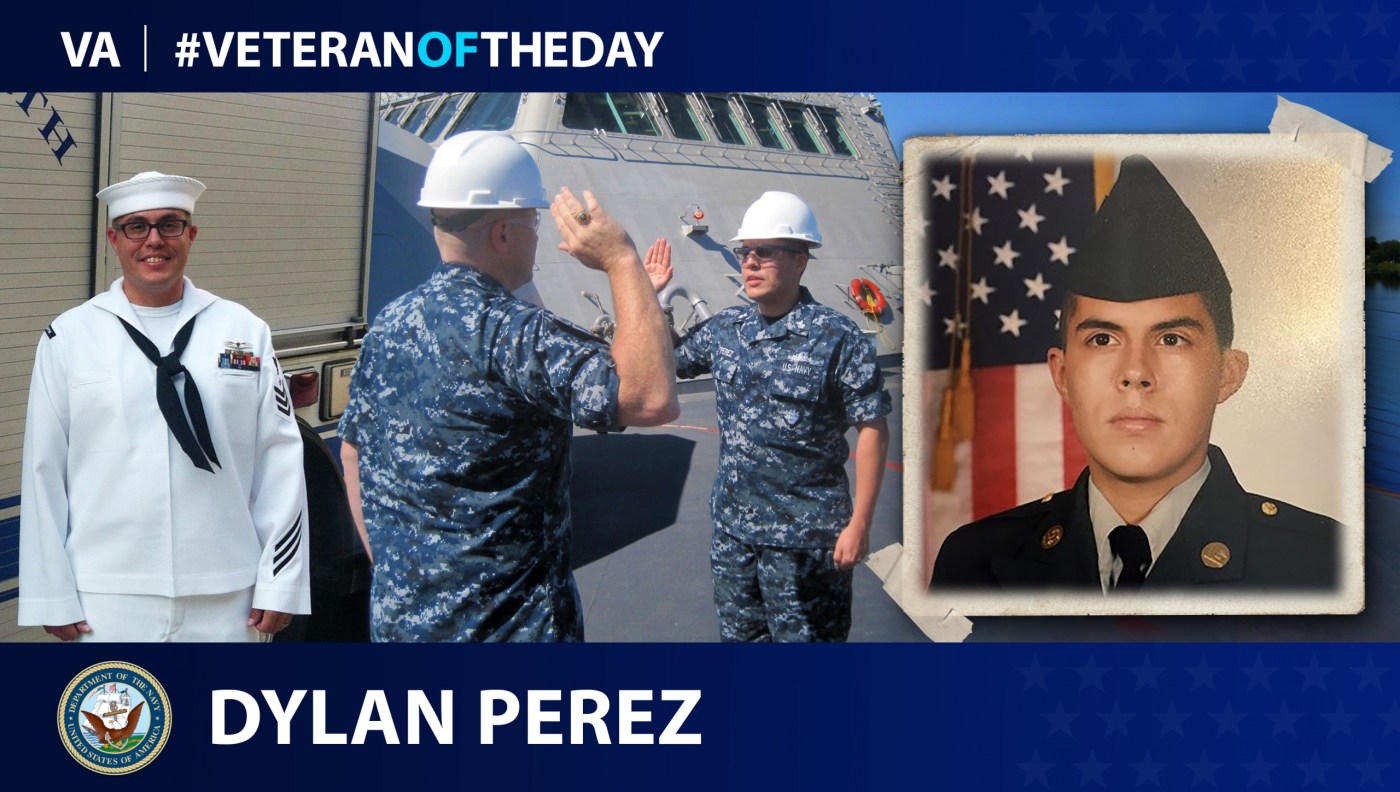 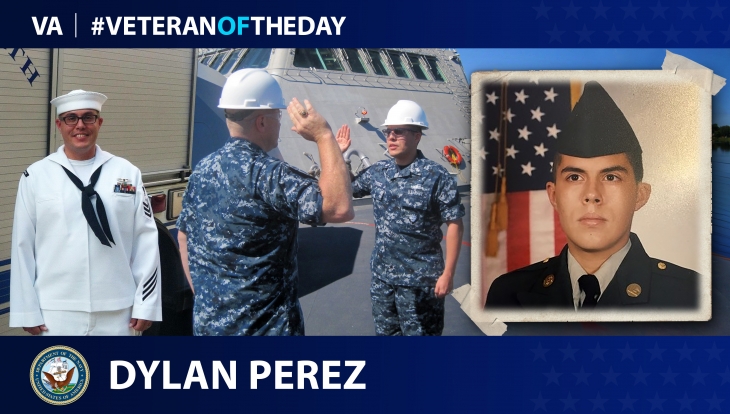 Today’s #VeteranOfTheDay is Navy and Army Veteran Dylan Perez, who served as a Reservist and electronics technician from 1992 to 2016.

Perez began his time in the Navy on USS John F. Kennedy, where he served from 1998 to 2001. From 1999 to 2000, the ship deployed to the Persian Gulf, where it hosted King Abdullah II of Jordan. The ship also supported Operation Southern Watch, which maintained a no-fly zone over Iraq following the Persian Gulf War. During this time, Perez served as an electronics technician.

From 2005 to 2008, Perez served at Naval Air Station Jacksonville. There, he served on USS Robert G. Bradley as an information systems and electronics technician. The ship deployed twice for counter-drug operations. It also participated in the 2006 Baltic Operations, a yearly military exercise held in the Baltic region.

From 2008 to 2011, Perez served at Naval Station Great Lakes as a course supervisor and trainer for radar systems. He also provided tax assistance for active-duty soldiers, Veterans and their families. Ultimately, he helped over 10,000 people get $14 million in tax refunds and aided them in saving over $1.7 million in preparation fees.

From 2011 to 2015, Perez served at Naval Base San Diego as a systems administrator and electronics technician. He also worked on USS Fort Worth, which deployed to the Pacific from 2014 to 2015. From 2015 to 2016, he served as a data analyst for the commander, Littoral Ship Squadron One.

After his service, Perez pursued a career in information technology. In 2019, he earned a bachelor’s degree in computer information technology from Texas Christian University. Thereafter he worked for First American Payment Systems followed by Verizon, where he now works as a senior network engineer.