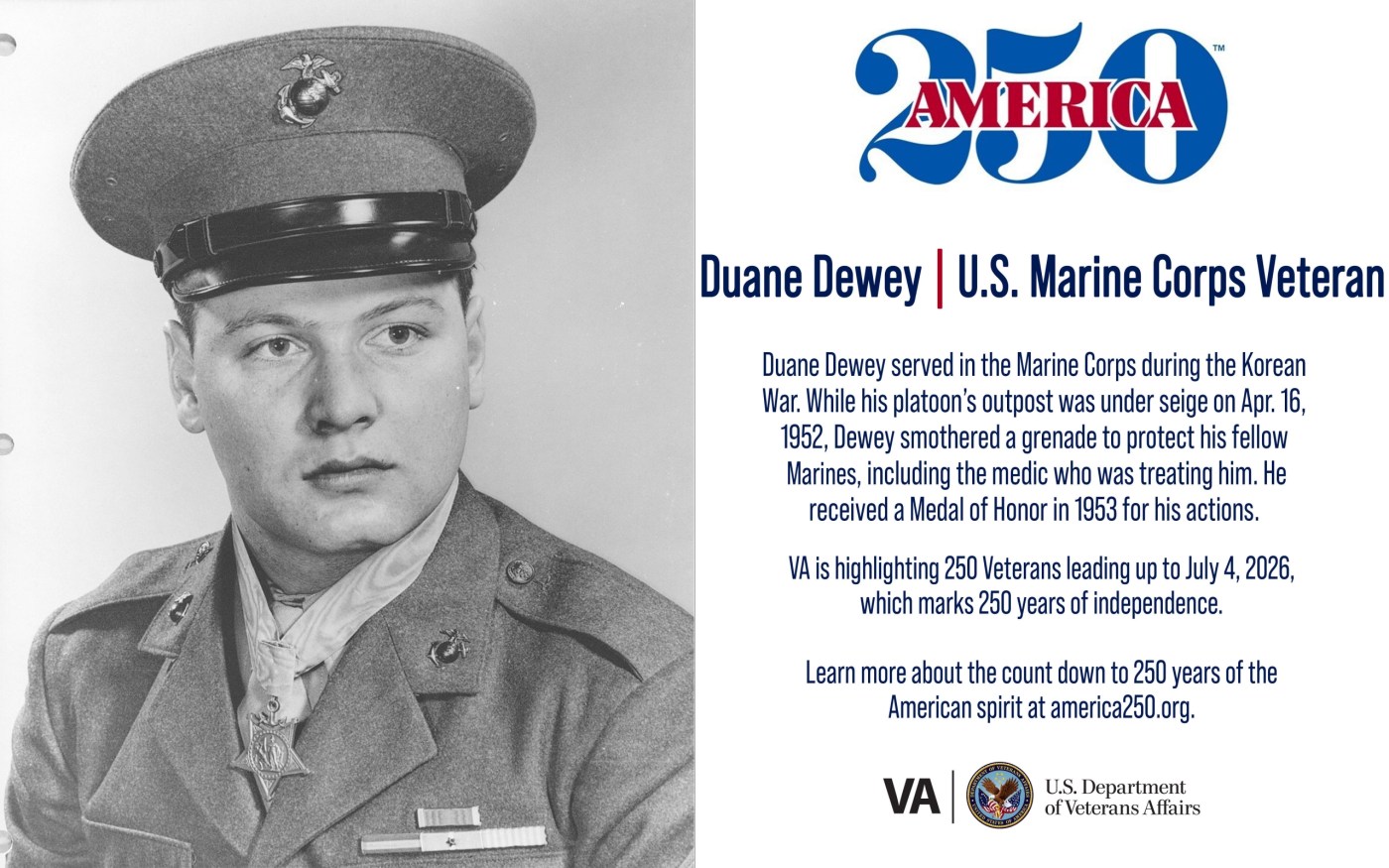 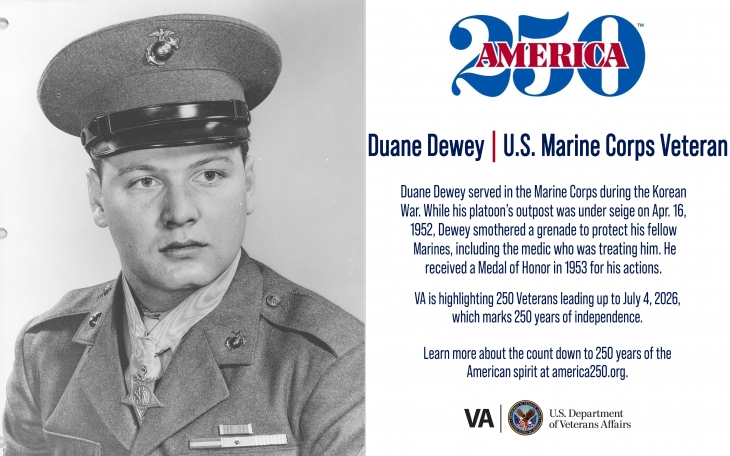 Duane Dewey was born in 1931 in Grand Rapids, Michigan, to laborers during the Great Depression. His childhood was defined by where work was available. When he was 11 years old, his family moved to Muskegon, Michigan, where he graduated from high school. After high school, Dewey was an A1 draftee, meaning he was likely to deploy to Korea. Because of this, many places would not hire him. He joined the Marines with his cousin on March 7, 1951.

Dewey then went to Parris Island in South Carolina for boot camp, followed by advanced training at Camp Pendleton in California, where he trained on machine guns. He shipped out from San Diego on Sept. 15 and arrived in Korea around Oct. 1. His draft was the first to land around the 38th parallel, the line dividing North and South Korea today. He served with Company E, 5th Marines, 1st Marine Division on the east coast of the peninsula. He distinctly remembered the bitterly cold conditions upon arriving and receiving summer sleeping bags for their first night.

In March 1952, Dewey’s platoon went to the west coast of Korea. His group of 80 men served at an outpost for a week. On the night of April 16, 1952, Chinese soldiers surrounded the outpost, outnumbering the Marines by hundreds. After both sides threw some grenades, all-out war started. A few hours later, almost out of ammo and pulling back, a grenade injured Dewey on his left leg. While getting fixed up by a medic, a grenade landed near him.

“My first impulse was to throw it, but I was lying flat on my back, and I didn’t know if I could get it out of reach of my own men,” he recalled in an interview with the Library of Congress’s Veteran History Project. Dewey smothered the grenade to protect the lives of the surrounding Marines.

Dewey survived the explosion and stayed in a bunker until the Americans evacuated. He spent some time recovering in field hospitals, followed by a ship, then went to Japan and finally returned to the United States. In August 1952, Dewey left the Marine Corps and took a job at a piano factory in South Haven, Michigan, where he worked for the next seven years.

Dewey did not view his actions in Korea as very meritorious.

“I was just doing my job like anybody else,” he said. Most people he talked to also assumed that he had “just been doing his job” while in Korea; many did not believe that he had received a Medal of Honor before his White House ceremony–including the colonel who delivered his Purple Heart to him in Hawaii. “Don’t tell anybody I’ve been wrote up for this, cause they think I’m cuckoo!” he recalled writing to his wife and mother.

Still, the time came when Dewey received recognition for his actions. On March 12, 1953, he received a Medal of Honor from President Dwight Eisenhower in the Oval Office. At the ceremony, President Eisenhower turned to him and said, “you must have a body made of steel.” The honors did not end there. Upon returning to South Haven, Dewey and his wife received a new, fully furnished house for the young couple to live in.

Eventually, fed up with his job at the piano factory, Dewey left in 1959 and educated himself on office machine repair, starting his own repair business out of his garage. In 1987, AMVETS named their post in Baldwin, Michigan, in his honor.