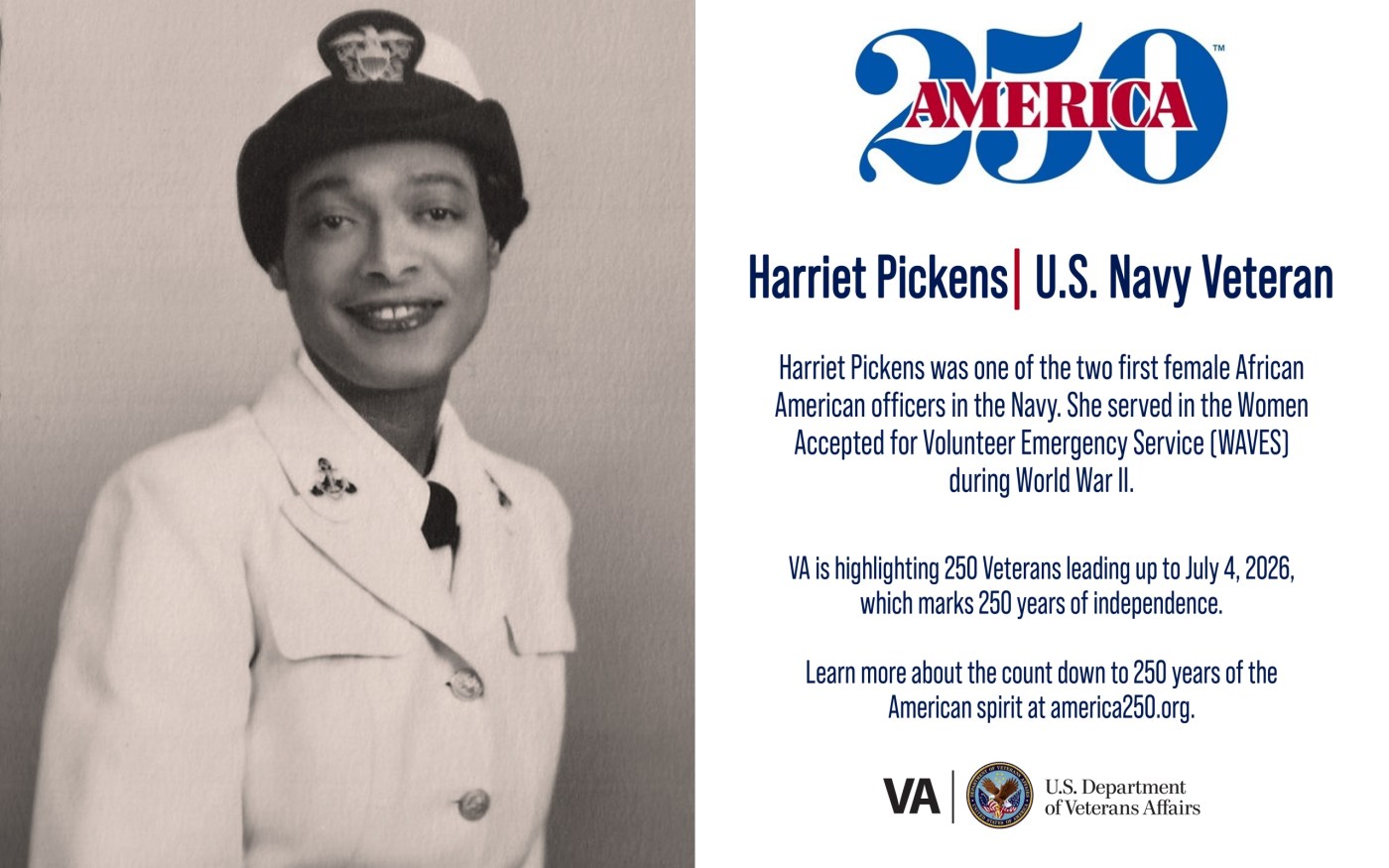 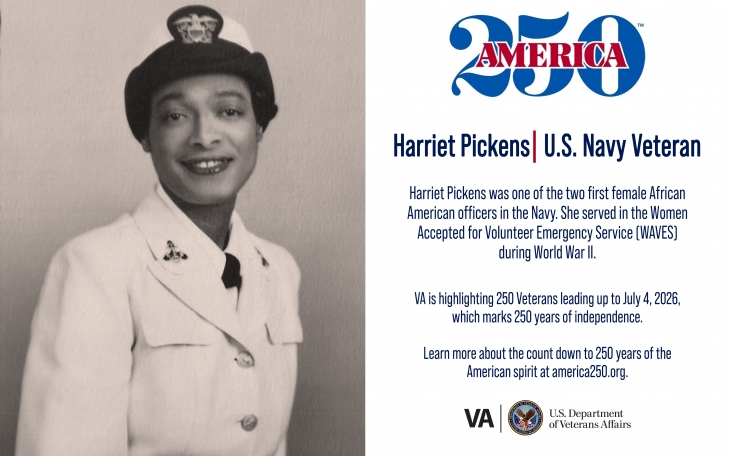 From a young age, Harriet Pickens had a strong sense of social justice. Her father was one of the founding members of the NAACP, and Pickens grew up among his circle of civil rights activists. After graduating from high school in 1926, Pickens attended Smith College in Northampton, Massachusetts, and studied public health. She was one of six in her class to graduate with highest honors for all-around merit. Pickens then attended Columbia University and received a master’s degree in political science. In 1934, she became the supervisor of a recreation program maintained by the New Deal’s Works Progress Administration for the Juvenile Aid Bureau of the New York City Police Department. Pickens would go on to become executive secretary of the Harlem Tuberculosis and Health Committee.

In 1942, Congress amended the Naval Reserve Act of 1938, which had originally barred women from joining the Naval Reserve. This amendment, noted as the Navy Women’s Reserve Act, created a women’s reserve and enabled more men to serve in combat. However, African Americans were not allowed to join. The African American community lobbied against Congress and President Franklin D. Roosevelt’s administration to change the law for the newly formed Women Accepted for Volunteer Emergency Service (WAVES) program. Pickens’ father, William Pickens, was among those who lobbied for equality.

In October 1944, African American were allowed to serve in the WAVES, and Pickens was recommended by her father as an ideal candidate.

Based on her qualifications, Pickens was able to successfully join. But despite the change allowing African American women in the service, discrimination was still apparent.

“The senators and congressmen from the South wouldn’t let her go on for further naval training to Smith College,” Bill Pickens said. “They kept her and Frances [Wills] out for the first three weeks of training, thinking they’d fall behind and never catch up. Harriet caught up in her first week there. She finished third in her class.”

On Dec. 26, 1944, the two women became the first female African American officers in the Navy; Pickens commissioned a lieutenant and Frances Wills an ensign. Wills later recalled, “Navy photographers were everywhere. Harriet and I were asked to pose pushing down together to close a suitcase. Although the photograph itself was first-rate and has been shown many times in the years since that day it was entirely fictional. By the time that the photographer approached and described the shot he wanted, both Harriet and I had long since stowed away all our gear and were waiting with the same undisguised eagerness as all of our classmates for train time. It was not difficult to smile a happy smile.”

They were then assigned to Wills’ alma mater, Hunter College in New York City, for training. At Hunter, Pickens was assigned to the physical training program, leading training sessions for WAVES recruits. She was stationed at Hunter for most of her service but traveled across the country with Wills to recruit. When the war ended in August 1945, Pickens transferred to the Reserve. She was later honorably discharged as a lieutenant.

After her military service, Pickens returned to her work with the Harlem Tuberculosis and Health Committee. She later became active in the New York City Commission on Human Rights.

“My aunt was politically savvy, socially aware, historically relevant and she was widely known around the country,” Bill Pickens said. “With the 75th anniversary of the Normandy invasion this year, I was thinking about her — you know, how she made history.”