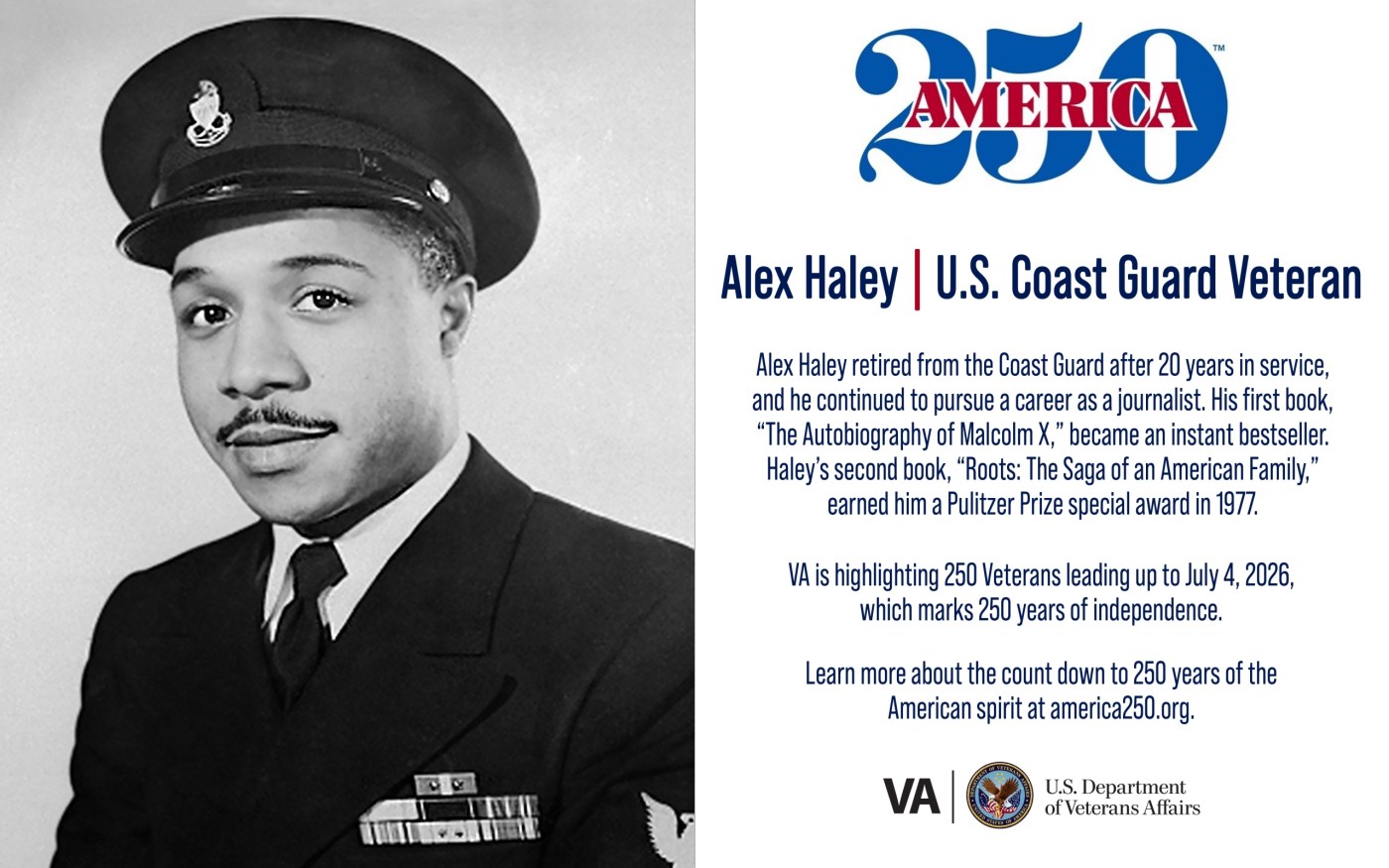 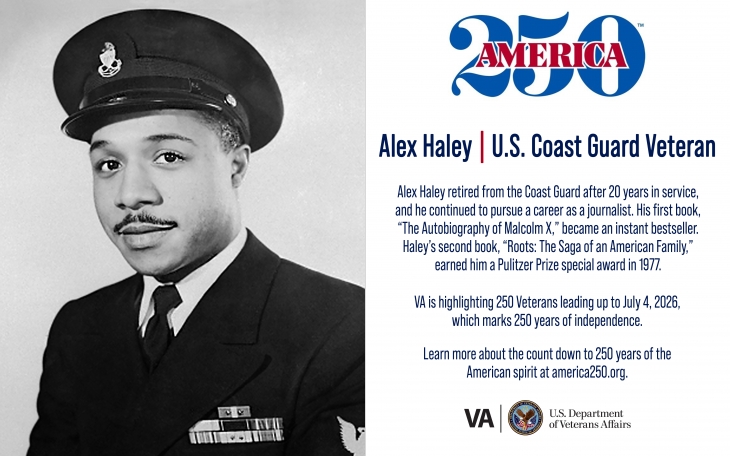 Alexander Palmer Haley was born in Ithaca, New York, in 1921. A devoted son, he enrolled in college at age 15 to please his father, a professor at Alabama A&M University. He enrolled at Alcorn State University in Mississippi for a year and then transferred to Elizabeth City State College in North Carolina. However, he did not excel in his studies, and he and his father agreed that joining the military would help Haley learn the proper discipline and skills necessary for a college education.

Haley decided to enlist in the Coast Guard when he turned 18. He started his military career as a mess attendant on United States Coast Guard Cutter (USCGC) Mendota, responsible for waiting tables, shining shoes and performing other janitorial tasks.

Less than a year later, Haley transferred to USCGC Pamlico, where he received his first promotion. Haley achieved the rank of petty officer third class and learned how to cook. After three years there, he transferred to USS Murzim, an ammunition supply ship for the Allied Powers in the Pacific Theater.

While aboard Murzim, Haley improved his writing skills. He began writing love letters on behalf of his crewmates, receiving payment for his services that reportedly motivated a once-scornful girlfriend into “writing back, begging forgiveness.”

Haley’s writing during this time was not limited to simply playing Cupid. He also began working on magazine and newspaper articles and contributing to Murzim’s newsletter, Seafarer. His first success came from a piece he wrote for Seafarer, titled “Mail Call.” When one soldier mailed a copy of the piece home, it was reprinted first in his local newspaper, then in newspapers across the country.

At the end of World War II, Haley had accumulated several years of journalism and writing experience. At his request, he transferred to the previously nonexistent rating of journalist. He was assigned to the Third Coast Guard District’s Headquarters building in New York City and achieved the rank of chief petty officer. In New York, Haley served as the first-ever chief journalist for the Coast Guard and the permanent assistant to the public relations officer.

Haley retired from the Coast Guard in 1959 after 20 years in service. He spoke fondly of his time serving, saying, “You don’t spend twenty years in the service and not have a warm, nostalgic feeling left in you.”

He continued to pursue a career as a journalist, eventually becoming the senior editor for Reader’s Digest magazine. His first book, “The Autobiography of Malcolm X,” became an instant bestseller. Haley’s second book, “Roots: The Saga of an American Family,” earned him a Pulitzer Prize special award in 1977.

Haley passed away in 1992 in Seattle, Washington. The Coast Guard continued to honor his contributions and journalistic prowess after his death. USCGC Haley commissioned in 1999 and is the first ship named after a writer. The Coast Guard Training Center in Petaluma, California, named its dining facility Haley Hall. The Chief Journalist Alex Haley Award continues to honor journalists who honor the Coast Guard’s story as Haley did himself.