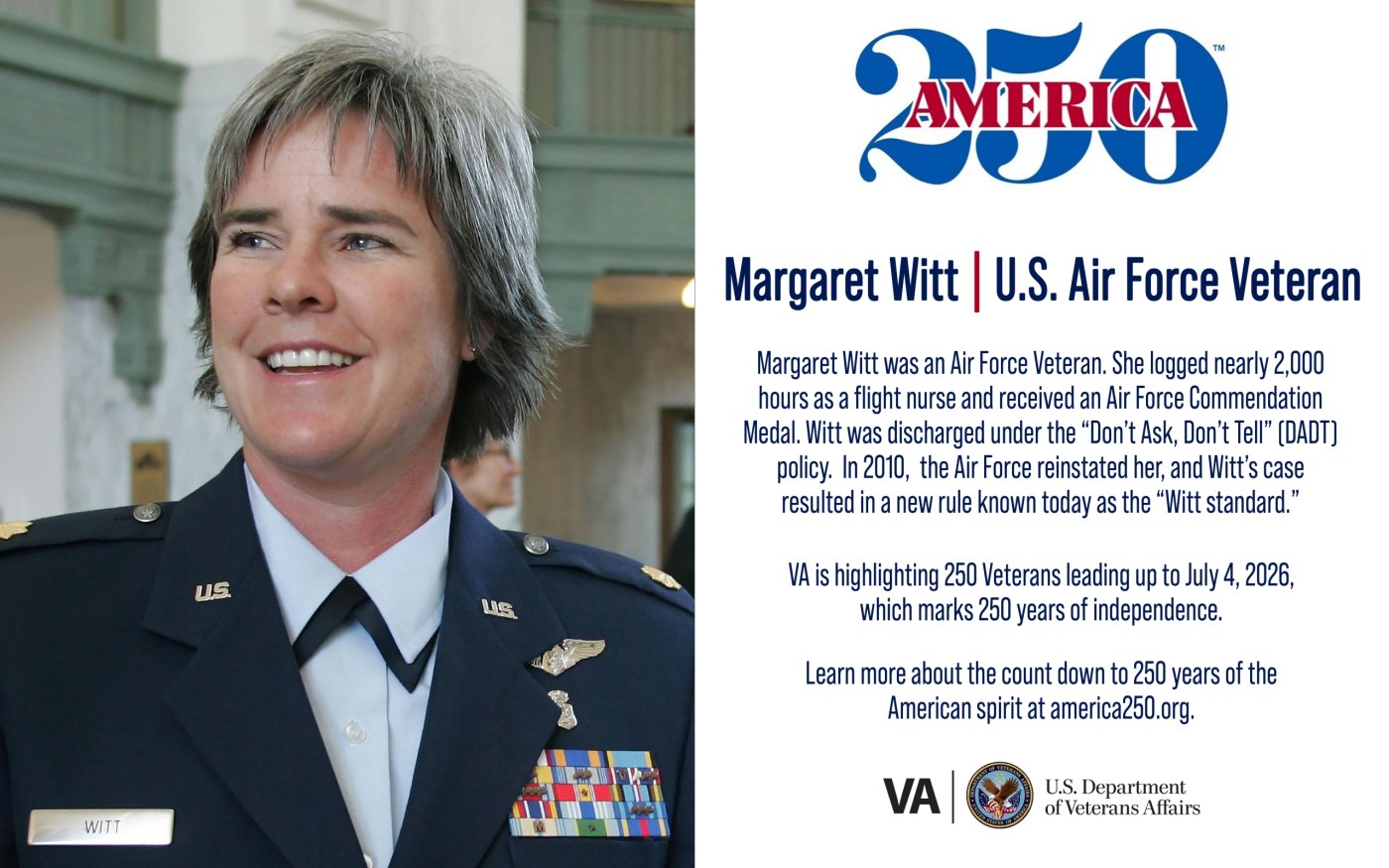 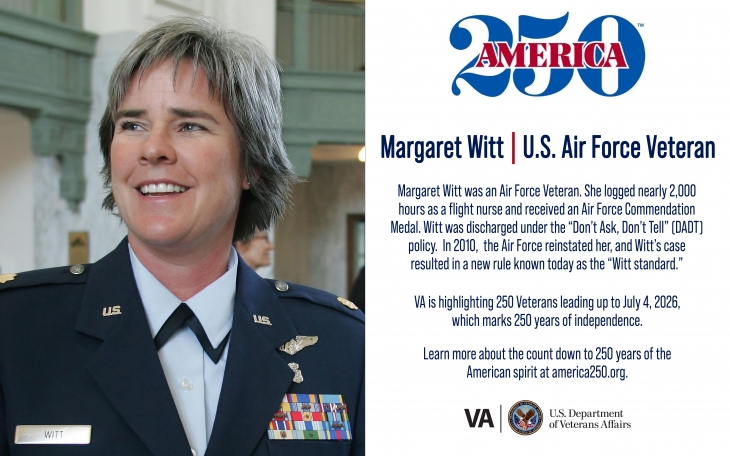 When Margaret Witt joined the military in 1987, the Department of Defense’s policy explicitly prevented gay and lesbian members from serving. By the time she retired in 2011, Witt had paved the way for openly gay, lesbian and bisexual individuals to serve their country.

Born in Tacoma, Washington, in 1964, Witt had an active childhood. She was a four-sport varsity athlete at Curtis Senior High School in West University Place, Washington. Witt attended Pacific Lutheran University, playing two varsity sports and graduating in 1986 with a nursing degree. She joined the Air Force a year later.

Witt transferred to the Air Force Reserve in 1995 and joined the 446th Aeromedical Evacuation Squadron at McChord Air Force Base. She served another 10 years and deployed for Operation Enduring Freedom and Operation Southern Watch. In 1998, Witt earned her master’s degree in physical therapy from Eastern Washington University.

While in the service, Witt logged nearly 2,000 hours as a flight nurse. In 2003, she received an Air Force Commendation Medal.

In July 2004, Witt was forcibly outed, resulting in her suspension. The Air Force pursued discharging her under the 1993 “Don’t Ask, Don’t Tell” (DADT) policy. In an interview Witt shared, “I never dreamed it would happen to me. I thought, I’m gonna keep my head down, I’m gonna do my job.”

When faced with the decision to fight her discharge, she decided to fight back. She explained, “I was trained never to quit, never to give up.”

In April 2006, Witt challenged the Air Force and U.S. government in a federal lawsuit. She honorably discharged in July 2007.

Although the district level dismissed Witt’s case, the Ninth Circuit heard the appeal on Nov. 5, 2007. In May 2008, the court ruled that Witt’s claims of substantive due process and procedural due process claims would be reinstated. Witt’s case resulted in a new rule, known today as the “Witt standard.” This standard forces the military to prove a discharge is necessary for the unit’s readiness. In September 2010, the case returned to trial. The district ruled in Witt’s favor, saying her constitutional rights had been violated and that she must be reinstated.

In response to the ruling that Witt’s sexual orientation did not negatively impact her unit, Witt stated, “I want to serve my country. I have loved being in the military – my fellow airmen have been my family. I am proud of my career and want to continue doing my job. Wounded people never asked me about my sexual orientation. They were just glad to see me there.”

Three months after her reinstatement into the Air Force, Congress repealed the law prohibiting gays and lesbians from military service. In May 2011, she reached a settlement agreement with the Air Force. Witt chose to accept full retirement benefits, instead of returning to the Air Force, and retired as a major.

In 2012, Witt received her doctor of physical therapy from Temple University. Witt’s autobiography, “Tell: Love, Defiance, and the Military Trial at the Tipping Point for Gay Rights,” published in 2017.

Today, Witt lives in Portland, Oregon, with her wife and works as the supervisor of rehabilitation services at the Portland VA Medical Center. She continues to speak publicly about her constitutional challenge to DADT and campaign for equal rights for LGBTQ+ individuals.