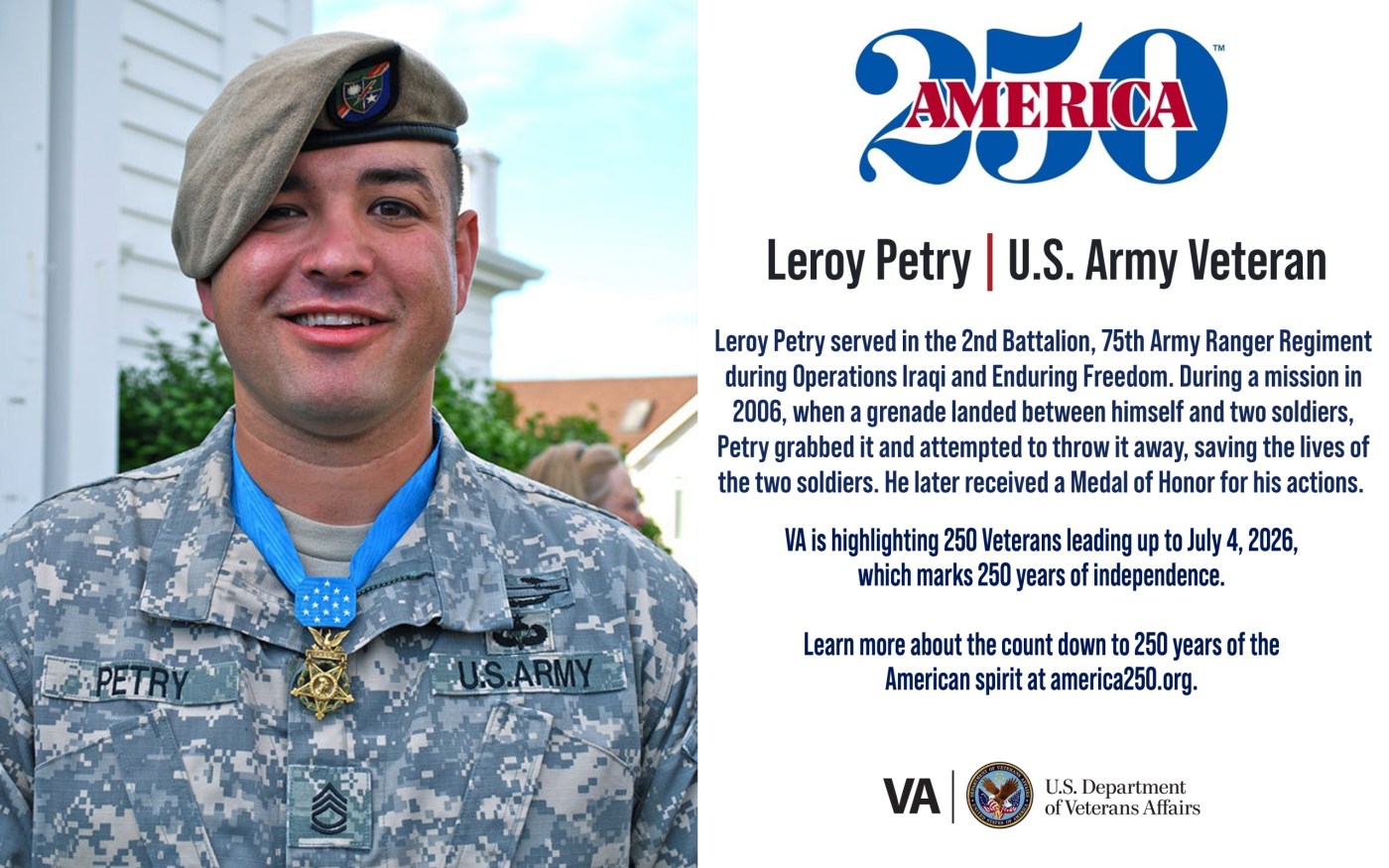 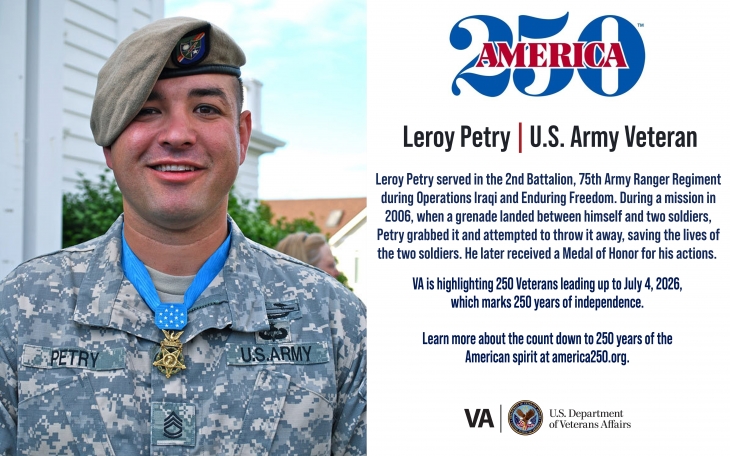 Leroy Petry was born in Santa Fe, New Mexico, and had an ambition to serve his country since he was seven years old.

On May 26, 2008, Petry sacrificed his right hand to protect his comrades from a hand grenade thrown by Taliban fighters in Afghanistan.

“I saw it as the obvious threat that it was and didn’t hesitate to pick it up and throw it,” he elaborated on noticing the enemy’s grenade sitting behind his fellow Rangers. “As soon as I released it, the grenade exploded and it severed my hand at the wrist.”

Although already been hit by a bullet in his left thigh, he performed self aid with a tourniquet. To those who stopped to help care for him, Petry remembers saying, “Get the hell away from me and go pull security. I don’t want either of us to get shot because you’re over here comforting me.” Luckily, the bullet wounds to his thighs had missed all arteries and bones, but Petry’s right hand was later amputated at the wrist due to the severity of his injury.

Petry received a Medal of Honor for his actions.

During the Medal of Honor ceremony on July 12, 2011, former President Barack Obama addressed Petry’s extraordinary actions in Afghanistan. “He lunged forward,” Obama said, “toward the live grenade. What compels such courage?”

Petry retired from the Army in 2014. In 2017, the Ranger Hall of Fame at Fort Benning inducted Petry. He has since become a prolific speaker for universities around the nation and an advocate for behavioral medicine. When he is not spending time with his wife Ashley or his four children, Petry enjoys fishing, golf and pheasant hunting.