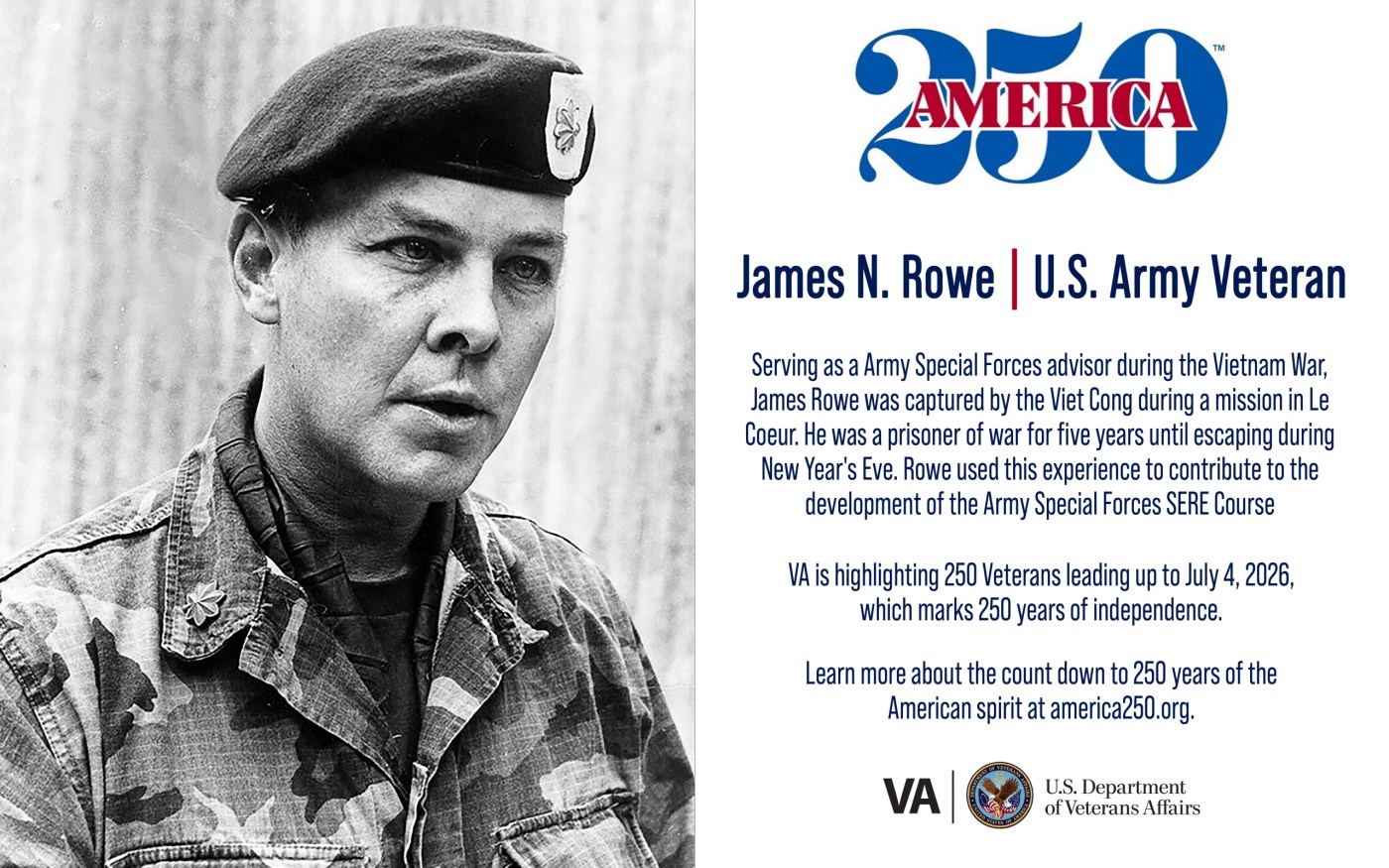 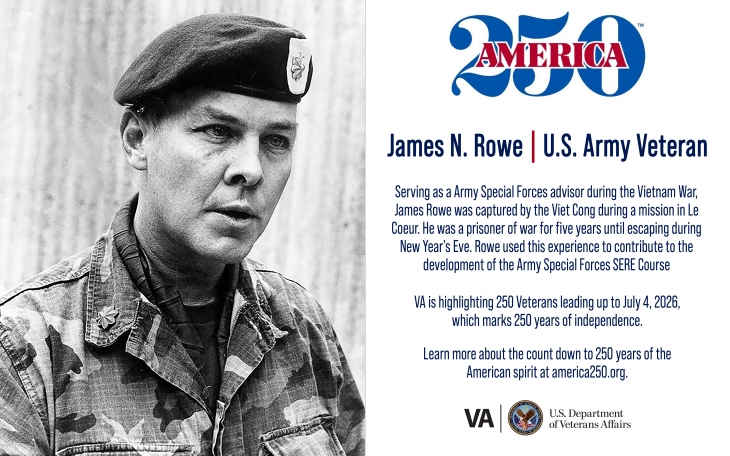 James “Nick” Rowe was born in 1938 in McAllen, Texas. When Rowe was six years old, his brother, an Army soldier, died after graduating from West Point. Rowe promised himself to finish his brother’s Army journey. After graduating high school in 1956, he began fulfilling his childhood promise when he attended West Point. He graduated in 1960 as a new second lieutenant in the Army.

Rowe joined Special Forces the following year. He completed various assignments and training until 1963, when he deployed to Vietnam to serve as a special forces advisor. In this role, he helped train Vietnamese civilians to fight against the North Vietnamese.

On Oct. 29, 1963, Rowe, Capt. “Rocky” Versace and Sgt. Daniel Pitzer, a medic, led a small force to Le Coeur, near the U Minh Forest. Their goal was to drive the Viet Cong force out of Le Coeur. The team reached the village, finding it abandoned. Undeterred, the group pursued the enemy force. The Viet Cong ambushed the group. While the special forces team eventually received reinforcements, the Viet Cong took the three men captive.

Rowe spent the next five years as a prisoner of war (POW). Conditions as a POW were perilous for Rowe. If the Viet Cong found out he was in special forces, they would have executed him. Rowe survived by convincing his captors that he was an engineer drafted into the Army. He never broke his cover story.

Not only did Rowe potentially face death if the Viet Cong found out the truth, but he lived in decrepit conditions. Rowe lived in a small wooden cage and could not wander far. Given only two quart sized cans of rice each day, Rowe faced starvation, hunting snakes and rats whenever possible.

Furthermore, Rowe faced psychological torture through forced indoctrination. He spent time in solitary confinement and received frequent beatings. If he caught a disease—which was often, given the dense forest camps he was kept in—he did not receive medical help.

Rowe knew his odds were not good, yet he remained defiant against the captors who tortured him. He attempted to escape three times but the enemy captured and punished him each time. His situation only worsened when anti-war activists leaked his identity as a special forces member to the North Vietnamese. Furious, his captors chose to escort him to his death on New Year’s Eve. During transport, Rowe attempted a fourth escape when his guards became distracted by American helicopters flying overhead. Overpowering his guards, Rowe caught the attention of the helicopters who rescued him.

On his way to the U.S., Rowe worked as a principal planner on the Army staff for Operation Homecoming, which led to the release of 566 American POWs.

After leaving the Army in 1974, Rowe spent a few years as a civilian before returning to the Army in 1981. Working in Fort Bragg, North Carolina, Rowe used his experience as a POW to shape the Army Special Forces Survival, Evasion, Resistance and Escape (SERE) Course. In Rowe’s words, “We don’t want anyone going through on-the-job training.”

Today, SERE continues to play a pivotal role in the education of prospective special forces members.

Rowe’s final assignment took him to the Philippines, where he served in the Joint U.S. Military Advisory Group as its ground forces director. On April 21, 1989, the New People’s Army attacked Rowe’s vehicle. He died in the ensuing gunfire.