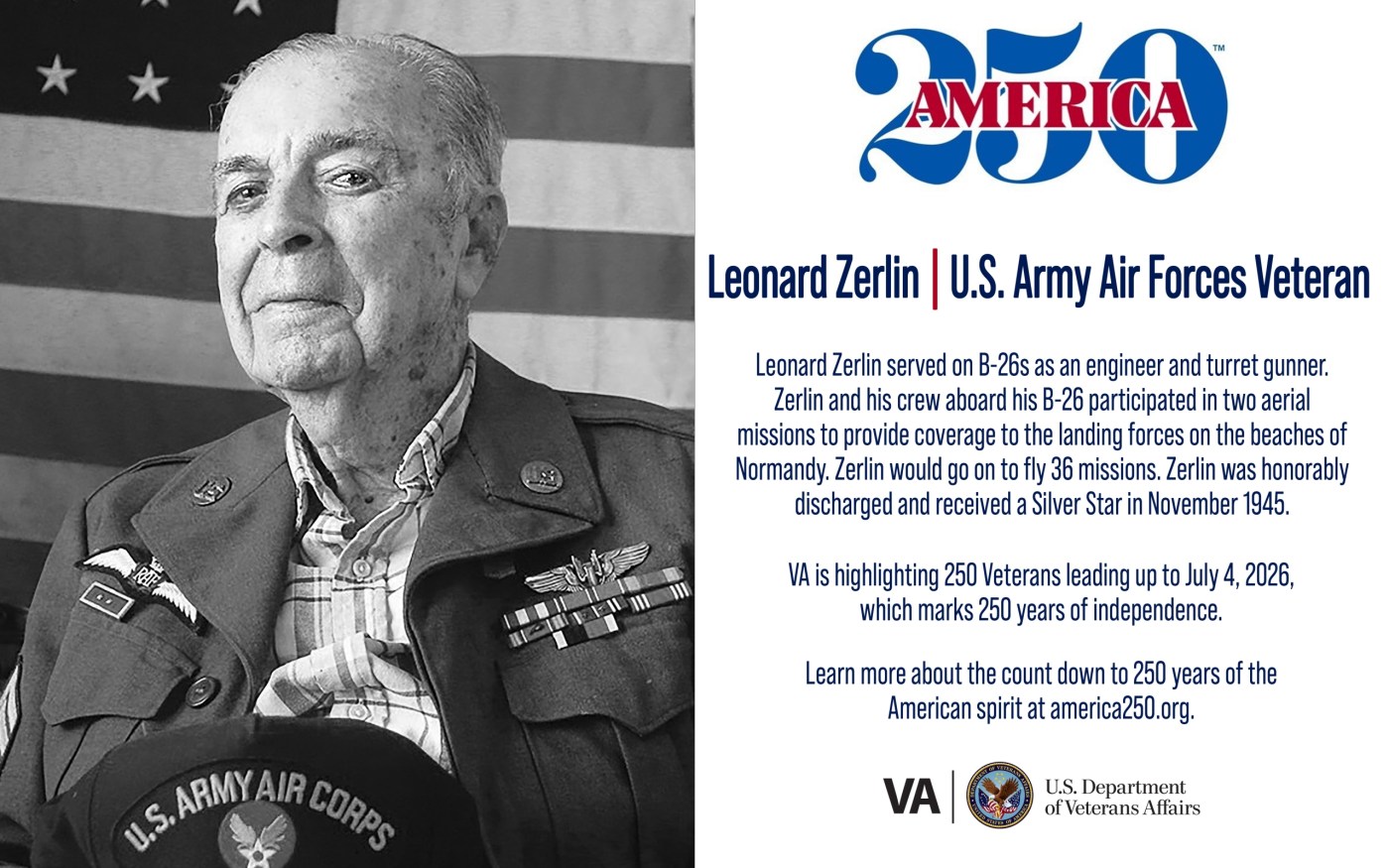 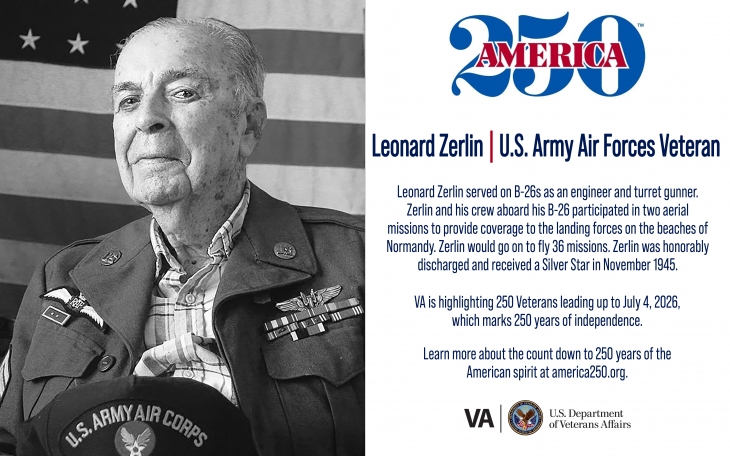 Coming from a Jewish family in Brooklyn, New York, Leonard Zerlin often heard about the persecution of Jews in Germany and the destruction of London during the Blitz. After the U.S. declared war on Germany following Pearl Harbor in December 1941, Zerlin took an aircraft engineering course in New York for three months to prepare him for enlistment. Though he was almost turned away due to some health problems, he successfully enlisted. After basic training at Fort Dix, New Jersey, Zerlin transferred to South Carolina and learned to fly aboard B-26 bombers.

In 1943, he went to the 9th Air Force Bombardment Group in Essex, England. The group was the closest base to the English Channel. The German Luftwaffe frequently attacked, bombing their airstrips. Zerlin served on B-26s as an engineer and turret gunner. He later recalled that, due to the B-26’s design, casualty rates in battle were also very high.

“When I first got over [to England] in 1943, we were having a pretty hard time and lost a lot of planes and men,” he said in a 1997 article in the Los Angeles Times. “When we first started flying, there was a 20% loss per mission, so the chances of surviving just five missions were pretty slim.” But as the aircraft designs improved, casualty rates decreased.

During a mission over France in September 1943, the release cable on Zerlin’s aircraft failed to activate and trapped a live bomb in the bay. Despite the danger, Zerlin volunteered to crawl through catwalks to disengage the shackle. According to his Silver Star citation, “Zerlin had the foresight to carry in his tool kit an elongated one-foot-long screwdriver/crowbar he had built, to be used for leverage in any emergency. With the aid of his crewmembers, they held his feet as and lowered him face down to release the shackle. The airstream made it difficult to position the tool and wedge it into the claw that held the bomb.” But after two minutes, the bomb was released with no harm done.

In preparation for the D-Day invasion, Zerlin’s group moved to an airfield in Bournemouth on the southern English coast. During the early hours of June 6, 1944, the men prepared for their role as aerial support. Zerlin later remembered in a 2018 Thousand Acre Acorn article that his first sergeant roused him and his fellow soldiers from their barracks near Bournemouth, England, giving paintbrushes to the men. They painted black and white stripes on their aircraft’s tails, fuselages and wings to reduce the risk of friendly fire. Weeks before the invasion, Zerlin had also scaled an air control tower, and beyond the perimeter of the base, he saw miles of modified Jeeps, trucks and tanks lined up “for as far as the eye could see.”

Zerlin and his crew aboard his B-26 participated in two aerial missions during D-Day. They provided coverage to the landing forces on the beaches of Normandy. Zerlin eventually flew 36 missions total in Germany, the Netherlands and France. He also witnessed the conditions at Dachau concentration camp after Allied forces liberated it in April 1945. Following his return to the U.S., Zerlin honorably discharged in November 1945 as a staff sergeant. He received a Silver Star and several campaign ribbons during his service.

After the war, Zerlin worked for numerous aerospace companies due to his background in aerial engineering. He did not talk about his wartime experiences until his granddaughter asked for help with a high school history assignment. It was this experience that led Zerlin to start speaking publicly about his wartime memories. He later compiled a series of songs, cartoons and memories from fellow World War II Veterans into a book titled “World War II Memories.”

He also turned a room in his home in Thousand Oaks, California, into a memorabilia museum of the war.

“I lost about 150 friends [during the war], and it made me think a lot about my life,” Zerlin said. “I remember that when I came back, I told myself that nothing was ever going to frighten or discourage me from doing anything.”