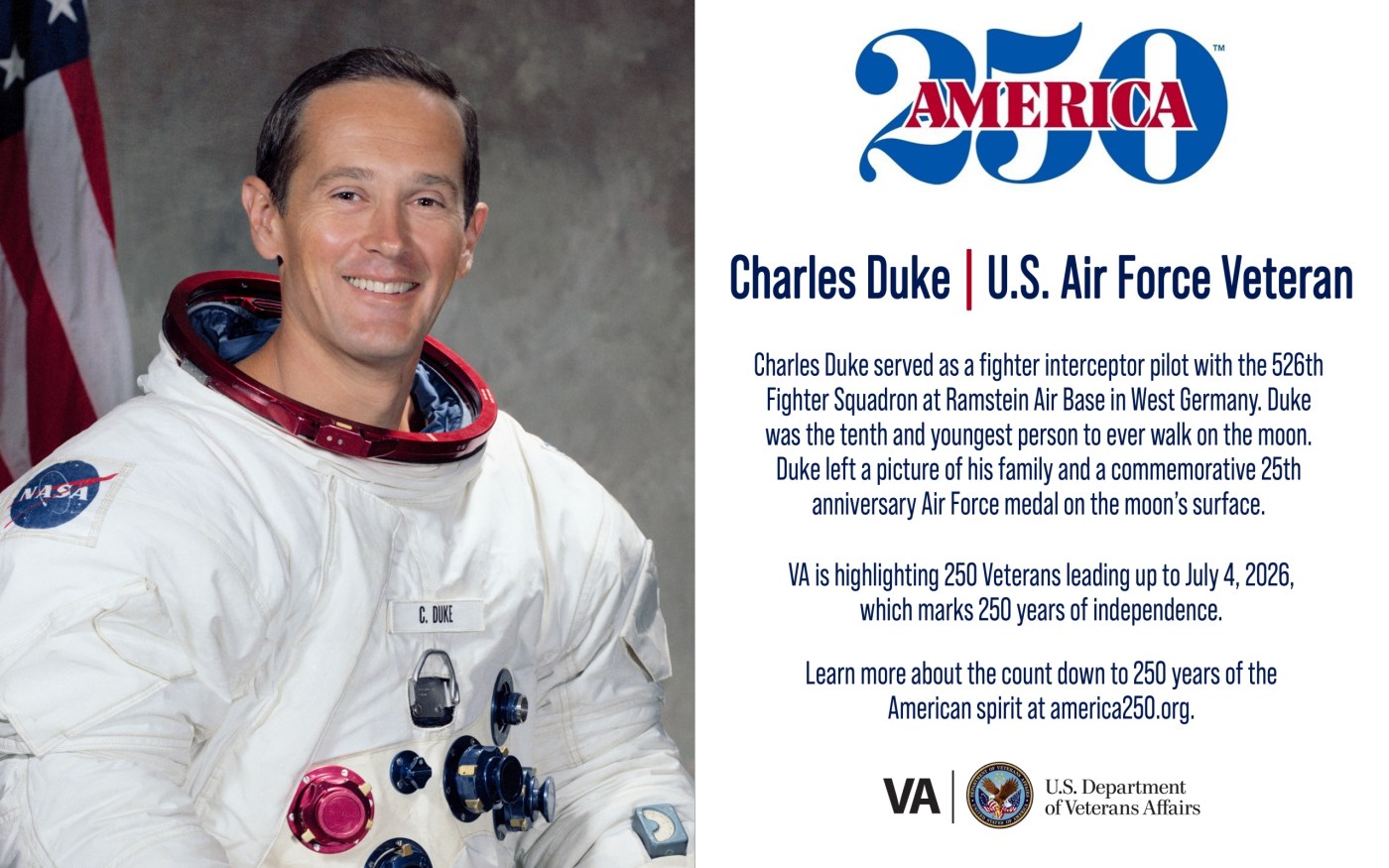 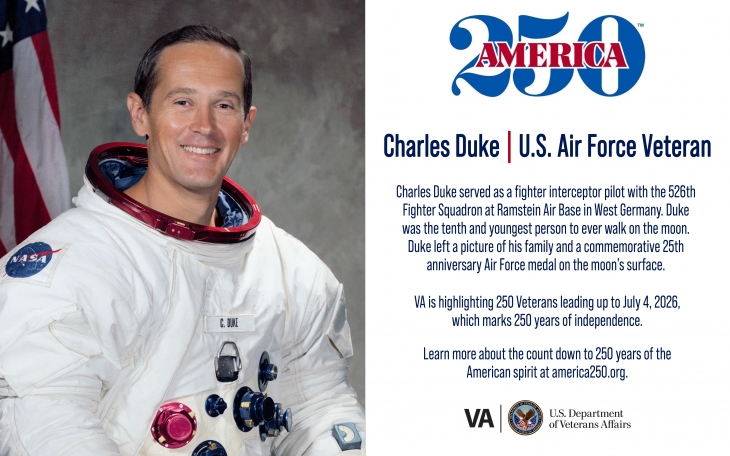 On the moon lies a family portrait with these words:

“This is the family of astronaut Duke from planet Earth. Landed on the moon on April 20, 1972.”

Charles Duke set down this photograph during the Apollo 16 mission, where he became the 10th and youngest person to ever walk on the moon.

Duke was born in October 1935 in Charlotte, North Carolina. As a child, he was an active member of the Boy Scouts. He earned the rank of Eagle Scout, the highest rank in Scouting. Speaking on the role the Boy Scouts played in his career, he said, “I learned in Scouts responsibility, dedication, perseverance, goal-setting, patriotism, all of those things… Those attributes and characteristics that had been foundational in my life through the Scouts, I think, certainly helped me in my military career and then focused me in the right direction for the space program.” After he graduated in 1953 as valedictorian from Admiral Farragut Academy in St. Petersburg, Florida, he earned his bachelor’s degree in naval sciences from the United States Naval Academy in 1957.

Duke served as a fighter interceptor pilot with the 526th Fighter Squadron at Ramstein Air Base in West Germany. After three years of service in West Germany, he completed Aerospace Research Pilot School and became an instructor, teaching control systems. He flew the F-101 Voodoo, F-104 Starfighter and T-33 Shooting Star aircraft.

Duke married Dorothy Meade Claiborne in 1963, and they had two sons. In 1964, he earned a master of science in aeronautics and astronautics from Massachusetts Institute of Technology.

In 1966, NASA selected him for the fifth group of astronauts. He was part of the astronaut support crew for Apollo 10 in 1969. He served as CAPCOM, communicating as the voice of Mission Control for Apollo 11, which was the first spacecraft to land on the moon. Describing the experience, he said, “I mean, it was a great honor and a great thrill to have been in Mission Control when the landing occurred… The tension in Mission Control during that last minute of the descent was incredible.” Duke was the backup Lunar Module pilot on Apollo 13.

In 1972, Duke was the Lunar Module pilot on Apollo 16. He became the 10th and youngest person to walk on the moon at age 36 and 201 days. This was the first scientific expedition to survey the moon for rock and soil samples in the Descartes region. The crew logged over 20 hours of extravehicular activities on the moon. They set the record for lunar surface stay of 71 hours and 14 minutes. During the expedition, Duke left a picture of his family and a commemorative 25th anniversary Air Force medal on the moon’s surface.

In 1973, Duke earned an honorary doctor of philosophy from the University of South Carolina. Afterward, Duke served as the backup Lunar Module pilot on Apollo 17 and retired from NASA in 1975 to join the Air Force Reserve. He graduated from the Industrial College of the Armed Forces in 1978 and earned the rank of brigadier general in 1979. He retired from the military to run his own business in 1986. In 1990, he earned an honorary doctor of humanities from Francis Marion College.

Duke and his wife wrote and published the book “Moonwalker” in 1990, which recounts Duke’s life experiences.

Recently, he was named the 2020 Texan of the Year. He earned numerous awards including a Distinguished Service Medal with one oak leaf Cluster and Air Force Command Pilot Astronaut Wings. He logged 4,147 hours of flying time, including on jet aircraft and spacecraft.