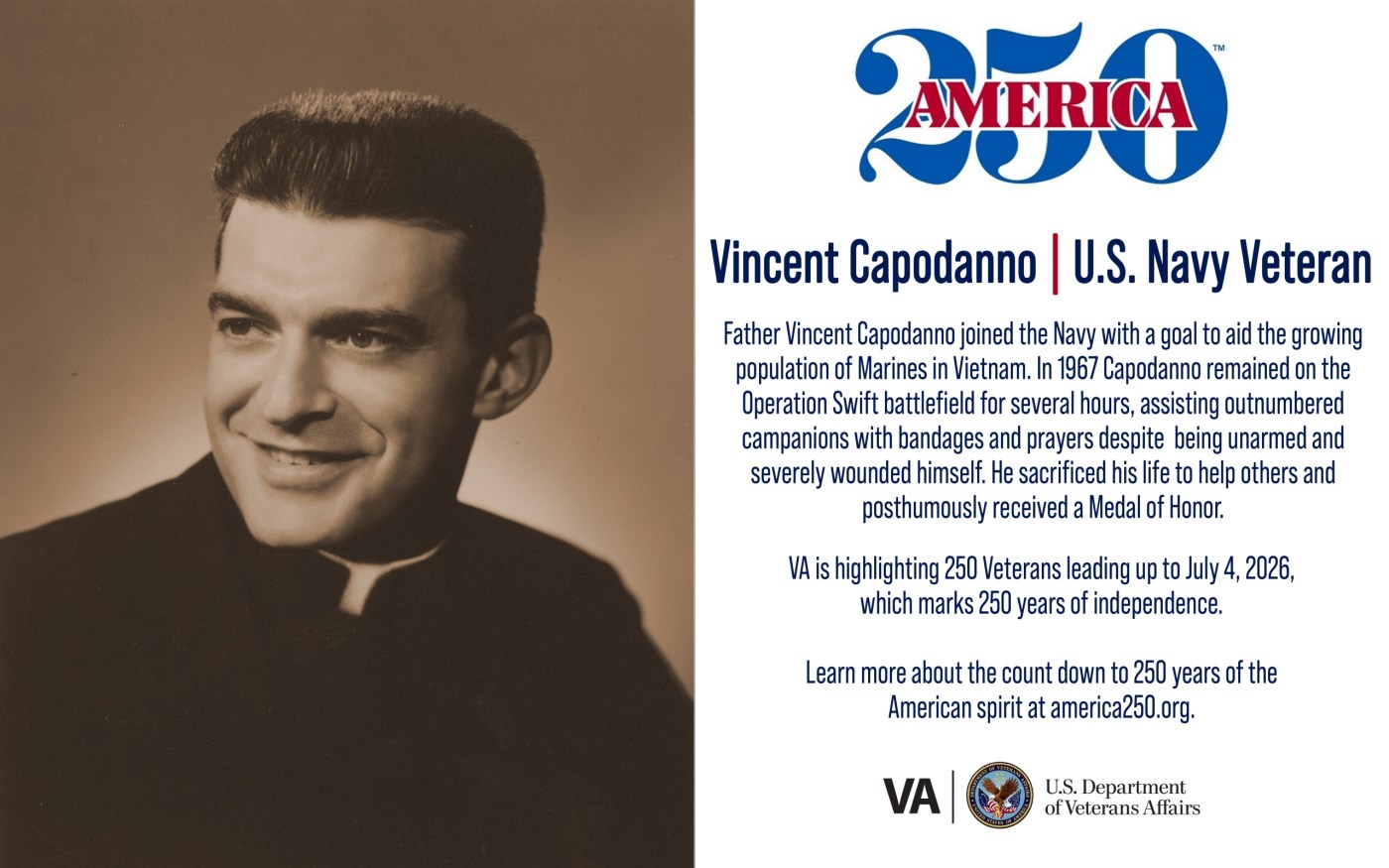 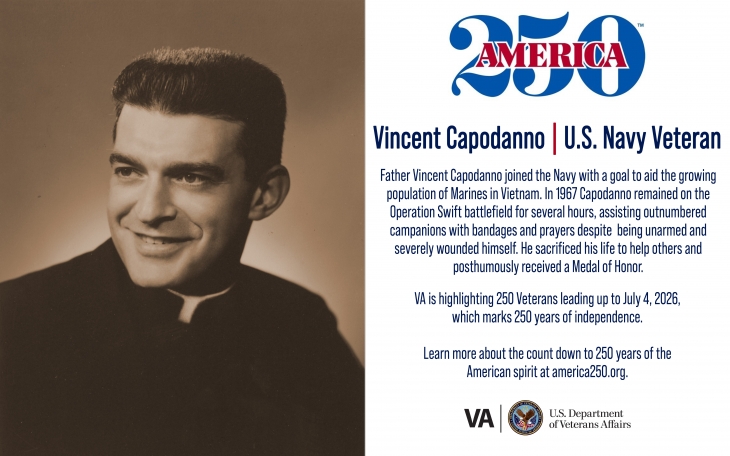 Navy Lt. Vincent Capodanno was one of nine chaplains to earn a Medal of Honor. The Staten Island native was born in 1929 as the youngest of nine siblings and a child of Italian immigrants. In college, Capodanno realized his passion for serving others through God, so he began pursuing a religious lifestyle. He was ordained as a priest in 1958 following his graduation from Maryknoll Seminary in New York.

Capodanno traveled to Taiwan for his first assignment as a missionary, where he distributed food and administered the sacraments to locals. After six years of serving the island’s people, he had become a source of comfort for those around him.

Capodanno then traveled to Hong Kong and taught disadvantaged Maryknoll students. However, he did not enjoy teaching, and by the end of 1965, his became a Navy chaplain. He served in Vietnam, where the Marine population was growing and where he felt he was needed most.

Capodanno earned the nickname “Grunt Padre” because he slept, worked and ate in the same conditions as his Marine companions while lending out his rations and priestly advice. This work energized Father Capodanno. He also organized community outreach programs, established libraries and spent hours consoling the grieving and listening to confessions.

Operation Swift began on Labor Day of 1967, a large North Vietnamese Army unit ambushed two Marine companies in the Que Son Valley. Capodanno’s unit was in the Quang Tin province nearby when they learned that another platoon needed rescue. By the time Capodanno arrived at the battlefield, 26 Marines died, with many others wounded.

Capodanno left the company command post and ran through gunfire to get to the platoon that was under attack. He focused on bandaging the wounded and pulling Marines to safety.

“Father kept running up and down that knoll for at least two hours,” said Cpl. George Phillips, who was present that day as a weapons squad leader.

Capodanno moved around the battlefield, giving last rites to the dying and aid to the wounded. An exploding mortar hit him, which caused multiple arm and leg wounds and severed part of his right hand. Still, Capodanno refused any medical help and directed other Marines to help the wounded.

An excerpt from Capodanno’s Medal of Honor citation reads, “Upon encountering a wounded corpsman in the direct line of fire of an enemy machine gunner positioned approximately 15 yards away, Lt. Capodanno rushed a daring attempt to aid and assist the mortally wounded corpsman.” He was within inches of the Marine when a burst of machine-gun fire went off, hitting him 25 times. He died at the scene, along with 14 Marines and two corpsmen from his battalion.

Capodanno was buried in his family’s plot in St. Peter’s Cemetery on Staten Island. He posthumously received a Purple Heart Medal, Bronze Star Medal and a Vietnamese Cross of Gallantry with a silver star. In early 1969, a Medal of Honor ceremony recognized his sacrifice.

In 2014, Capodanno’s family donated and dedicated his Medal of Honor to the Capodanno Chapel at Marine Corps Base Quantico, Virginia. This was one of many chapels that have served in his namesake, including the first dedicated in Que Son Valley, Vietnam, a chapel which he had helped build.

The Catholic Church declared Father Capodanno a Servant of God, and there is currently a canonization effort in his name. This summoned two documentary films publicizing his life and a year-long investigation which, in 2019, resulted in Capodanno receiving credit for miraculously healing a Florida woman with multiple sclerosis. The first phase of the canonization effort finished in May 2017, 50 years after his death.