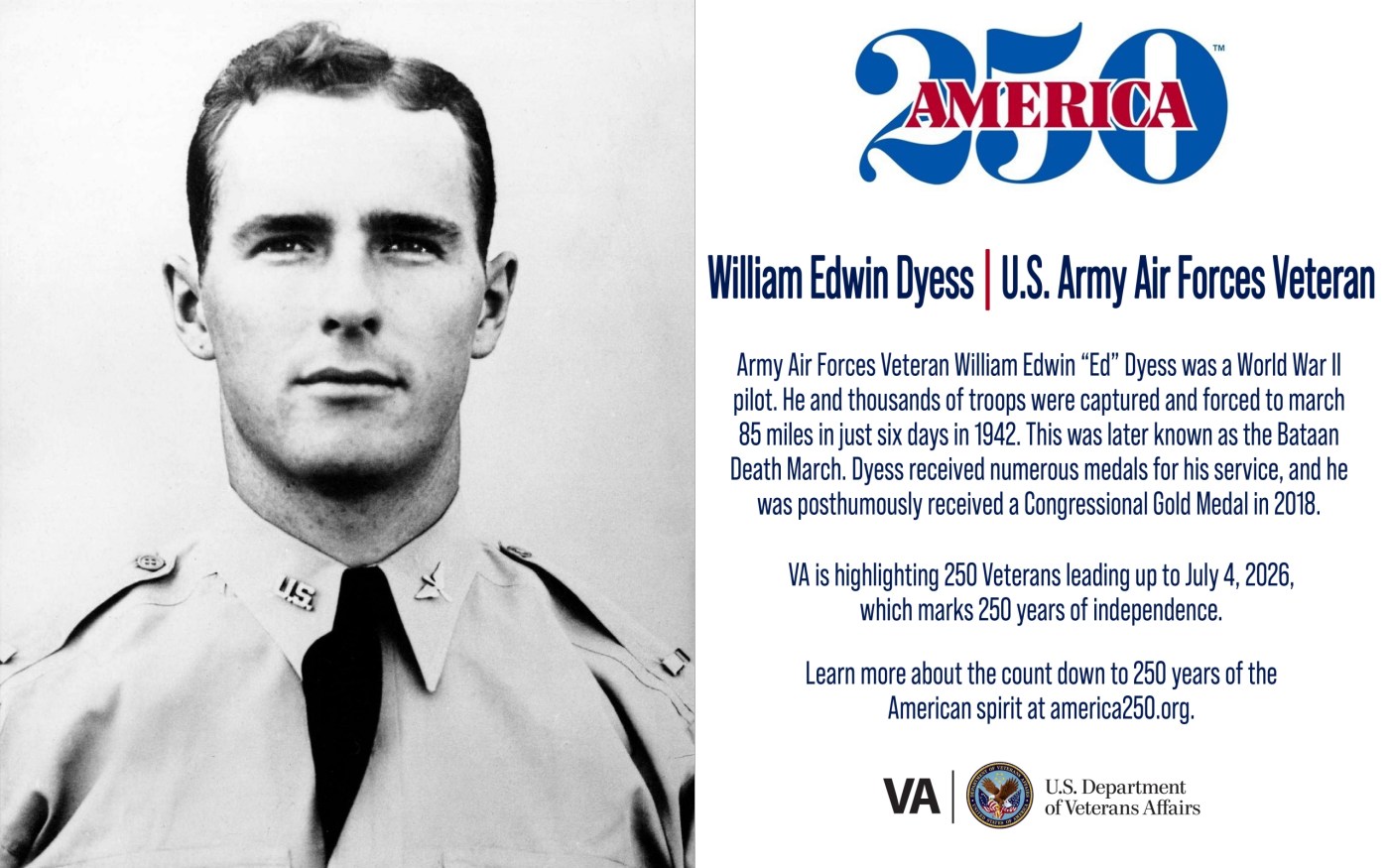 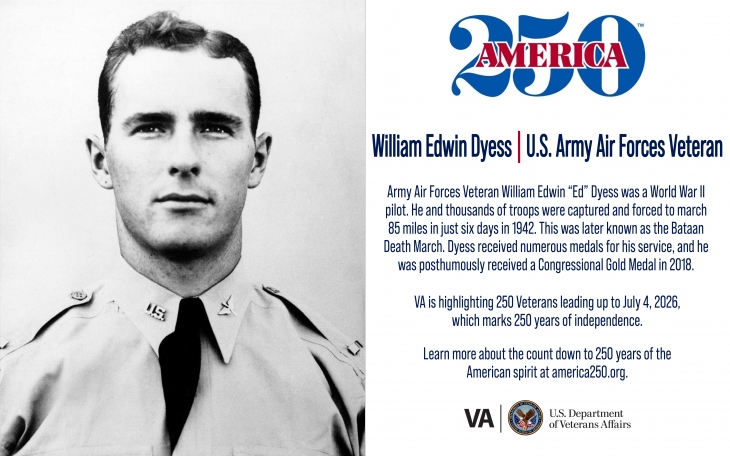 William Edwin “Ed” Dyess was just four years old when he discovered his passion for aviation, a passion that eventually saw him become one of the most decorated aviators of the Pacific Theater of operations in World War II.

Dyess was born in 1916 in the small town of Albany, Texas. Throughout high school and college, he secretly took flying lessons to pursue his dream of becoming a pilot. While attending John Tarleton Agricultural College—now Tarleton State University—in Stephenville, Texas, he was class president and commander of his Reserve Officers’ Training Corps detachment. After Dyess graduated college in 1936, he attended the Army Air Corps Cadet Training Program and completed his flight training the following year. In 1937, Dyess joined the Army Air Corps, later to become the Army Air Forces, and commissioned as a second lieutenant.

Dyess first served with the 21st Pursuit Squadron and subsequently promoted to first lieutenant and commander of the squadron. In November 1941, Dyess deployed to the Philippines. On Dec. 8, 1941, just hours after the attack on Pearl Harbor, the Japanese attacked the Philippines. In the weeks that followed, Dyess led his squadron on a raid, which destroyed a convoy of Japanese trucks and shot down several enemy fighters. Dyess promoted to captain in January 1942. In the next few months, Dyess led other successful missions, including the first amphibious landing in World War II, which killed about 75 elite Japanese troops, and an air raid that resulted in the massive destruction of a Japanese supply depot at Subic Bay.

However, the U.S. was losing in the Philippines, and, on April 9, 1942, American and Filipino forces surrendered. The Japanese captured Dyess and thousands of troops and forced them to march 85 miles in just six days. This was later known as the Bataan Death March. The men received torturous treatment, and thousands of men died from starvation, illness or were brutally murdered. In November 1942, Dyess moved to Davao Penal Colony, known as an escape-proof prison. Dyess organized a 12-man team, and, on April 4, 1943, they escaped by wading through crocodile-infested swamps. They eluded their captors and then fought alongside Filipino guerillas. Months later in July, Dyess communicated with American forces, and Gen. Douglas MacArthur sent the submarine USS Trout to rescue them.

After recovering for two months, Dyess promoted to lieutenant colonel and trained to fight in the European Theater. On Dec. 22, 1943, on a routine flight over Los Angeles, the left engine on his P-38 failed. He attempted to land on a street in Burbank, California. However, when a motorist appeared in his path, he aborted and crashed in a vacant lot. Dyess died instantly. He was 27 years old.

After his passing, The Chicago Tribune received permission to print a series of articles called “The Dyess Story,” which were later published as a bestselling book under the same title. Members of the Albany community petitioned to have the nearby base, Abilene Air Force Base, renamed in Dyess’ honor. In 1956, the base became Dyess Air Force Base.