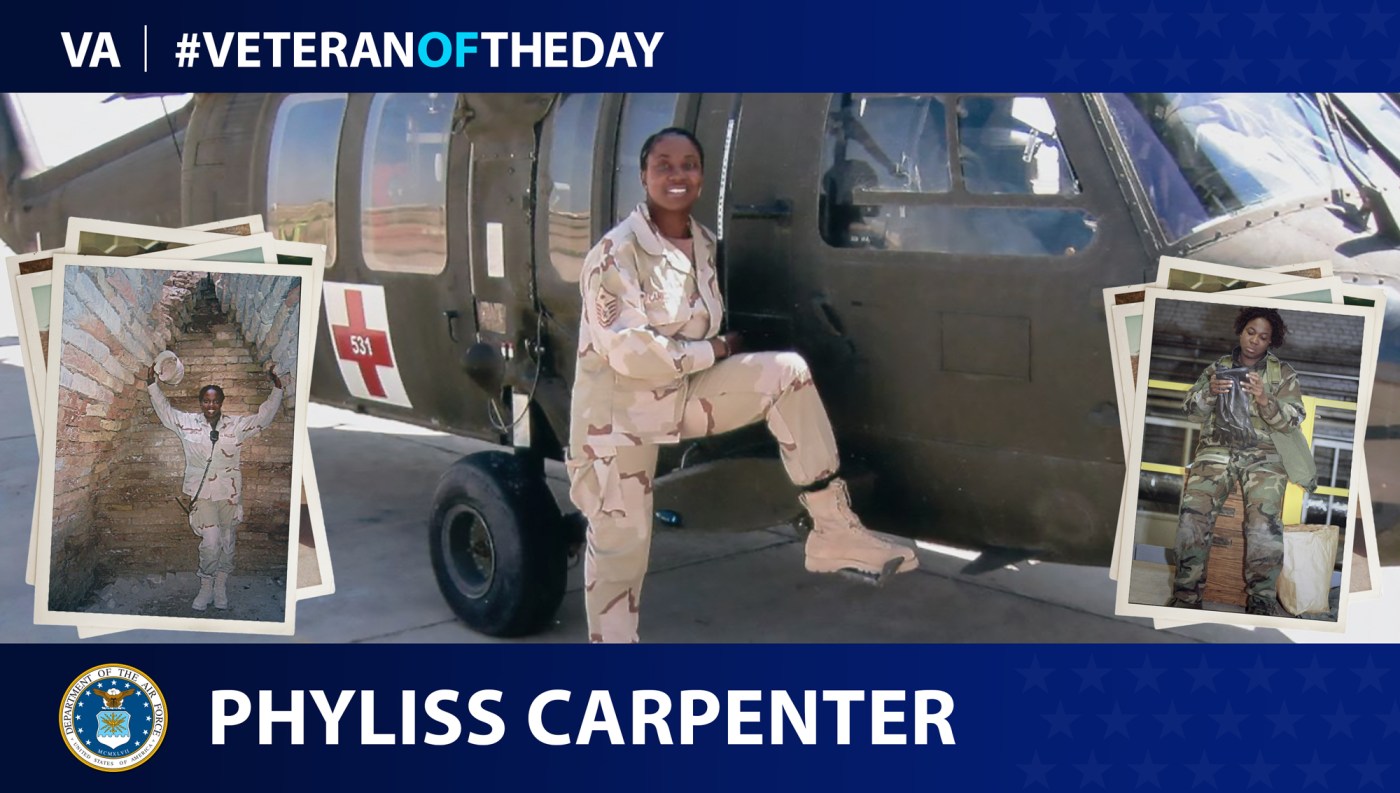 Phyliss Carpenter joined the Air Force after high school for the education benefits that would allow her to continue her education. Three of her older brothers had already served in the military, including in different branches and one who served in Vietnam.

Carpenter described basic training as what she’d seen on television: a large bay with bunk beds, early mornings and physical training. The hardest part of basic training, she said, was being away from home. Her sister’s encouragement helped her through it: “You’re gonna get homesick, but it’s part of growing up, so you just need to tough it out,” her sister said.

Carpenter recounted her many duty stations around the world, from Texas to Spain, Korea and others before she finally ended up in the Washington, D.C. However, her most memorable experiences were serving in Saudi Arabia during Operation Desert Storm and in Iraq during Operation Iraqi Freedom.

In her spare time, Carpenter earned a bachelor’s degree and started a doctorate program, worked as an aerobics instructor, read and enjoyed music, and did it all as a single mother.

However, the Air Force taught her how to deal with pressure. “It can be a challenge, but it’s rewarding too,” Carpenter said.

She retired as a first sergeant, and said she missed being a supporter of and advocate for enlisted personnel.

Carpenter currently works as a management consultant for a federal consulting firm in the Washington, D.C. area. Her responsibilities were similar to what she did in the Air Force: advising leaders on how to manage their businesses and personnel.