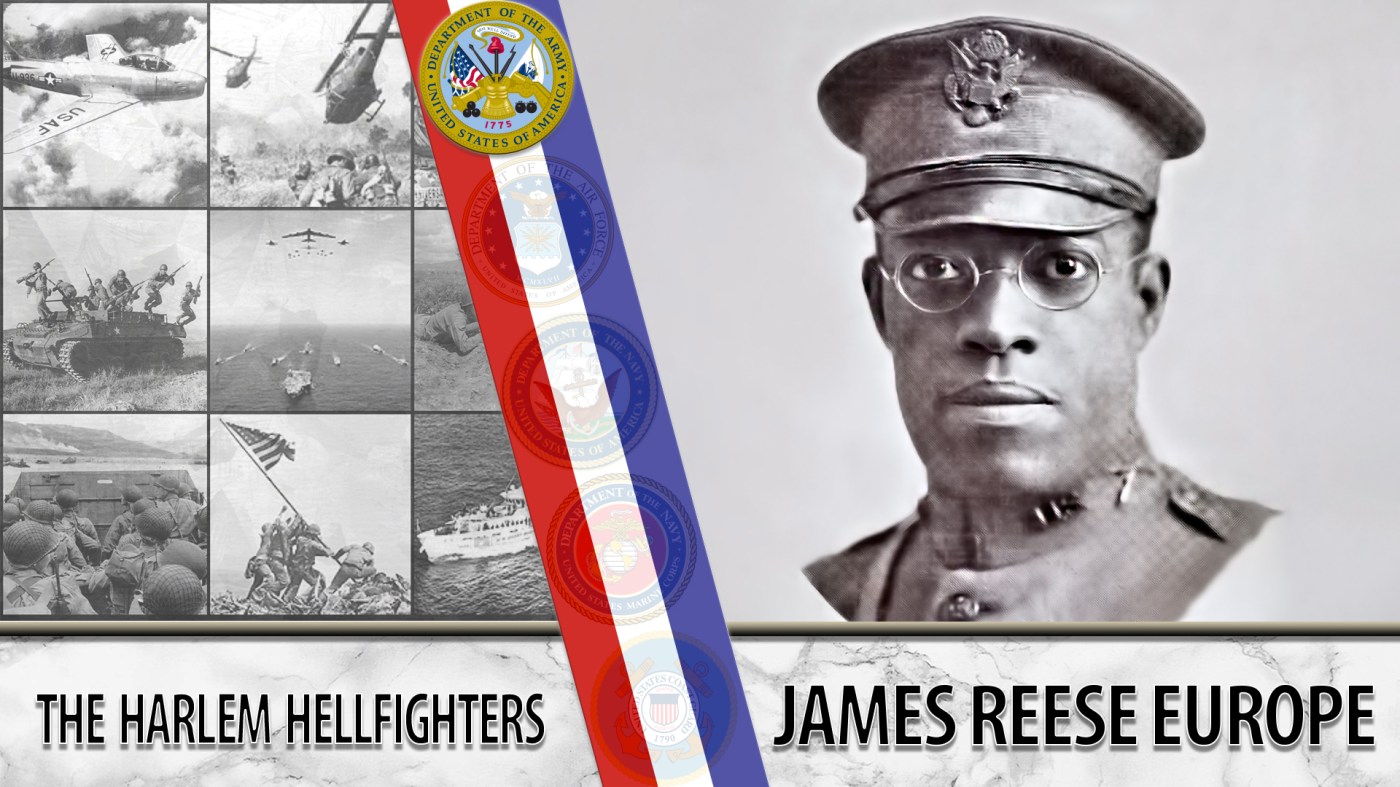 James Reese Europe was a leader in the rise of jazz music and the creator of the 369th Regiment’s “Hellfighters Band.”

James Reese Europe impacted the jazz music we know and love today and was called the “Martin Luther King” of music by Eubie Blake due to his innovation and dedication to creating art, organizing music groups and breaking barriers.

Europe grew up in Mobile, Alabama, but his family moved to Washington, D.C., when he was young. There, he met John Philip Sousa, whose Marine Band gave Europe piano and violin lessons. There, he continued to develop these skills independently, and in 1904, he moved to New York City to look for work as a pianist. In New York City, he worked on a variety of projects while writing and composing music. He wrote a song for “Shoo-Fly Regiment,” composed for the “Black Politician” and was the musical director of “The Red Moon,” among many other projects.

In 1910, Europe formed the Clef Club. This organization had an orchestra and a choir, operating as a network community for Black musicians and taking on the role of a union and contracting agency. In 1912, the Clef Club Symphony Orchestra earned the opportunity to bring jazz music to Carnegie Hall, where the 125-member group displayed their talents while performing music by Black composers. During his time leading the Clef Club, Europe met Noble Sissle, who eventually served alongside him during World War I.

In 1913, Europe formed the Tempo Club to assist with booking bands for dances. In 1914, he made connections with Vernon and Irene Castle, a dance couple who helped popularize the foxtrot with the help of Europe’s music. Many of the songs he composed for them were recorded in 1914 by the Victor Talking Machine Company, making him one of the first African American musicians to record music.

When World War I broke out, Europe signed up for the Army National Guard as a second lieutenant. Col. Hayward tasked Europe with organizing a band. The band was part of the 369th Regiment, also known as the Harlem Hellfighters. The Harlem Hellfighters were a segregated regiment assigned to the French Army during World War I. They encountered 191 days of combat, and their courage greatly impacted the outcome of the war. The “Hellfighter Band,” helped bring jazz to European countries as well as boost morale. They played for crowds of 50,000 at Théâtre des Champs-Élysées and were met with great fanfare in France, with word of their talent returning to the United States.

In 1918, Europe, along with the rest of the regiment, was caught in combat by German artillery fire. Europe was harmed by a gas attack, which led to the creation of the song “On Patrol in No Man’s Land,” an effort to musically recreate the experience of combat for an audience.

Europe and his regiment returned to New York in February 1919, and their service was honored with a victory parade. Europe continued his music career, building on the publicity and well-earned admiration he garnered overseas from the French. He recorded more music with his band and scheduled a national tour, filling venues with audiences excited to hear the new phenomenon of jazz music.

Europe’s unique music and talent impacted both the musical world as well as a world still struggling with segregation and racism. After a show in Chicago, the “Chicago Defender,” a prominent Black newspaper, said, “Europe and his band are demonstrating what our people can do in a field where the results are bound to be of the greatest benefit.” When asked about this impact, Europe said, “We won France by playing music which was ours.”

On May 7, 1919, Europe was killed by a fellow band member after a dispute about the band member’s performance behavior. His death was a loss to the music world, but his impact on jazz, music production and music creation will last forever. He served as an innovator and a leader for his community, confronting racism with every performance.

Europe was the first African American to receive a public funeral in New York City. He is buried at Arlington National Cemetery. In 2021, Europe, along with the rest of the Harlem Hellfighters, were honored with a Congressional Gold Medal.

We honor his service!