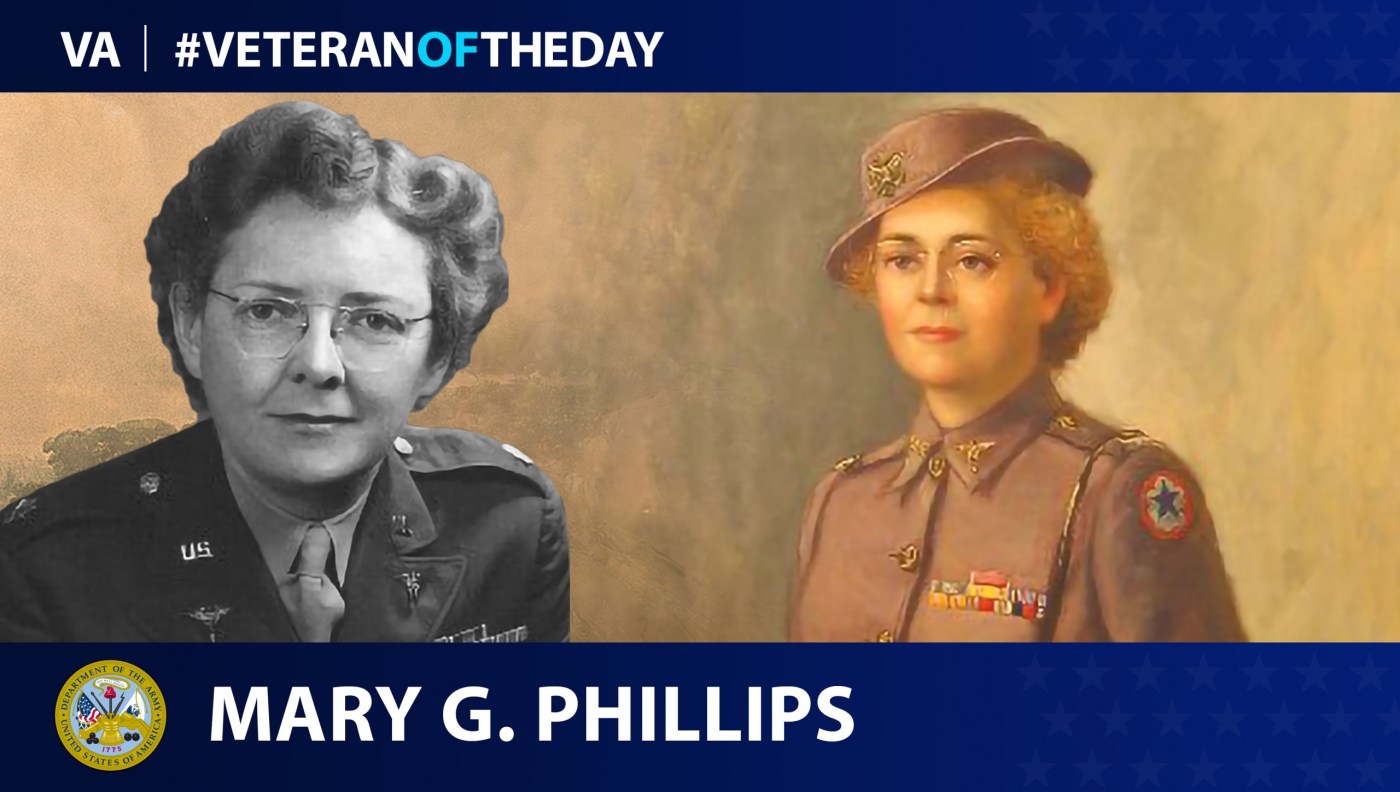 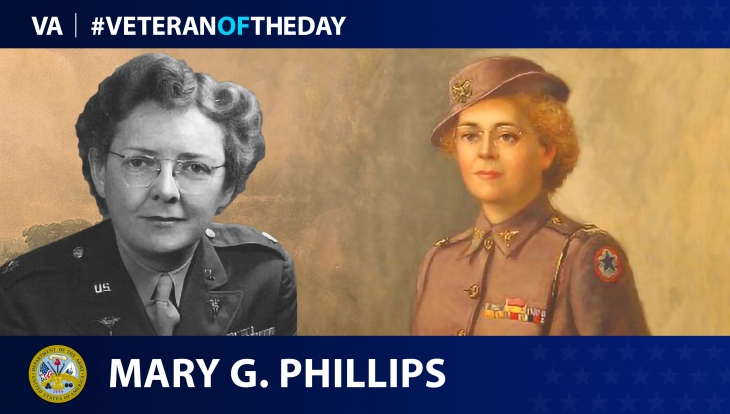 Today’s #VeteranOfTheDay is Mary G. Phillips, who served as head of the Army Nurse Corps.

In December 1903, Mary Genevieve Phillips was born in Eau Claire, Wisconsin. She was one of nine children.

Phillips graduated from Medford Area Senior High School in 1921 and studied at the University of Wisconsin at Madison and the Sauk County Rural Normal School to become a teacher. From 1922 to 1926, she worked as a clerk in the superintendent’s office and as a rural elementary school teacher in the Wisconsin towns of Prairie du Sac, Lime Ridge and Medford.

In 1931, Phillips enrolled in the Teachers’ College at Columbia University and spent a year there. She graduated with a Bachelor of Science in Nursing Education in 1935. After graduation, she worked in the operating room at Walter Reed General Hospital and as a general duty nurse in the station hospitals at Fort Slocum and Fort Jay, New York, from 1932 to 1934.

In 1937, Phillips was assigned to the Philippine Department for a two-year assignment before returning to Walter Reed to serve in the ear, nose and throat clinic. She was promoted to captain in 1941 and served as the principal chief nurse at Fort Devens, Massachusetts, and then at Camp Shanks, New York.

Phillips was promoted to major in May 1943 and then to lieutenant colonel seven months later. Her first assignment as colonel was as the first assistant to the chief of the Army Nurse Corps. During World War II, much of Phillips’s attention was dedicated to addressing the stringent uniform policies facing the Army Nurse Corps. Phillips was awarded the coveted Legion of Merit for her services to this mission.

After Victory in Europe Day, Phillips was assigned to the Pacific and became the chief of nurses for the Western Pacific’s Armed Forces. In early 1947, she then returned stateside to work in the office of Florence Blanchfield, the superintendent of the Army Nurse Corps, in Washington, D.C.

In October 1947, she was appointed as the eighth head of the Army Nurse Corps and was the first appointment to have graduated from the Army School of Nursing.

Phillips retired from the Army after 22 years of service in September 1951 at age 47.

In her early retirement years, she cared for her mother in Reedsburg, Wisconsin, until she died in 1959. Following her mother’s death, Phillips entered the convent in St. Paul, Minnesota, and became Sister Mary Genevieve, a nun of the Visitation of Saint Paul order.

Her time in the religious community was marred by illness; she survived a heart attack in 1960 and a few years later suffered a cerebrovascular injury that left her practically immobile.

Phillips died in January 1980 and was laid to rest in Resurrection Cemetery in St. Paul, Minnesota.