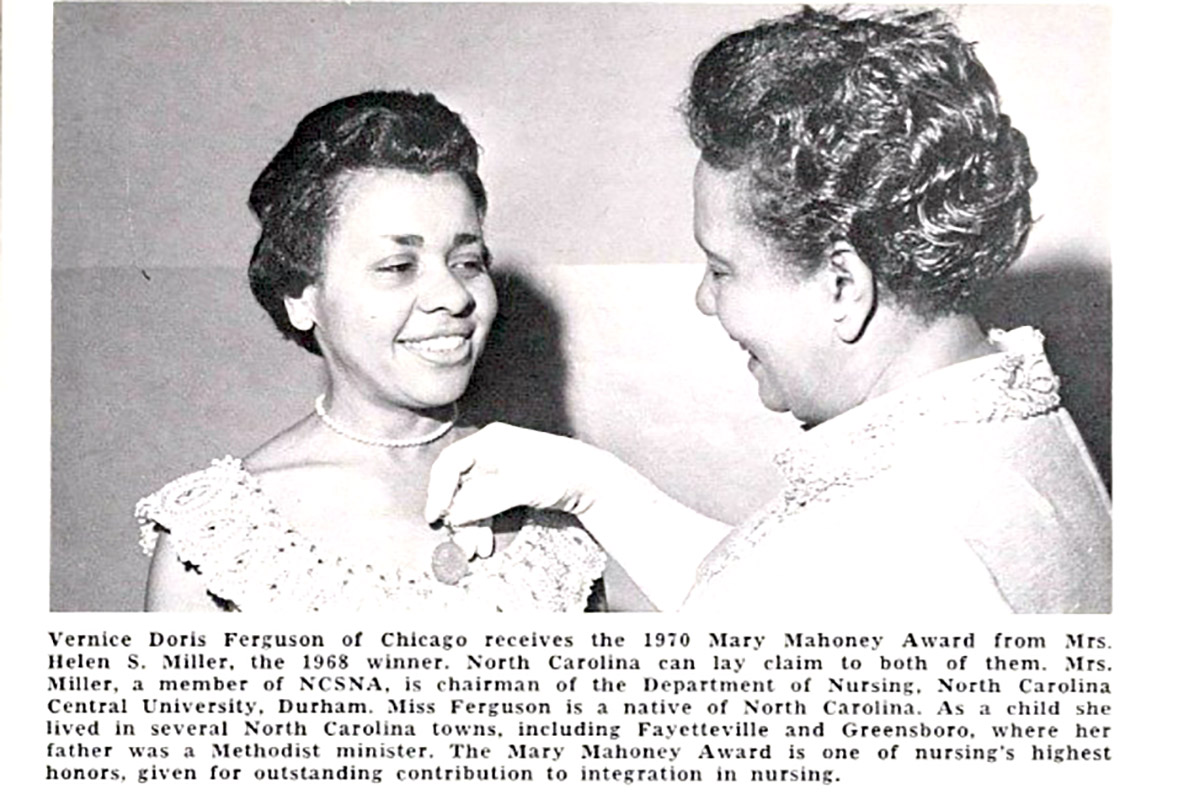 Her long and influential career as a teacher, innovator, leader and advocate for racial parity at VA is a remarkable legacy.

Under the leadership of Chief Nurse Esther Bullock, and after completing training in Greenville, South Carolina, Amelia Gears, Tresa Charles, Inithia Williamson and Ruth Garrett became the first “complete corps” of African American nurses at a VA hospital. Their appointment was not without controversy though, as the Ku Klux Klan threatened medical staff and staged multiple demonstrations outside the hospital.

President would not send troops to confront KKK

After an incident in July 1923, the National Association for the Advancement of Colored People (NAACP) requested that President Warren G. Harding send federal troops to address the situation, which was ultimately denied. Despite these challenging conditions, the nursing staff continued to care for African American Veterans at Tuskegee and the program grew in size and scope.

By 1945, a total of 109 Black nurses were caring for Black Veterans around the system of VA hospitals including at Fort Bayard, New Mexico; Kechogran, Virginia, Oteen, North Carolina, in addition to Tuskegee.

South Carolina-born Vernice Ferguson began her career in 1953, the same year that desegregation began throughout all VA hospitals. Ferguson had graduated in 1950 from New York University’s Bellevue Medical Center with a nursing degree. Despite having received an award for high scholastic standing, the school’s director of nursing refused to shake her hand.

Training as one of only 13 Black nurses at the Hines VA Hospital in Illinois, Ferguson quickly discovered that despite the strides and advancements made by African American nurses, their progress did not equate with white counterparts.

Reflecting on her earliest days at VA, she recalled, “There were 13 nurses of color at Hines and they lived in containment huts on the other side of campus while the white nurses lived in beautiful two-story Georgian buildings.”

After completion of her training, Ferguson engaged in the battle to furnish Hines nurses with equal housing. It was one of many campaigns she undertook to challenge racism, for which she received the Mary Mahoney Award at the 1970 ANA Convention for “Outstanding contribution to integration in nursing.”

In addition to supporting nurses’ professional and educational development, Ferguson was deeply passionate about ensuring the mental and emotional health of nurses responsible for caring for Veterans.

In 1985, she took a sabbatical from VA to join the School of Nursing at The Catholic University of America to improve her knowledge of caring for older Veterans. She did it to set an example for other nurses and show, as a leader, that nurses could and should have access to the same learning opportunities as doctors. During the sabbatical, she wrote an article revealing feelings of “depression, fright, and hopelessness” in which she proposed mental health coping strategies for nurses.

Ferguson also publicly discussed her personal logistical and emotional challenges with accessing care for an aging mother. She advocated for “taking care of caregivers” and improving the lines of communication between nurses and leadership to ensure that nurses’ emotional and educational needs were met.

After retiring from VA, Ferguson continued to publish and was bestowed with many honors, including the ANA’s “Living Legends” award. She was the first nurse to win the FREDDIE Lifetime Achievement award in 2008, an equivalent to the Academy Awards for the health and medical professions.

Ferguson died on Dec. 8, 2012, at age 84, leaving behind a personal and professional legacy of equal access to services and care for nurses, Veterans and their caretakers and families.

By Janice Young is a librarian for the VA Central Office Library. Kirsten Cessna is an MLIS student volunteer. Katie Delacenserie is the VHA historian.