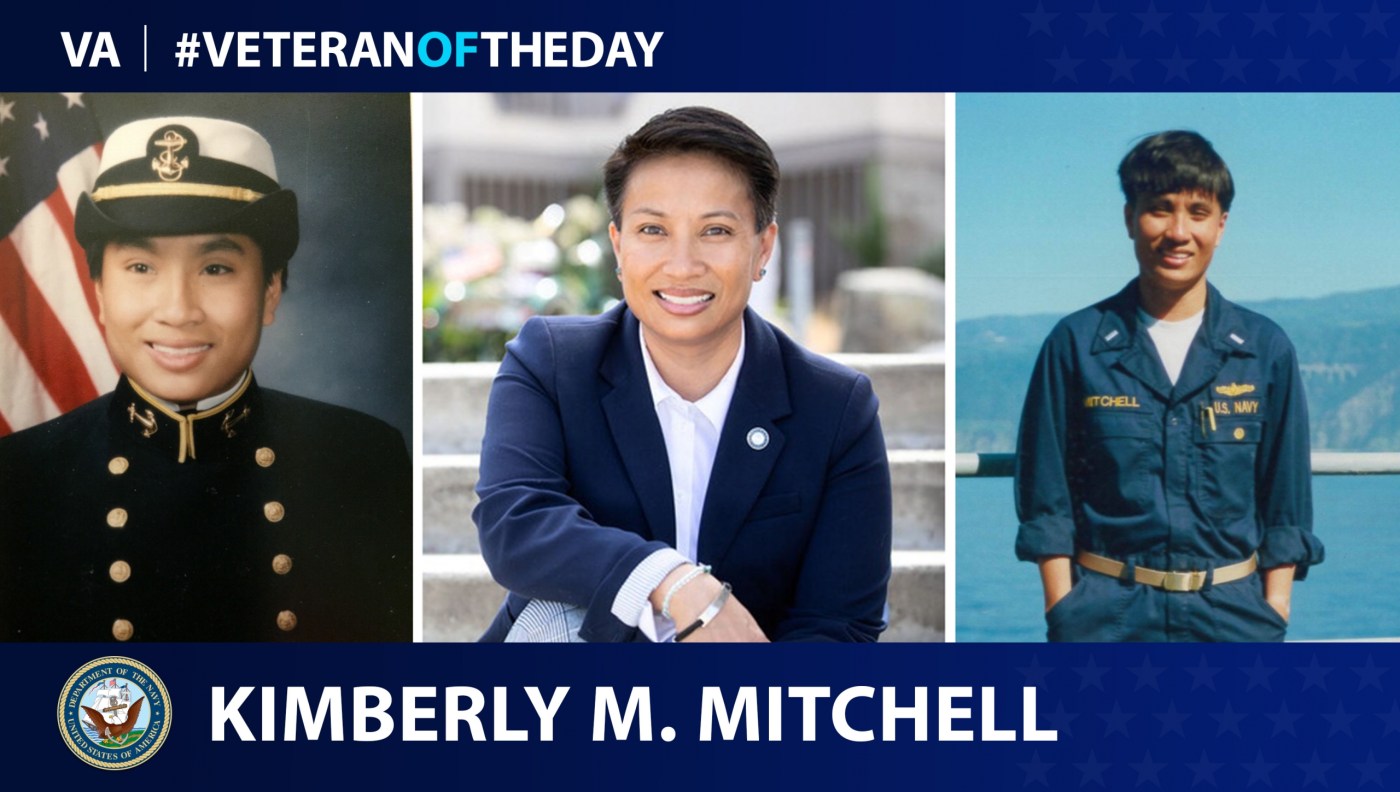 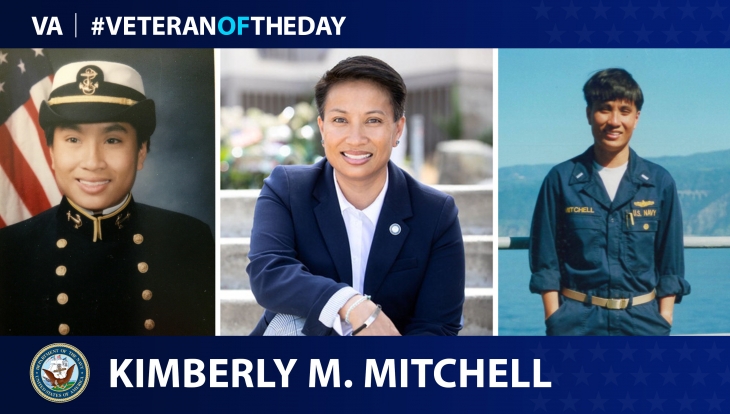 Kimberly M. Mitchell took an interesting path to joining the Navy. In May 1972 near Quang Tri, Vietnam, a South Vietnamese Marine named Bao Tran was given an abandoned baby in a hat. Tran took the baby to an orphanage near Da Nang. Later, an American airman named James Mitchell visited the orphanage and adopted the baby. In September, the baby was taken to the United States and given the name “Kimberly.”

Mitchell’s family lived on several bases as her father continued his service. Eventually, the family settled in Solon Springs, Wisconsin. From an early age, Mitchell considered joining the Air Force. She began to consider the Navy, though, after meeting Rear Adm. Raymond Winkel. In 1990, she enrolled at the Naval Academy Preparatory School in Newport, Rhode Island, graduated in 1991 and returned to Wisconsin for a month. While she was in Wisconsin, her father passed away. Mitchell completed Plebe Summer at the United States Naval Academy, but with problems developing in her family after her father’s death, she wanted to help at home. She left the Naval Academy for a year before returning in 1992. She graduated in 1996, majoring in ocean engineering.

Mitchell was sent to Newport, Rhode Island, for surface warfare officer training. She was assigned to the USS Stump in 1997. She served as a repair division officer and then as a damage control assistant for two years. She also received her surface warfare officer’s pin. Next, she was assigned as a detachment officer aboard Assault Craft Unit FOUR. Following this, she participated in a Navy internship program in Washington, D.C., for two years and obtained a master’s degree in organizational management at George Washington University. She completed three internships, including one with the State Department that focused on Iraq sanctions and Middle East peacekeeping.

After this, Mitchell became an operations officer on USS Crommelin, countering drug operations. In 2005, she deployed to Bahrain to train the Iraqi Navy as an N5 for Commander Destroyer Squadron 50. Then, she was sent to the Navy International Programs Office, working on foreign military sales in the Middle East. In 2009, she became a military assistant for the Office of the Secretary of Defense, helping with the Wounded Warrior Care and Transition Policy. In 2012, Mitchell left the Navy as a lieutenant commander.

Mitchell has become an advocate for Veterans. She served as the president of the Dixon Center for Military and Veterans Services and as the president and CEO of the Veterans Village of San Diego. She is a board member at the Infinite Hero Foundation and the Vietnam Veterans Memorial Fund. She also is a member of VA’s Advisory Committee on Homeless Veterans.

On March 29, 2013, Mitchell met Tran, the Vietnamese Marine who saved her life. Her story has been covered by numerous news organizations and was featured in President George W. Bush’s book, “Out of Many, One: Portraits of America’s Immigrants.”