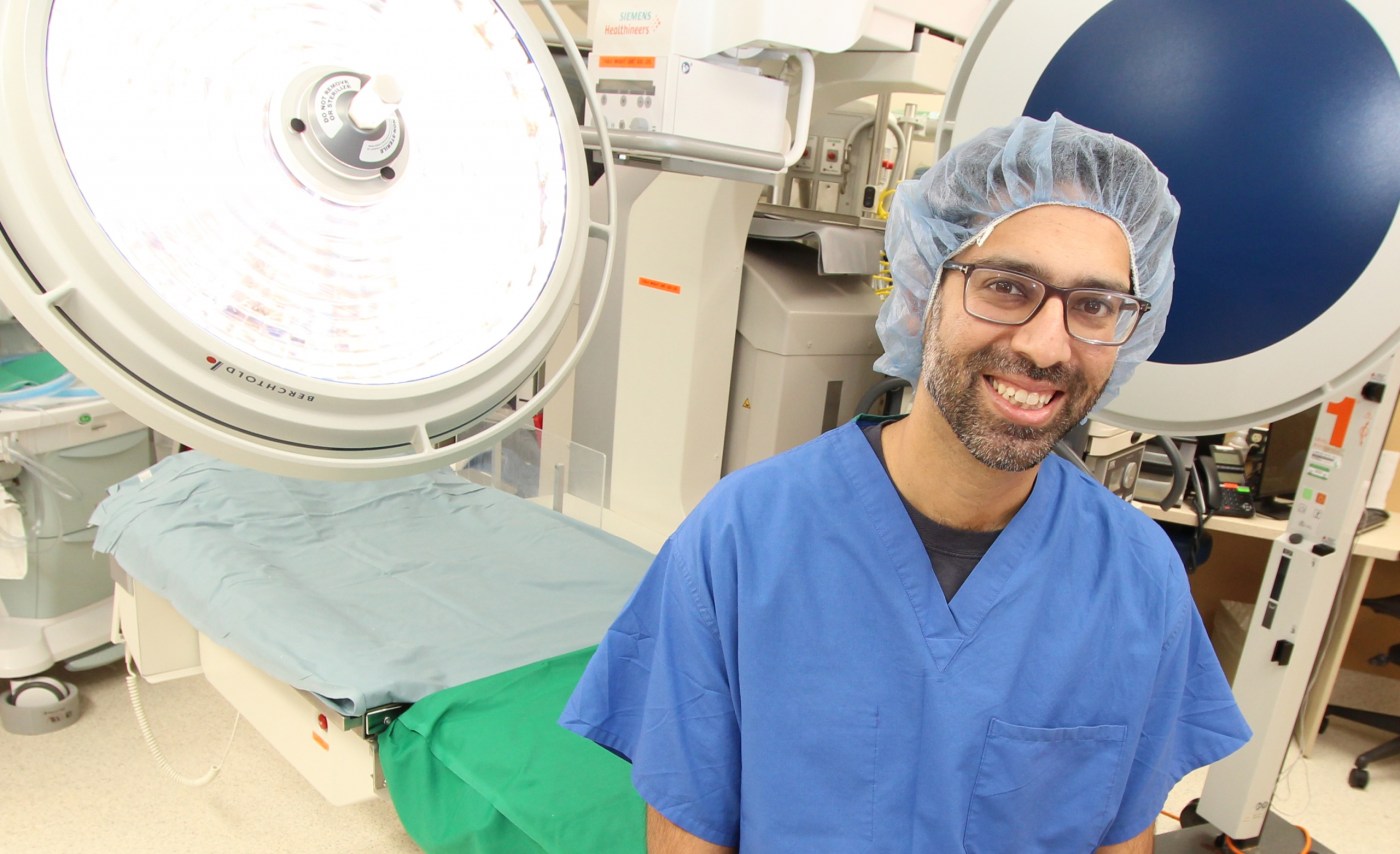 Prostate cancer is the most common cancer in American men, with one in eight being diagnosed with the disease at some point in their lives. At the same time, 90% of men who have prostate cancer will live on because the cancer remains localized and does not spread to other parts of the body. They will ultimately die of something else. This is defined as low-risk prostate cancer.

In the case of a 65-year-old patient with this diagnosis, for example, what would be the best medical approach?

Dr. Mohummad Minhaj Siddiqui, the director of urology for the VA Maryland Health Care System, is a major advocate of active surveillance. That means instead of opting for surgery to remove the prostate or radiation to zap the cancerous cells, properly selected patients would follow a series of monitoring procedures. They include blood tests to check the PSA (prostate specific antigen) score; MRIs (magnetic resonance imaging); digital rectal exams; and biopsies in which doctors examine prostate cells for signs of disease progression. Plus, new genomic tests are available to help doctors prescribe the best-targeted medication.

`Uncomfortable with the thought’

While active surveillance sounds like a logical approach for men with low-risk prostate cancer, especially given that prostate removal and radiotherapy can lead to urinary, bowel and sexual dysfunction, convincing patients to buy into it can be a challenge all its own.

“Fundamentally, many people are uncomfortable with the thought that they’ve been told they have cancer, but that they’re not going to do anything about it,” says Siddiqui, who is also an associate professor of surgery at the University of Maryland. “It takes a lot of explanation and coaching to make someone comfortable with it. Some people will never be comfortable with it. Active surveillance is not the same as ignoring the cancer or walking away from it. It’s a very engaged proactive process where you are closely monitoring the person.”

Over the past 15 years, active surveillance has become a popular practice in the medical community in cases of low-risk prostate cancer. Many men in that grouping have a PSA score of less than 10 and a Gleason score of six or less. A PSA score is like an alert that someone needs to be checked out. A Gleason score, which is calculated through a biopsy, predicts the aggressiveness of prostate cancer.

Many men with low-risk prostate cancer opt for treatment

Active surveillance is often recommended as a first-line treatment in various guidelines to avoid overtreatment and complications with surgery and radiation. The National Comprehensive Cancer Network, a non-profit alliance of 31 leading cancer centers devoted to patient care, research and education, recently reversed itself with new guideline language restoring active surveillance as a preferred approach for most men with low-risk prostate cancer.

Yet, almost half of men diagnosed with low-risk prostate cancer opt for immediate treatment, a rate much higher in the U.S. than in other parts of the world, according to Siddiqui. In addition to the skittishness patients may feel about living with the cancer, financial and legal pressures sometimes influence clinicians in the United States to recommend surgery, radiation or some other form of treatment, he says.

“There’s a mix of things that come into play,” Siddiqui says. “It’s important to remember that the practice of medicine is evolving, and even though today we are strongly advocating for active surveillance, that doesn’t mean that was the practice 5 to 10 years ago. The field is trying to push the envelope a little bit on who you can do [active surveillance] on, but that’s not the way it was before. Before, you were typically trying to be more conservative. So someone who’s been practicing medicine for 20 years and may not be in an academic environment may not be day-to-day in adapting to the newest changes.”