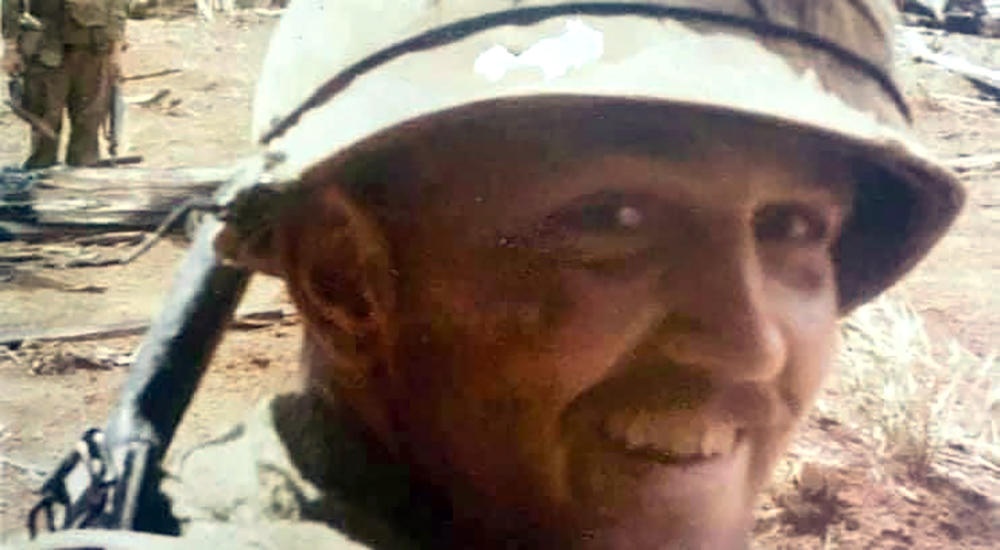 Carl Vinson VA peer support specialist Johnny Payne served with the Army in B company 1st battalion 7th Cavalry from 1969 to 1971 and spent a year in Vietnam.

He was awarded the Bronze Star, Air Medal for valor, Combat Infantry Badge, and the campaign medals of that combat theater.

Then, after doing everything his country asked him to accomplish while putting his life on the line on a regular basis, he returned home to a rude awakening, a “home” that opposed the Vietnam War and villainized U.S. troops and recent Veterans.

Payne vividly recalls being labeled a “baby killer” and other heinous names. Veterans, for the most part, are a proud bunch of people. But Payne found himself dodging questions about where he had been from members of his community who wondered where he went for a couple years.

He took it upon himself to change that narrative and served as the chairperson for the Vietnam Moving Wall Committee for a year starting in 1974. The wall, a replica of the monument in Washington D.C., was on display at Dublin VA for four and a half days, drawing approximately 15,000 visitors.

One of Payne’s biggest honors was serving as the chairperson of the Dublin VA Welcome Home Vietnam Veterans program that was a standing-room only success.

Payne at the Moving Vietnam Wall

While establishing himself as a pillar of the Dublin community, Payne was approached by Carl Vinson VA to be the Master of Ceremonies of the facility’s Veterans Day and Memorial Day programs in the early 1990s.

The way Vietnam Veterans were treated should never be repeated

He continued that tradition for more than 25 years while also being the keynote speaker at other events. His speeches were constant reminders that America needs to treat its Veterans like heroes and to ensure the mistakes of the past, how Vietnam Veterans were treated, are never repeated.

Instead of considering retirement, Payne accepted a position as a peer support specialist at Carl Vinson VA two years ago. He left his position as president of the Heart of Georgia United Way because he felt he could have a bigger impact on his Veteran community.

During the COVID vaccination clinic at Dublin VA, Payne set up a station outside the clinic to help Vietnam and other Veterans learn about VA benefits they may be eligible to receive.

His outreach to Veterans is important. Of the approximate 39,000 Veterans enrolled for VA health care, that’s roughly a third of the Veterans in Dublin VA’s 49-county area where most don’t know if they’re qualified for VA benefits.

As a VA peer support specialist, Johnny Payne’s career has come full circle, serving his country and demonstrating how caring for America’s heroes should look.

By James W. Huckfeldt Jr. is the deputy public affairs officer at the Dublin VAMC.