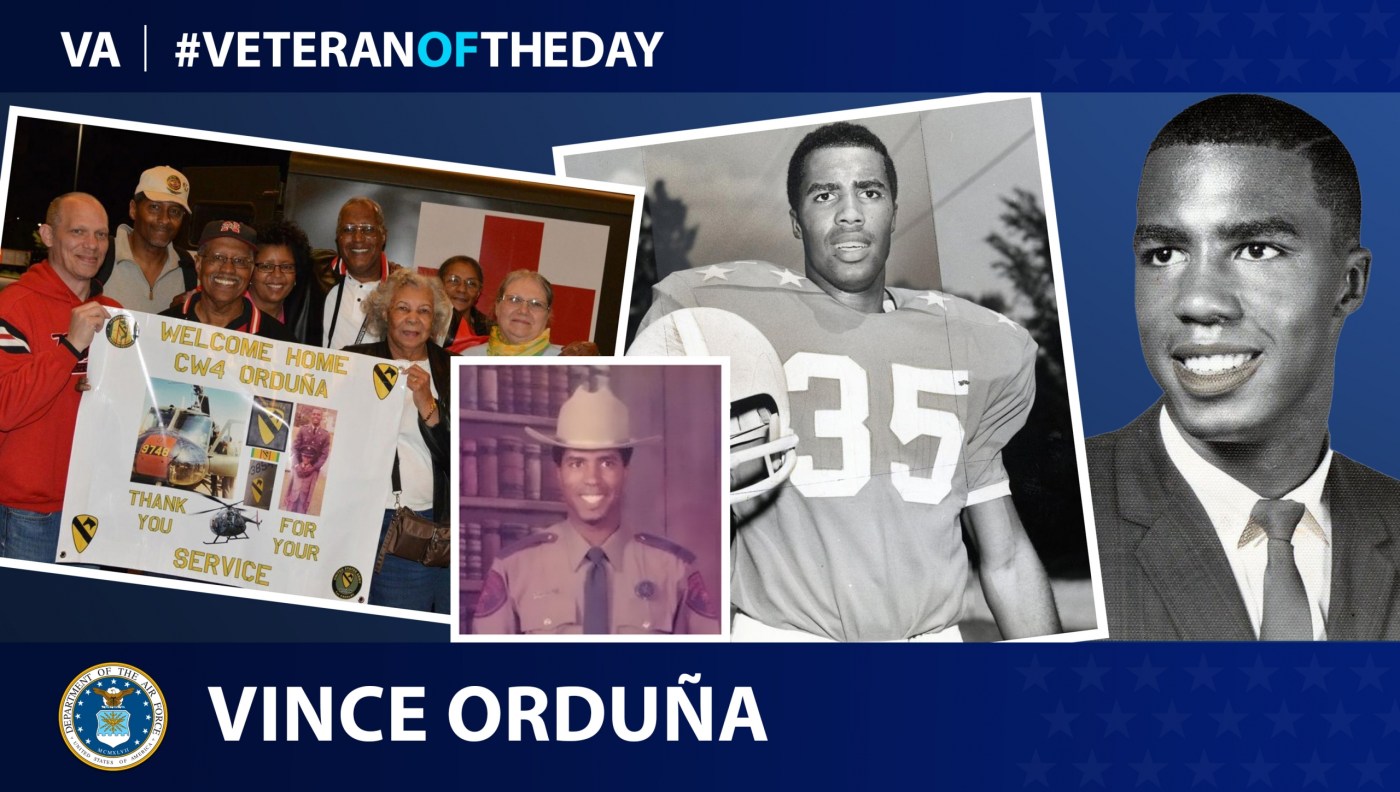 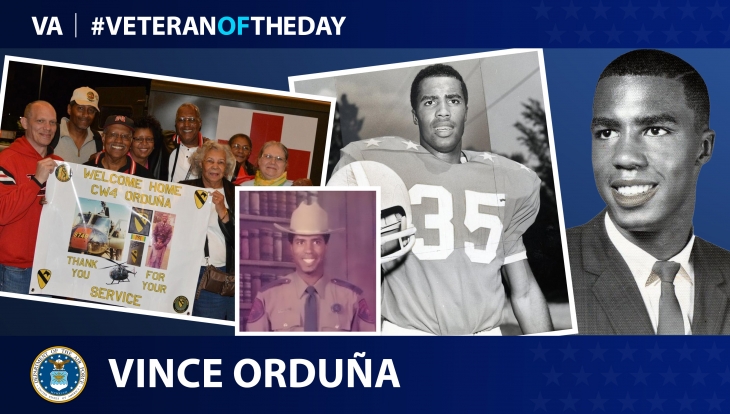 Army Veteran Vincent Orduña is today’s Veteran of the Day.

Vincent Orduña was born and raised in Omaha, Nebraska, the third of six children. He attended Omaha Central High School, where he was a standout athlete in track and football. He graduated in 1968 and was offered a football scholarship at the University of Nebraska-Lincoln. He chose to enter the military instead and enlisted in the Army in 1969. Orduña’s family had a history of military service. His grandfather fought alongside Pancho Villa in the Mexican Revolution; his father and uncles served in World War II; and one of his uncles, Ralph Orduña, was a Tuskegee Airman.

Orduña was stationed in the Mekong Delta region of Vietnam with the 1st Air Cavalry Division in early 1970. He piloted an OH-6A Cayuse helicopter, also known as a “Loach,” as part of a “hunter-killer” team. He was partnered with a Cobra gunship helicopter that served as the “killer.” His role as a “hunter” was to track enemy soldiers as close to the ground as possible and draw gunfire. The life expectancy for this position was an average of 45 days. Orduña flew for 120 days and survived being shot down four times. He returned to Nebraska in 1971 to wait for his next assignment, then spent two years in Germany and the following year in Texas.

Orduña was honorably discharged from the Army in 1974 at the rank of chief warrant officer four. He then worked as a Texas state trooper for 10 years and later held several other jobs in Washington state. During this time, he struggled with post-traumatic stress disorder (PTSD) from his time in Vietnam. He divorced and remarried several times. In the late 1990s, he returned to Nebraska, where he worked with the Omaha VA hospital’s police force and later in the records department.

In 2017, Orduña participated in a panel with fellow Vietnam Veterans. He spoke about his experiences, stating, “I saw people die on my right and on my left and nothing happened to me. For those that have been there, no words are necessary. For those who haven’t, no words will suffice.” When asked if he would return to fight in Vietnam again, Orduña answered, “For me, that’s a real easy question to answer. And it would be yes.” Today, he and his wife, Marcella, enjoy a peaceful life in Plattsmouth, Nebraska.