Veteran hits the pavement in fight to end Parkinson’s Disease 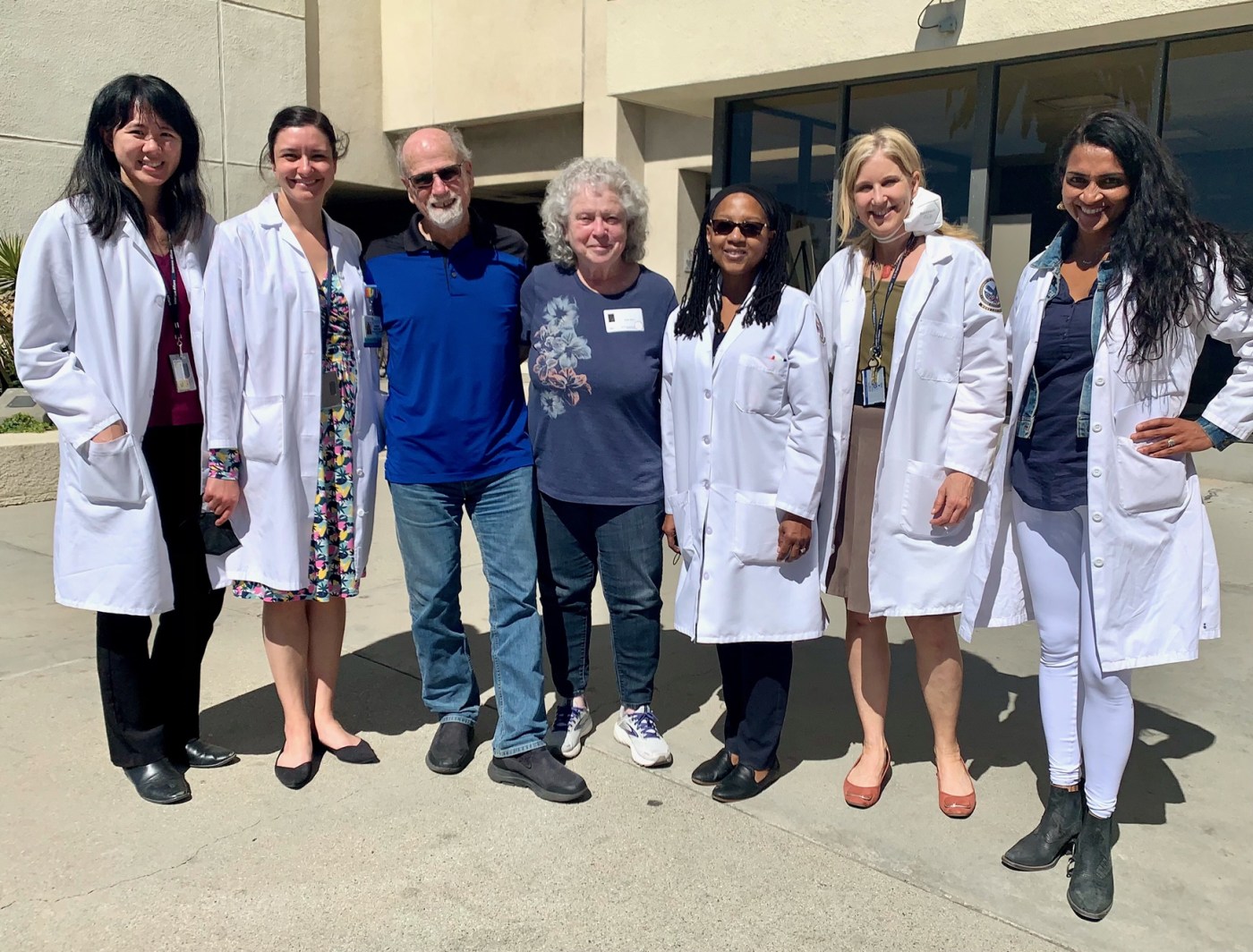 April is Parkinson’s Disease Awareness Month. More than 110,000 Veterans (and one million people in the United States) live with Parkinson’s.

Parkinson’s is a chronic neurological disease. Known as a movement disorder, Parkinson’s is caused by a loss of dopamine-producing cells in the brain. Typical motor symptoms include tremors during rest, stiff limbs, slow movements and gait, and balance problems that worsen over time. The disease progresses differently in every individual, which can make treatment challenging.

U.S. Navy Veteran John Ball spent his military career flying medevac missions during the Vietnam War. After his military service, he attended graduate school, where he noticed changes in his gait and balance.

“My left foot began to drag as I walked, and occasionally my toes would cramp so hard that I’d have to stop and take off my shoe,” said Ball.

He sought out specialists for 12 years as his symptoms worsened before he was diagnosed with Parkinson’s at age 39.

There are many things patients can do to maintain and improve their quality of life. Physical exercise offers many benefits, and various studies have shown physical activity helps brain health and slows the disease’s progression.

Ball says the disease doesn’t slow him down. In fact, he’s looking to outrun it, literally.

Ball, who has had a passion for running since he was a kid, often hit the pavement for some outdoor adventure. After his Parkinson’s diagnosis, he laced up his sneakers and put the disease behind him by participating in 5k and 10k races.

“I knew running gave me the strength to manage my symptoms better,” he said.

At 51, he decided to run his first marathon. After he experienced how running and other exercises slowed the disease’s progression, he encouraged others to do the same.

Ball said, “My advice to people is to find an exercise they enjoy. If you don’t like running, try swimming, bicycling or lifting weights, but make sure you get your heart rate up and your blood flowing. Find something you love to do and do it as often as you can.”

“I became an advocate.”

With encouragement from friends and family, Ball decided that if he could do something positive about his diagnosis, he should. He became a fierce advocate for Parkinson’s awareness and research, and regularly led discussions about the disease. 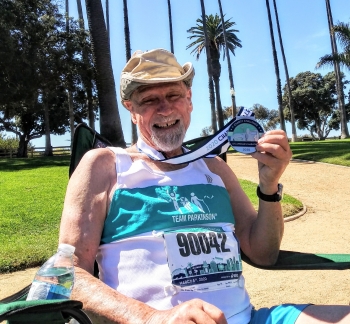 “I became a patient advocate, and I recognized the huge need for awareness and funding for Parkinson’s research,” noted Ball.

Together, with his wife and friends, Ball formed Team Parkinson.

Since 1999, Team Parkinson has served as an official charity of the Los Angeles Marathon, raising more than $3 million to support scientific research and raise awareness about Parkinson’s disease.

“Team Parkinson helped define the value of exercise as a component of disease management,” said Ball. “I am living proof that exercise is the best strategy we have for managing the impact of Parkinson’s on long-term quality of life.”

Even though the exact cause of Parkinson’s disease is unknown, research suggests genetic and environmental factors may play a role. Furthermore, for some Veterans, the disease may be linked to exposure to Agent Orange or other herbicides while serving in the military. While there is currently no cure for Parkinson’s, many effective medications and treatment options are available, and VA has resources to help. 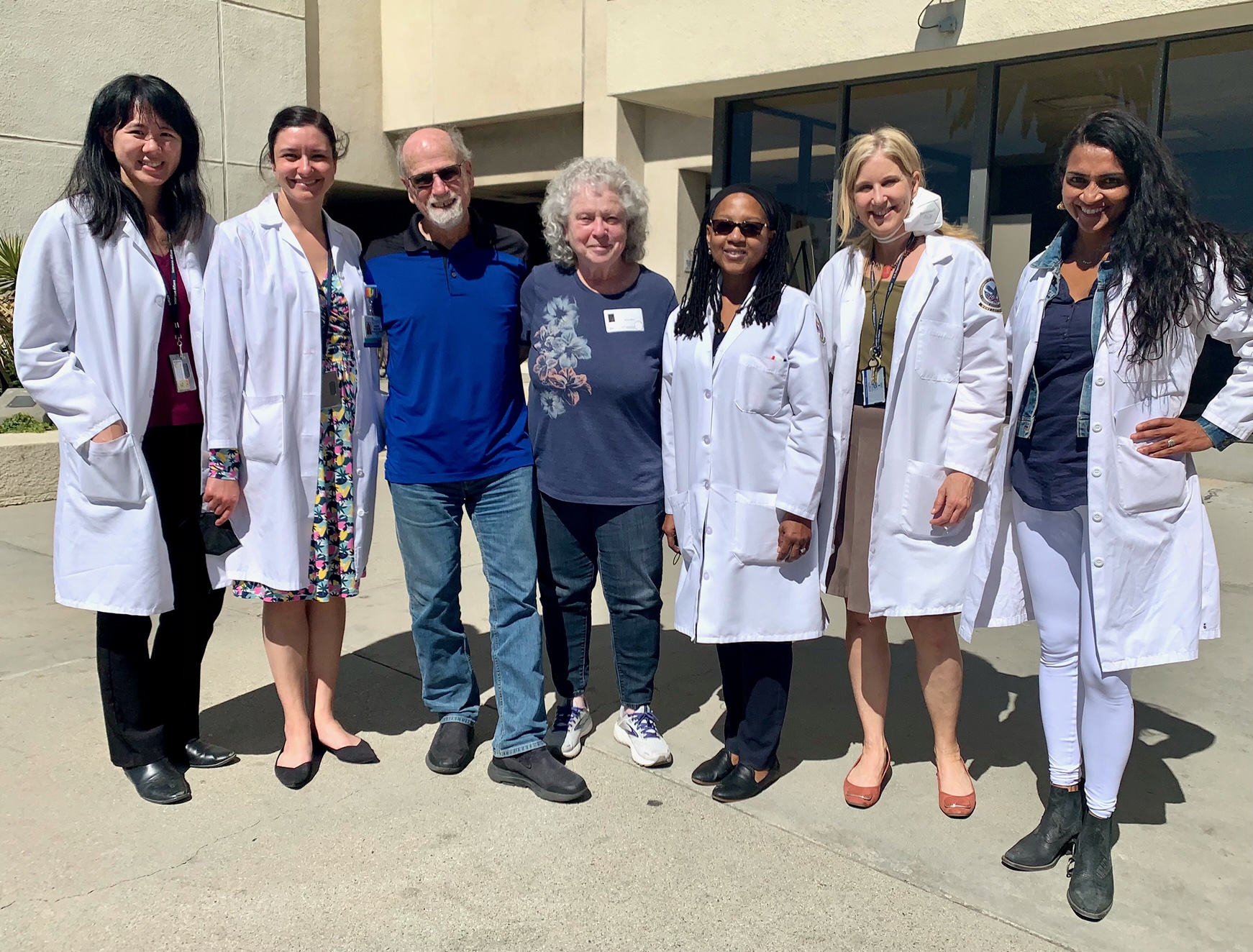 “A Veteran with Parkinson’s can be seen by a neurologist, a geriatric psychiatrist, a geriatrics fellow, a neuro-pharmacist and a nurse coordinator all in one clinic visit,” said Dr. Subramanian.

“VA is also open to integrative medicine approaches with a program called Whole Health. This allows Veterans access to acupuncture, yoga, Tai Chi, mindfulness and health coaching. We can also really delve into issues caused by non-motor symptoms such as depression, anxiety and apathy to really improve quality of life for our Veterans with Parkinson’s.”

Ball, who receives his care at the Los Angeles VA Medical Center PADRECC, credits VA and Dr. Subramanian for helping him manage his symptoms.

“She is an absolute delight,” said Ball.” Not only is she an excellent doctor, but she is on the leading edge of treating Parkinson’s symptoms. She truly cares about her patients.”

“He is an inspiration!”

Ball recently celebrated his 78th birthday and continues advocating for people living with Parkinson’s disease. He plans to participate in the 2022 Parkinson’s Unity Walk to help raise critical funds and awareness for Parkinson’s.

“He is an inspiration to our community,” said Dr. Subramanian. “He has connected many people and has been an amazing advocate for exercise as medicine. He embodies hope, dedication, love and inspiration.”

Veterans diagnosed with Parkinson’s disease who served in-country or on the inland waterways of Vietnam between January 9, 1962, and May 7, 1975, are presumed exposed to Agent Orange or other herbicides and are eligible for presumptive service-connection. To learn more about Agent Orange and other military exposures, please visit VA’s Parkinson’s Disease Research, Education and Clinical Centers.