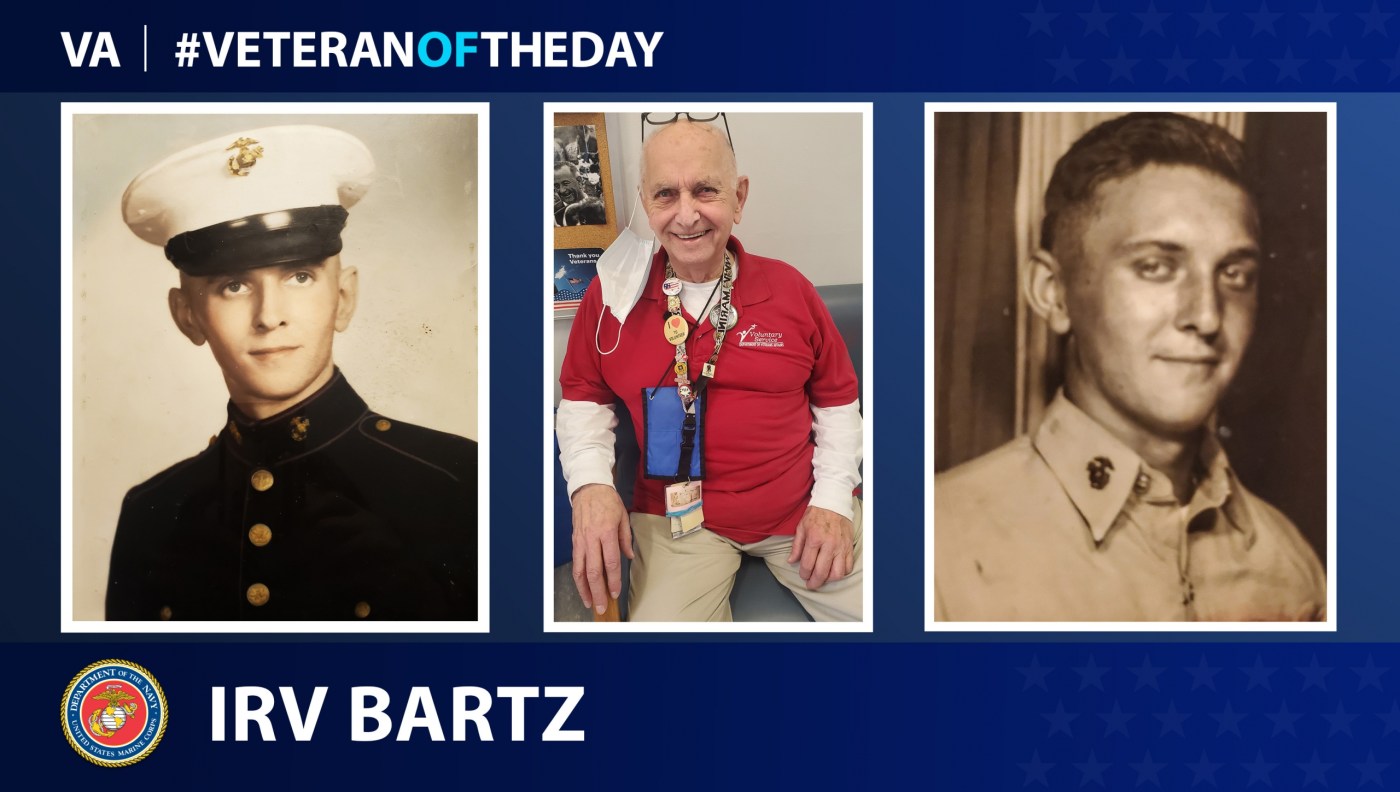 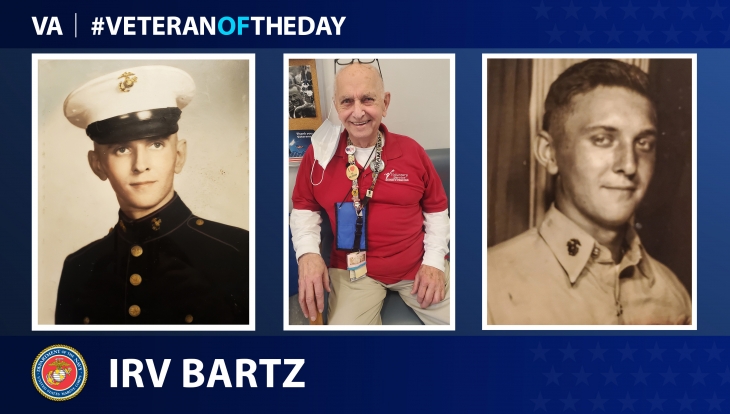 Today’s #VeteranOfTheDay is Marine Veteran Irvin Bartz, who served six years in the Marine Corps, followed by another 27 years serving as a VA volunteer.

Irvin “Irv” Bartz was born in Batavia, New York, in April 1940. Bartz came from a military family and had seven uncles who had served in the armed forces: four in the Army, one in the Army Air Corps and two in the Marines. After three of his uncles were wounded during World War II, Bartz visited them at the Batavia VA Hospital while they recovered.

Bartz himself decided to join the Marine Corps in 1958; he told his worried mother that he would be fine since Marines always looked out for each other. He completed basic training at Parris Island, South Carolina, then boarded a bus headed for Camp Lejeune in North Carolina for additional training as an infantryman. When Bartz arrived at Camp Lejeune, North Carolina was experiencing its heaviest snowfall in decades – reportedly 12 inches – and the camp barracks were fully occupied by Marine reservists from New York, forcing Bartz and the other members of his regiment to construct pup tents for shelter. Bartz misplaced the dress gloves that were meant to protect his hands, leading him to develop frostbite in the mornings.

Soon after, a group of non-commissioned officers requested three volunteers to serve as typists; Bartz, believing that spending a few hours at a typewriter would help to warm his fingers, volunteered. He was stationed at division headquarters in Vieques, Puerto Rico. Because Bartz would be working with classified information, he had to receive a security clearance, a process that took nearly three months. Afterward, he would make daily trips by helicopter delivering classified material to field officers before returning to Vieques. Bartz served as an active-duty Marine until 1962, followed by an additional two years in the Reserve.

Following his discharge from the Marine Corps, Bartz returned to the United States and married his longtime girlfriend. He would volunteer to drive Veterans to church services on Sundays. Bartz enjoyed it so much that, in 1995, he began volunteering at the Batavia VA Medical Center. He has remained there for the past 27 years, contributing a total of nearly 10,000 volunteer hours.

In addition to his contributions to the VA Medical Center, Bartz also volunteers for other organizations in his community. He has volunteered as a teacher’s assistant at several schools in Batavia and helps with the lunch program at his granddaughter’s school.